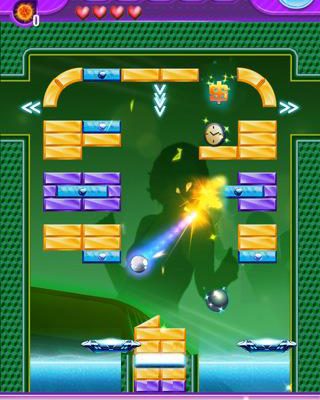 The block-breaker genre is older than dirt. Heck, the first real videogame, an oscilloscope tennis game, was the precursor to Breakout, Arkanoid and even Ninendo’s Alleyway. At this point, it’s a big surprise to see anyone do something new, particularly a big company like Gameloft. And yet, Block Breaker 3 Unlimited brings something incredible to the table that makes it a must-play arcade game.

The “something” isn’t the core mechanics, which is everything we’ve seen before. Cool power-ups aplenty do add some dynamism, including elemental changes to the ball, multipliers and explosions. But otherwise, it’s all about keeping the ball in play, like usual. Not that this is a bad thing; if it ain’t broke don’t fix it and all that. 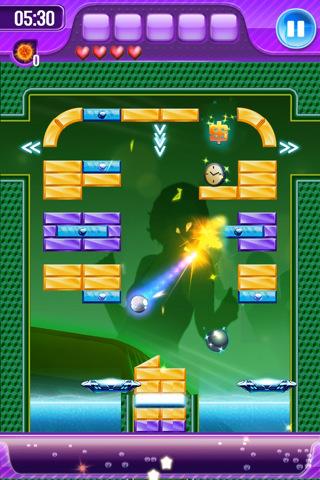 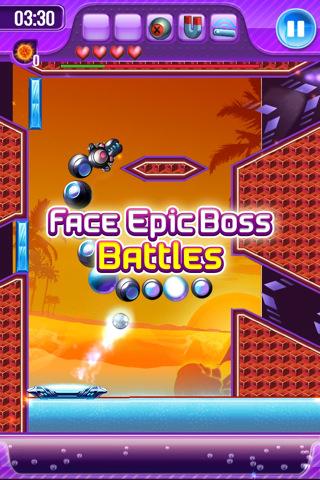 No, this “something” is the most amazing level design, and the stroke of brilliance in Block Breaker 3 Unlimited. Rather than the goal being about breaking every block or defeating every enemy, your goal is to guide your ball to a large star at the end of the level. However, the level is multiple screens big, and in multiple directions! Imagine the ability to navigate a maze, where you could knock the ball to the left or right, going through long, winding tunnels to another challenge, but if you drop down, it goes back to the start position. You also have to lock multiple balls before certain gates are triggered. All this mania is happening with a timer that’s constantly counting down. But here’s the kicker: If you leave any bricks unbroken on your journey to the star, you’ll lose points at the end for every orphaned floating cube.

In each of Block Breaker 3 Unlimited‘s seven zones you’ll face off against a smarmy opponent, trash-talking and strutting their stuff. After navigating the different levels in a zone, you’ll face off against a large boss character. Upon their defeat, you’ll unlock two more secret levels per zone, all in an effort to earn gold stars and cash to purchase items, upgrades and perks in the in-game shop. All in all, there are north of 80 levels, which will keep you quite busy.

The aforementioned shop allows you to purchase perks or items you can have at the start of a level if you’re having trouble. Block Breaker 3 Unlimited also features some microtransactions to stock up on in-game items as well, but you probably won’t need them. 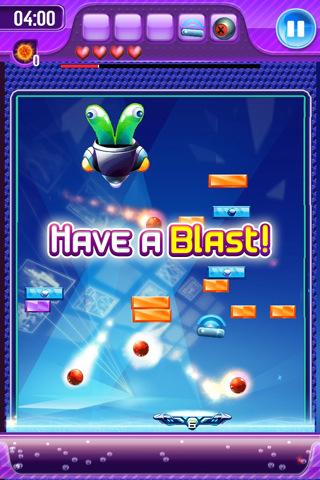 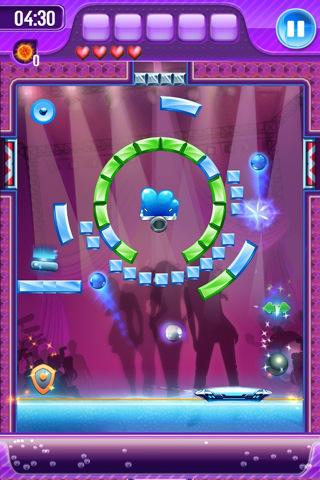 The only reasons you’ll have trouble with Block Breaker 3 Unlimited are probably due to either some touchy control issues or the occasional cheap level design. The controls are either accelerometer or touch-based. The accelerometer isn’t really intuitive when you’re trying to manage some of the more intense, later levels. The problem with the touch, though, is that rather than simply just dragging your finger under the paddle, if you tap somewhere the paddle will jump to where you touched, making the ball whiff right past where you wanted to be.

As far as level design issues go, sometimes Block Breaker 3 Unlimited starts with the blocks almost impossibly close to the bottom of the screen. Coupled with the control, some levels will destroy your extra life counter before you get to the second room. It’s nothing you can’t overcome with some practice (or a perk), but seems unnecessarily difficult at times. The awkward touch sensitivity extends to some menu items as well. In spite of highlighting, it took three or four taps before the menu accepted the prompt.

None of these issues are game breaking, so much as they’re mere annoyances. Don’t let them get in the way. Sure, some better control and a couple of level redesigns would add to the score at the top. But if you enjoy any kind of fast, fun arcade gameplay, you’d do well to download Block Breaker 3 Unlimited. It pushes the boundaries of what a ball-breaking game is, and is absolutely worth your time, effort and money.