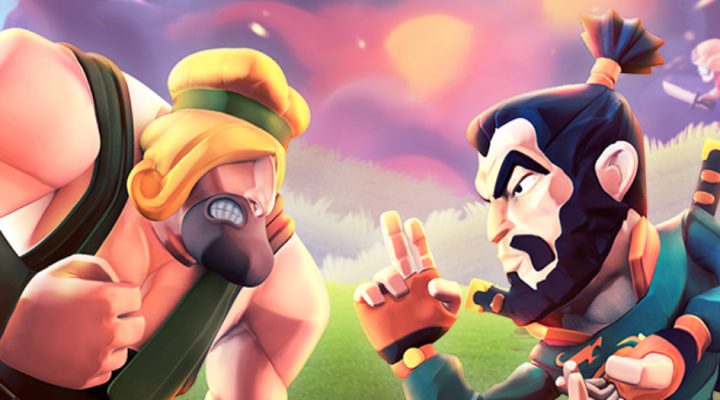 A fun and easy to understand casual MOBA.

Always a fight to be had.

A little too derivative.

Loses its shine after a few losses.

Not as well balanced as its inspiration.

The original Blitz Brigade was essentially Gameloft’s take on Team Fortress 2. It was a free-to-play FPS with a whacky cast of characters and a cartoon art style. This sort of sequel, on the other hand, is the big G’s take on Clash Royale.

And if you’ve ever played Supercell’s smash hit, then you know exactly what to expect here. If you haven’t played Clash Royale, well that’s probably a better place to start with the casual mobile MOBA genre than this to be honest.

That’s not to say it’s a bad game, far from it in fact, but it lacks that beautiful compulsion that made Clash Royale the sort of game that you ended up losing days and weeks of your life to. 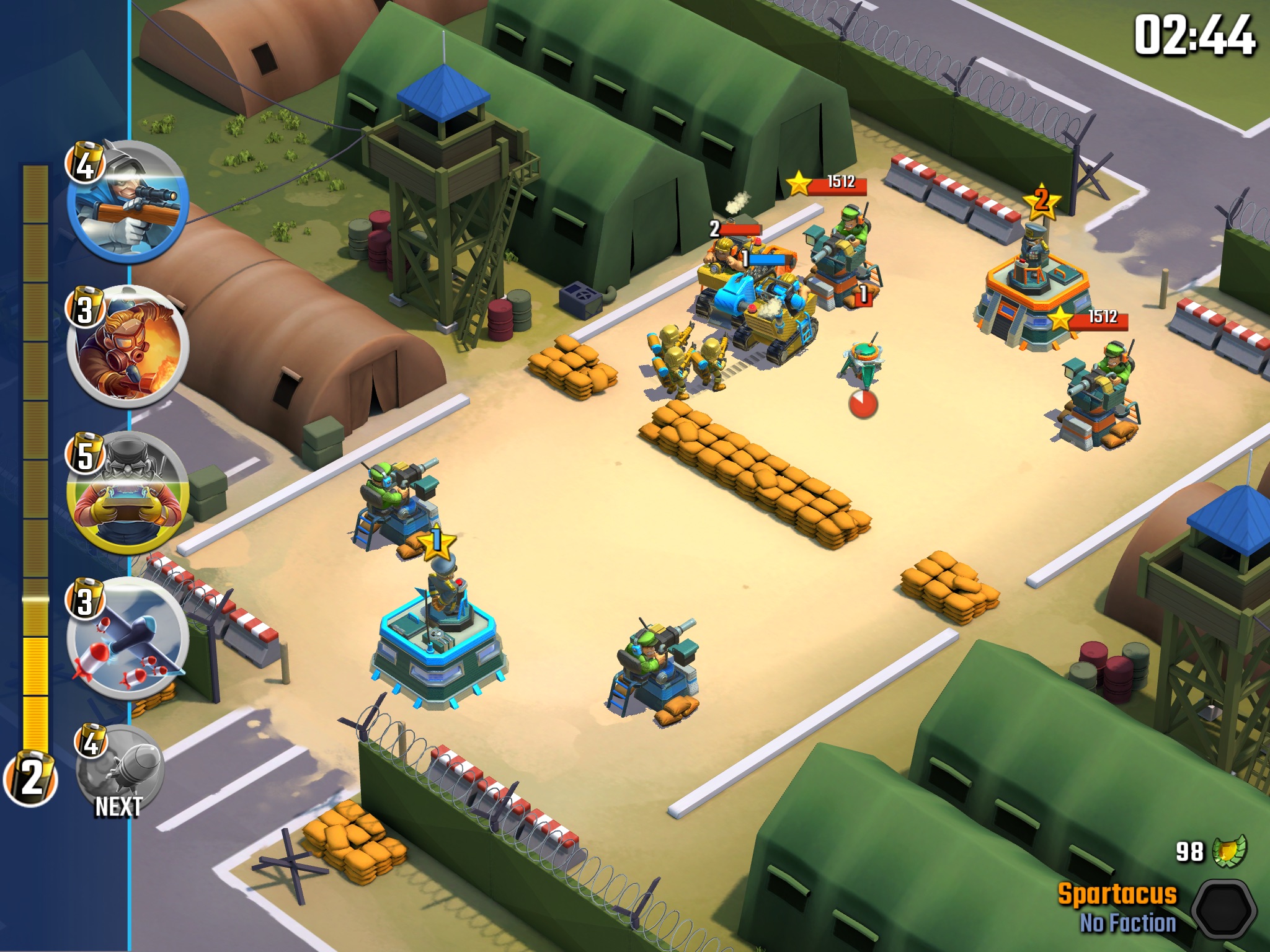 There’s a military theme running through Rival Tactics. Your bases are gun turrets, your units are snipers, tanks, and jeeps. Games take place over a three minute stretch, and you’re throwing your units out onto the map to try and destroy your foes HQ before they smash yours.

You’ve got an energy bar in the left of the screen, and every unit you select will take a chunk out of it. It refills automatically, but if you don’t have enough juice you’re going to have to wait before you unleash your big guns.

The game is all about balancing attack and defense. You can start chucking out units a few seconds after the game starts, but that’ll leave you vulnerable to attack if your opponent is smart and waits for their bar to fill up before they begin their onslaught. 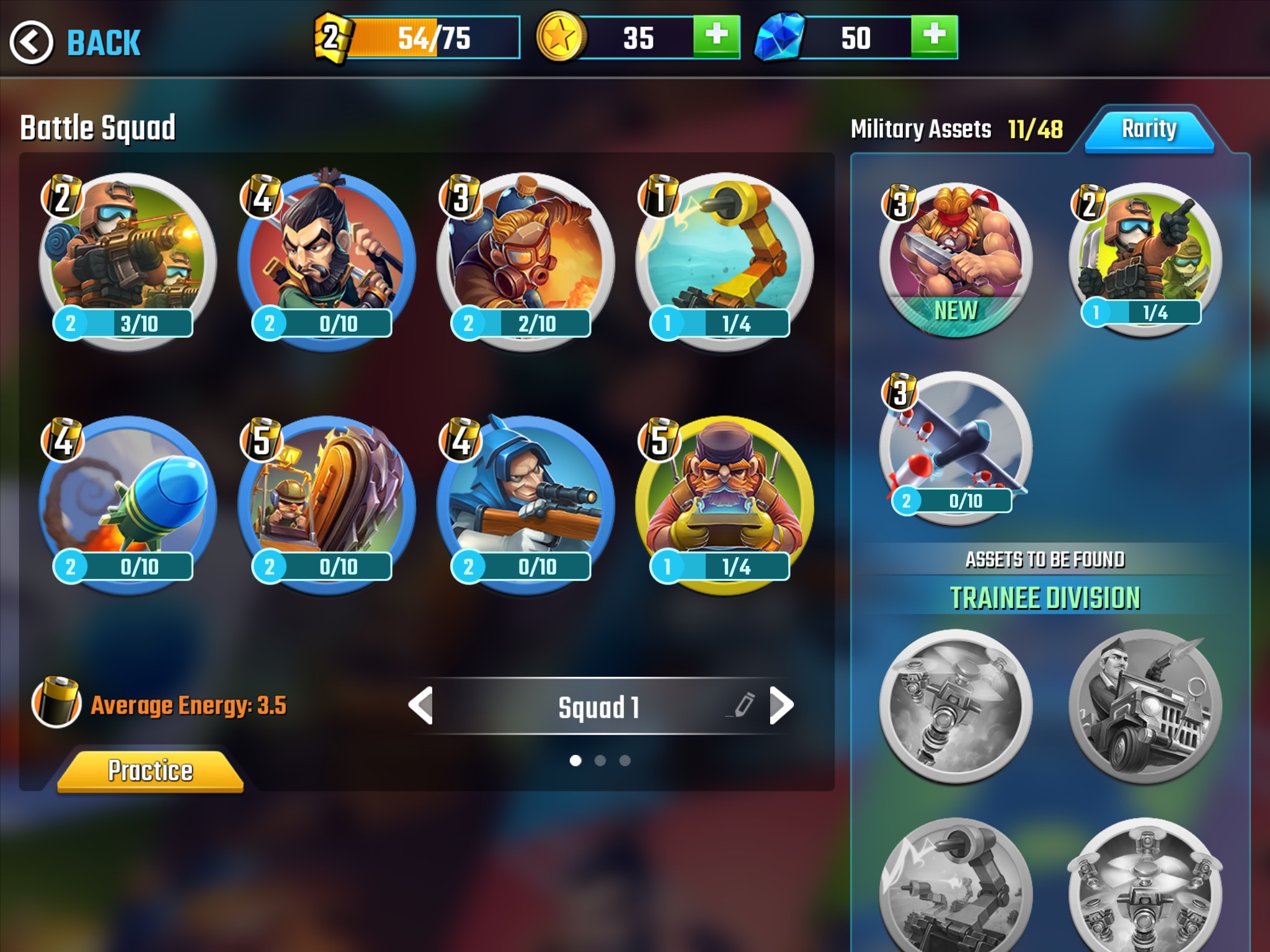 After a couple of tutorial missions against the computer you’re tossed into the heart of the game — its multiplayer. Here you’ll face off with other players in real time, with the winner reaping new rewards and moving up the ranks. Like I say, it’s very much in the Clash Royale mold.

You’ll get crates every time you win a fight. These take time to unlock, so you need to wait before you get the goodies that you’ve earned. There are some problems here though that keep the game from reaching the apex of the genre.

For starters the balancing feels a little bit off. I’ve played a good few games now, and I keep getting paired up against players who are just too strong for me to have a chance of defeating. And then there’s the familiarity of the gameplay. 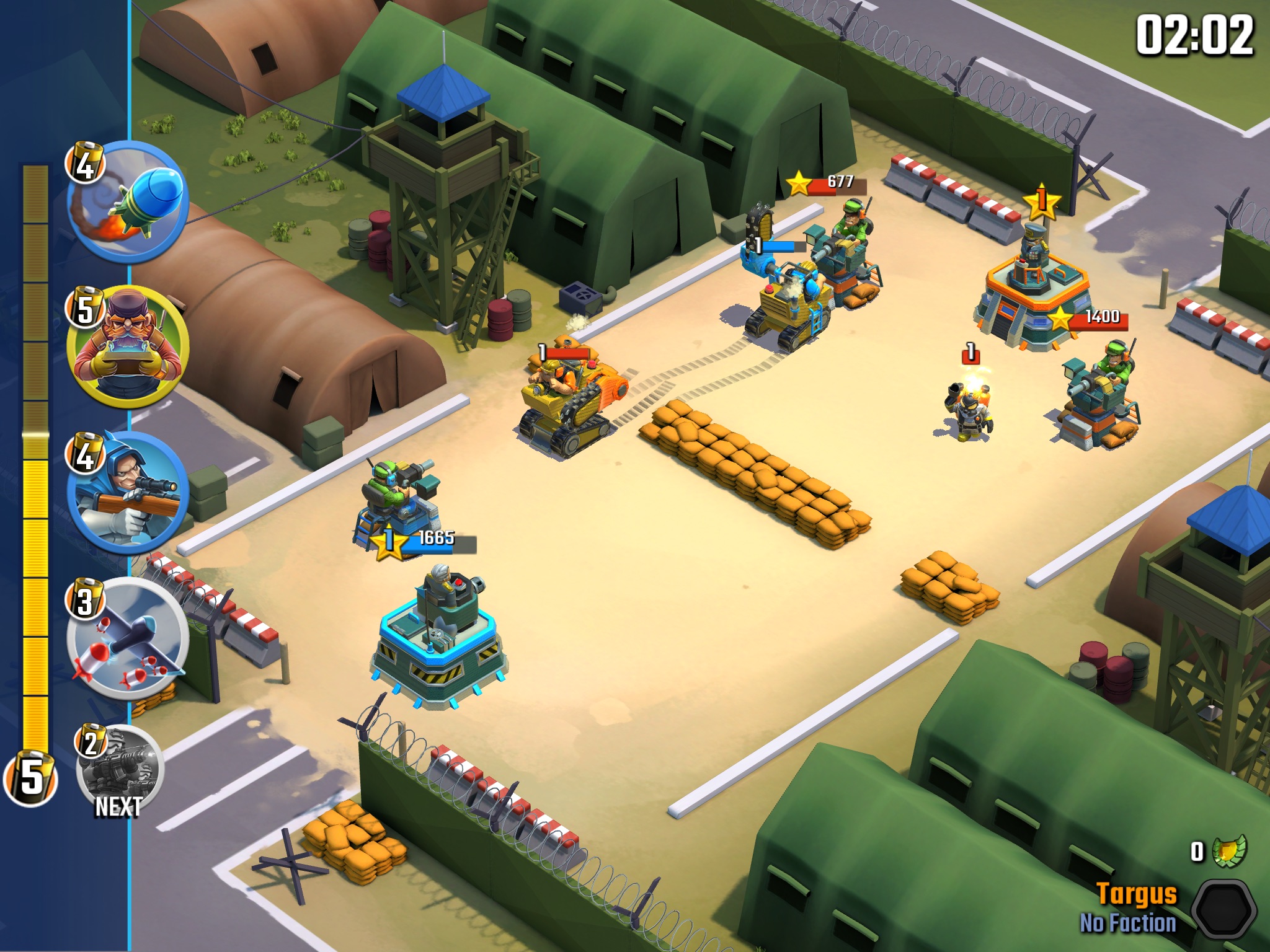 This sort of bleeds through everything that Rival Tactics tries – the simple fact that it doesn’t really try anything new. Yes, the units are different and put their own spin on things, but in the end this feels a lot like a re-hashing of Clash Royale, and one that loses a lot of the charm and heart of the original.

Don’t get me wrong, there’s fun to be had here, but it’s fun that you’ve probably already had somewhere else. If the swords and sorcery stylings of Clash Royale put you off then you’re probably going to get along with Blitz Brigade: Rival Tactics a lot better. It’s got guns, lots of guns.

But in terms of the beating heart of the game, it all feels a bit like a transplant. And if you do get stuck in, after a while you’re likely to feel the pull of Clash Royale dragging you away to bigger and, ultimately, better things.