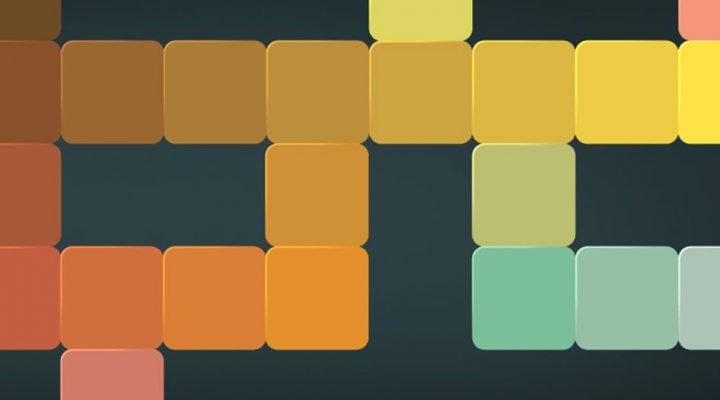 Strengths of original gameplay mode remain in this version

New features are enjoyable and expand the scope of the game

Tons of free gameplay and IAPs are reasonable

Lack of instructions on new features

The greatest risk of a sequel is failing to live up to its predecessor, but there are a handful of examples of a second installment actually surpassing the experience of the first. The Godfather Part II, Terminator 2, The Dark Knight — and now Blendoku 2.

Blendoku 2 is everything you loved about Blendoku with the best possible improvements and new features. And if you never played the first version, jump right into Blendoku 2 and experience all the color you’ve been missing; I promise, you don’t need to have played the first to love everything about the second.

The premise of Blendoku 2 remains the same as the original color puzzler: move tiles of solid color into a hue- or shade-based spectrum, leading logically from one color to another. Each tile must share part of its color composition with any tile to which it is adjacent. Putting colors in order may seem like an easy task at first, but once you advance beyond the simple light-green-to-dark-green puzzle you’ll realize that getting from magenta to chartreuse to navy blue with only some tan and yellow tiles requires some mental gymnastics. 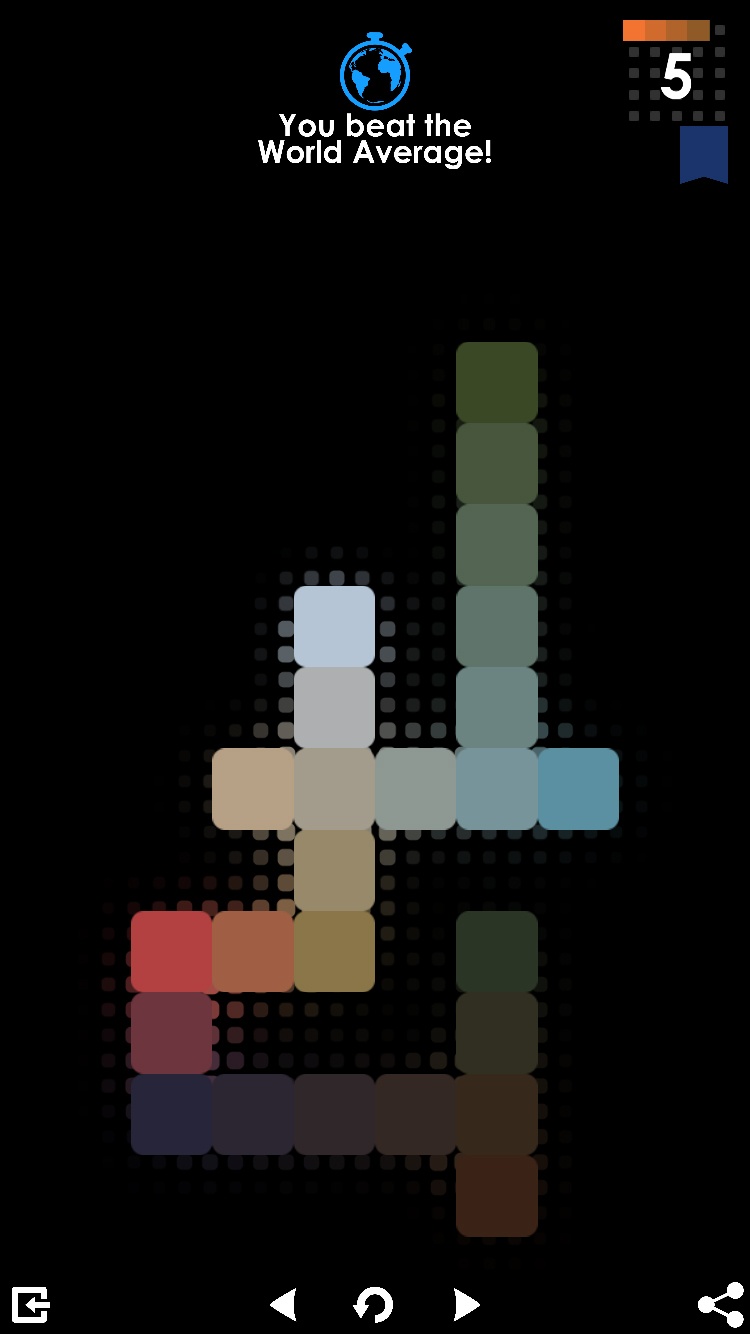 Levels that remain true to the original game include tiles which are “locked” in place to serve as signposts that provide direction on where to place colors. It is from these same constraints found in Sudoku that the name “Blendoku” derives.

Having not completed the original game, I don’t know for sure if “keyless” or “decoy” levels existed in it. If they did, I can say that an improvement in this version is granting access to them so much sooner. In the keyless levels there are no locked tiles, and the player must assemble the entire board with no direction. Decoy levels provide more tiles than slots available, making a perfect score even more difficult to attain. These levels offer some variety from the standard levels. Other small improvements from the original include the elimination of the distracting grid lines that appear when moving tiles and an option to lock tiles in place while you move others around; this is particularly helpful on very complex boards or very small screens. The ability to change the hue of a board in “colorblind mode” is also fun; all of the colors change, but maintain the same chromatic relationship to one another.

New big features include a “painting gallery” where you create a spectrum of colors based on the key pigments used in famous paintings. Individual paintings, all framed and hanging on your in-game wall, unlock as you complete levels. Perhaps the most exciting addition to Blendoku gameplay is turn-based multiplayer. Paired against friends or random players, you can load up your multiplayer board with ongoing matches. Drop two colors onto a gameboard and wait for your opponent to play theirs; whoever earns the most points on the board wins. The boards are fun, the matches are mellow, and it adds an engaging new type of gameplay to an already great experience.

I would be remiss to not share the few minor details that irked me about Blendoku 2. I wasn’t sure what to do in the painting level and even after completing several paintings I still wasn’t clear on how my decisions effected the outcome. In multiplayer, it also took me a few moves to realize that the numbers in the empty slots were actually the value of that slot, so that’s where I should have been placing my pieces. One line of explanation for both of these would help immensely. Finally, I would love the last color tile to autofill into the last slot. It’s a little thing, but I feel like it’s a wasted gesture. 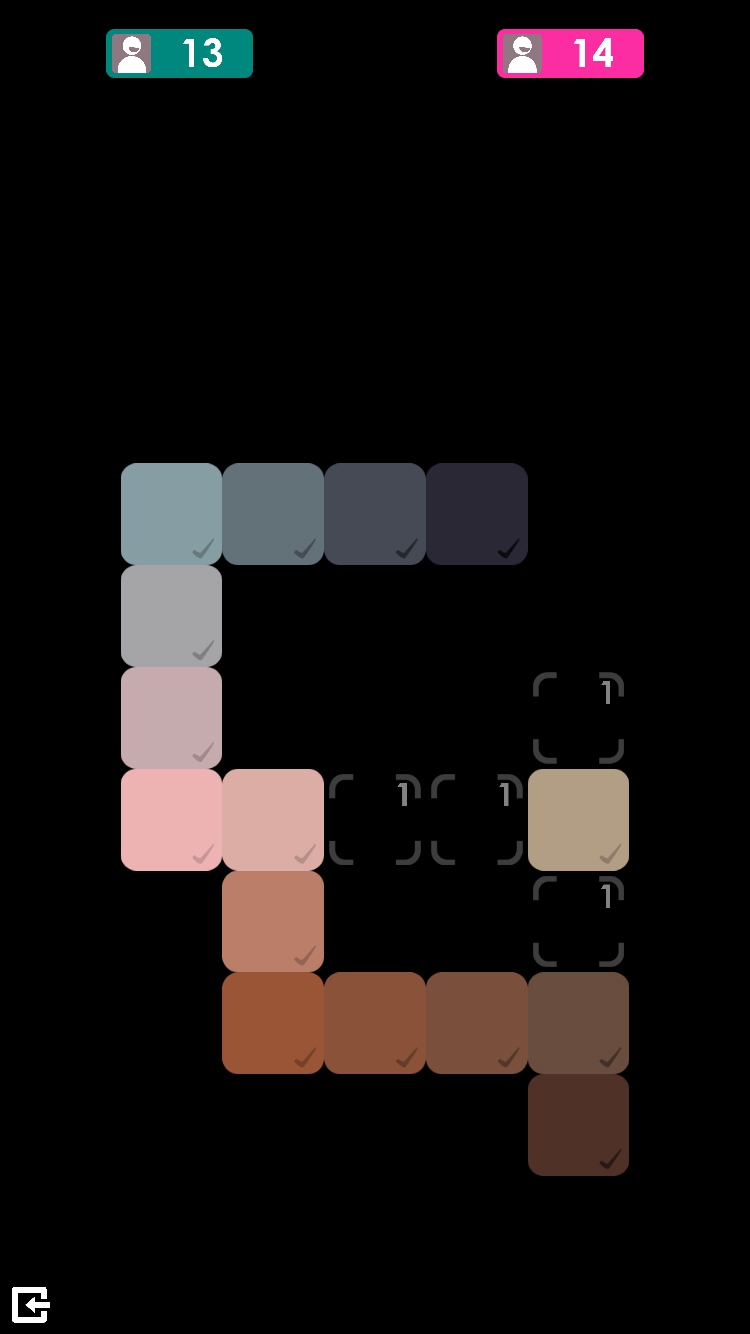 Blendoku 2 is free to download, and with 500 free levels plus multiplayer, you will get so much fantastic entertainment without hitting a paywall. And, in one of the most reasonable IAP offerings possible, if you purchase anything from the store all ads are removed and you’ll receive unlimited turns in multiplayer. This season, Blendoku 2 is the colorful gift that keeps on giving,