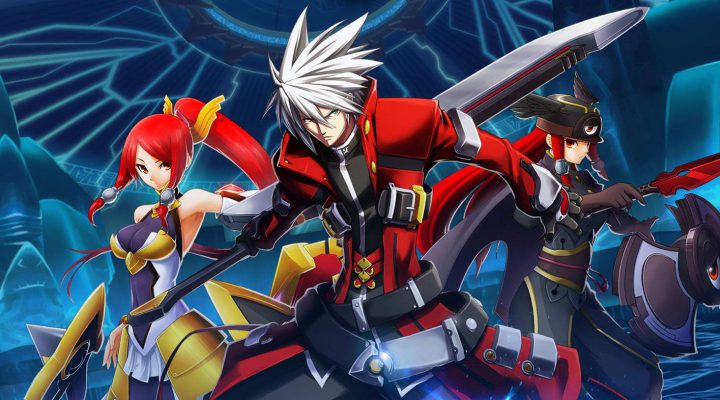 Might be a bit shallow for fans of the main series.

Still a little on the grindy side.

The console and arcade versions of Blazblue are renowned for their intricacy. They’re considered by many to be the zenith of the 2D fighting genre, a masterpiece of precision, timing and balance. And in a weird sort of a way, Blazblue RR does that for the casual RPG. It’s far more in-depth than the cartoony side-scrolling brawlers you might be used to, and while it has the similar grindy, loot-collecting rhythms, you feel much more involved.

Yes you’re still hacking and slashing your way through an army of goons, gaining new equipment and advancing your skills. But the battling mechanic is sharp and wonderfully engaging. 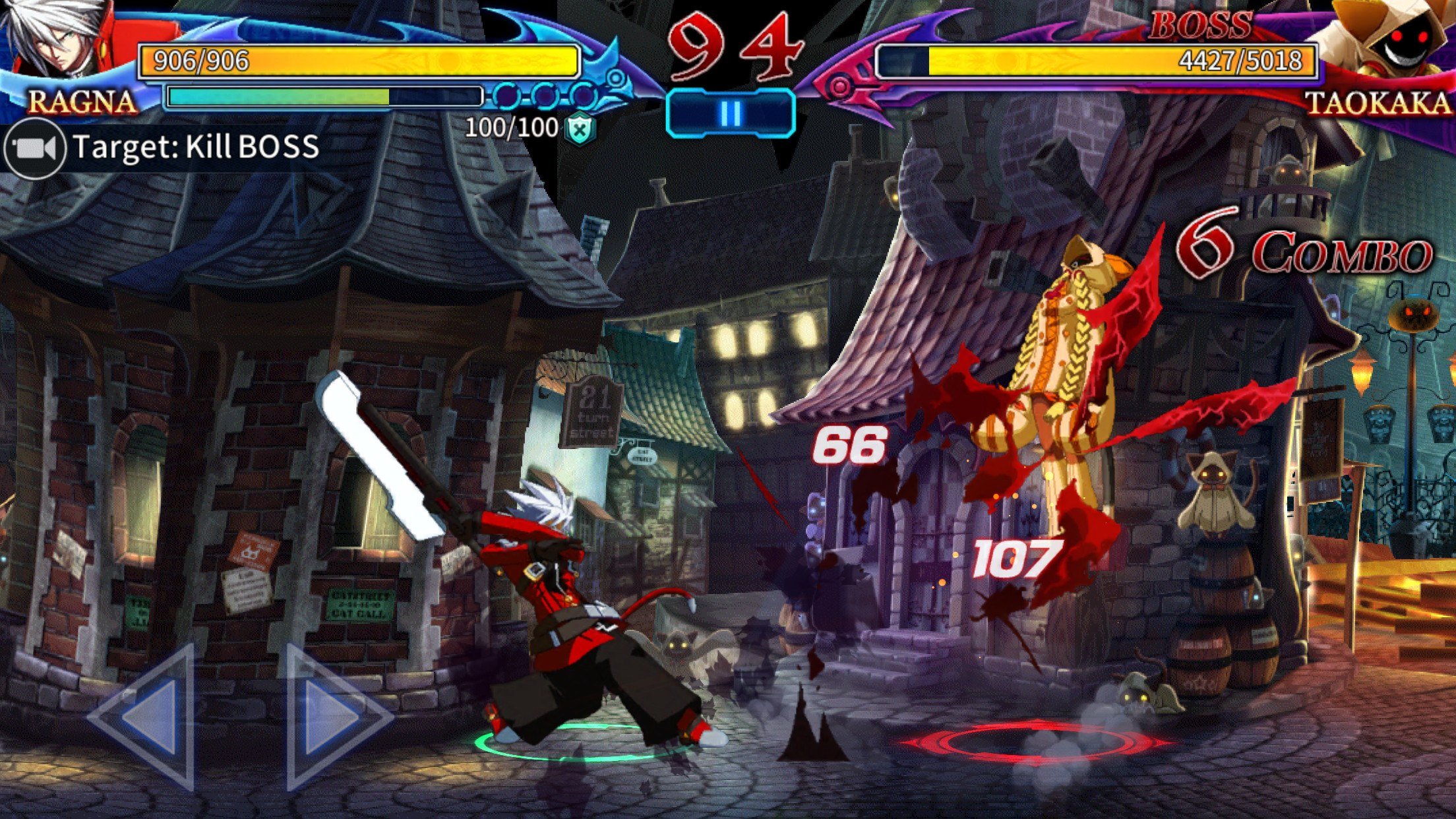 The game sees you controlling one of the characters from the main games, with more to unlock or tag along or fight as you make your way through the levels. There are two buttons in the bottom left that control your movement. Double tapping one of them sets you off in a dash. Your moves are handled with the right side of the screen.

You can tap out combos, but the interesting chains come from swipes. Swiping up, down, or towards an enemy sets you off on a bit of a rampage. You can combine these moves with taps, swipes, and dashes to create crazed chains of slashes and violence.

As you play you get skill points that let you make your moves more powerful. You can unlock specials as well, which can really turn the tide of a fight if you use them at the right time. 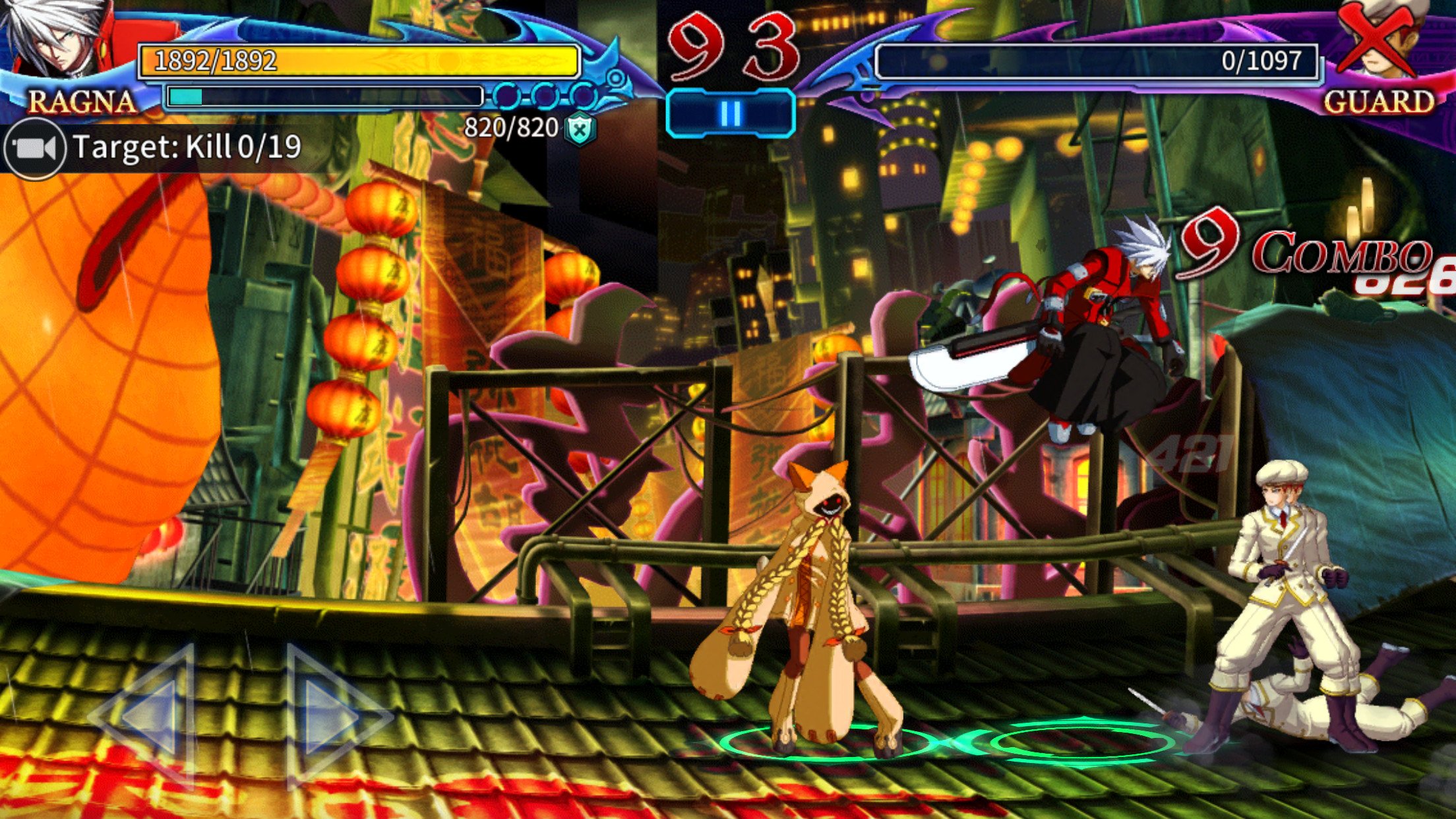 Those fights are essentially wave-based. Smash a bunch of goons, then face off against a boss. You won’t be particularly challenged to begin with – you’re overpowered for the early chunk of the game, and any damage you do take will be minuscule. Inevitably the deeper you get the more difficult things get, and you’ll need to get to grips with all the mechanisms the game throws at you for making your character stronger.

Interestingly it also gives you tutorial missions that show you the moves you can perform. In a genre where you’re usually just holding down a button and letting the chaos spread, that’s a really refreshing change.

It keeps things interesting by throwing different styles of mission at you too. Sometimes you need to protect an ally, other times you get a cannon that you can fire by giving it a whack. 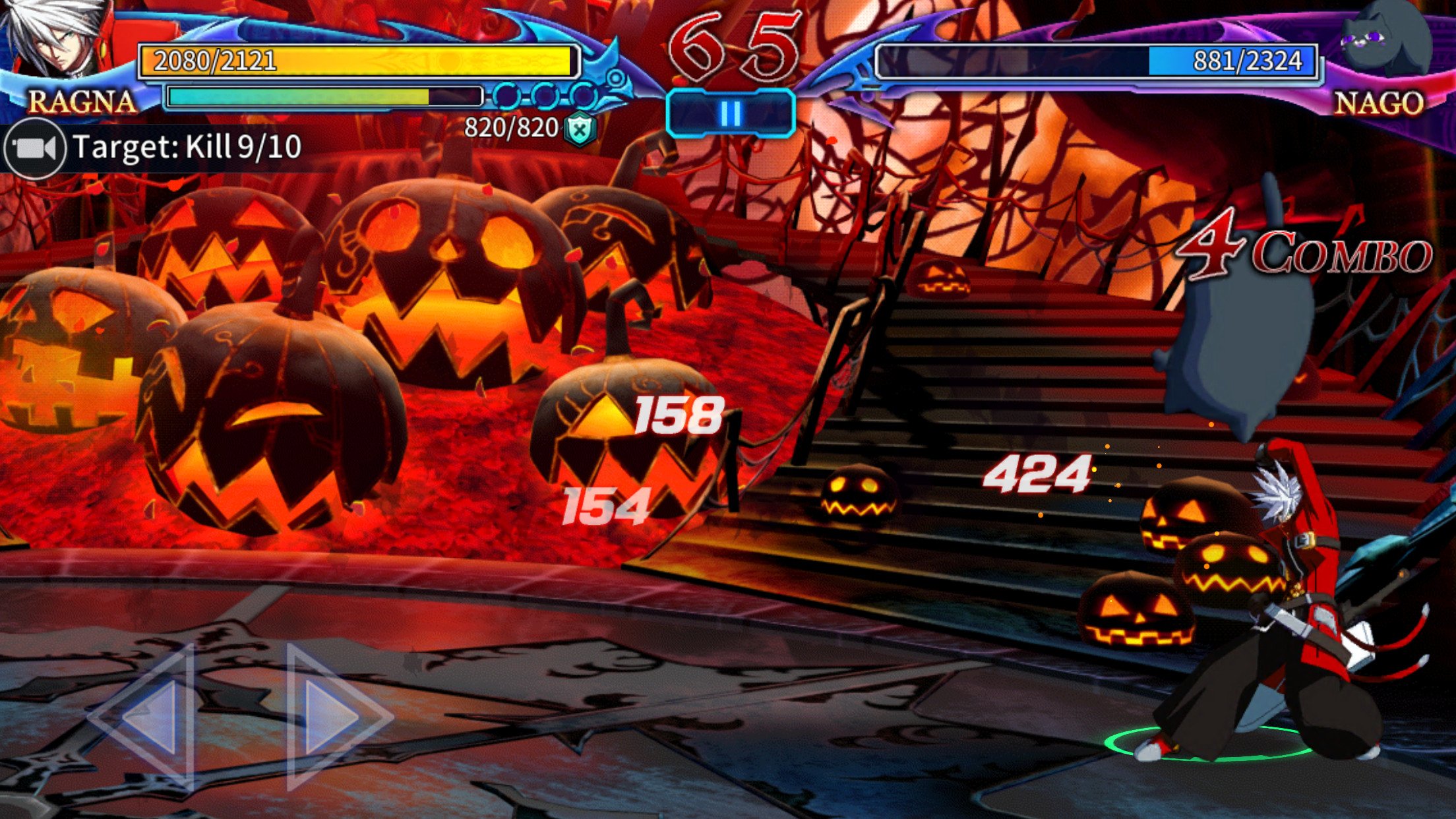 Sure, it might not be as in-depth as a core Blazblue game, but quite frankly a core Blazblue game just wouldn’t work with touchscreen controls. Instead we’ve ended up with a solid and entertaining compromise. It’s gorgeous too, with fluid animations and wonderful cut scenes that wouldn’t look out of place on your TV. This isn’t a cheap release with the Blazblue license tacked on by any means, and it shows in every aspect, from the menus to graphics.

Fans of the series might find it a little limiting, but this is a game that you put a few minutes here and there into. You don’t need to learn complex timing and move lists, but you do get to roll your sleeves up and smash up some bad guys.

This is a fun, frantic casual RPG with far more depth than we’ve come to expect from the genre, and that’s no bad thing at all.

Dawnbringer Review: Darkest Before The Dawn