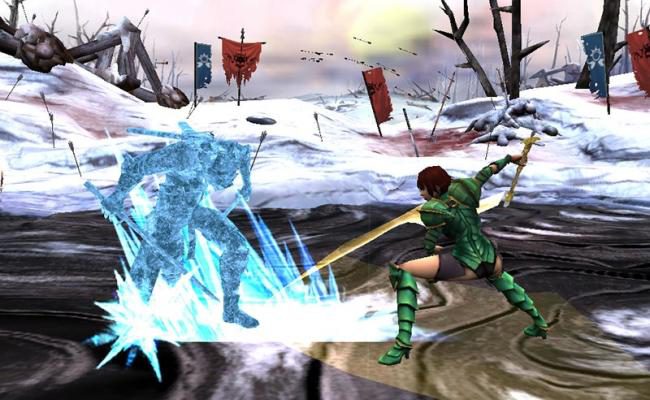 A game with deadly sharp blades and an evil Dark Lord – what’s not to love?

Have you ever wished that you could just buy a more powerful attack to give to Ryu and obliterate every Street Fighter opponent you met down at the arcade? Well, it turns out you aren’t alone. Blade Lords is here to blend the classic gameplay we all know and love from those 2D arcade-style fighters, and throw in some neat RPG and adventure twists to keep mobile combatants alert and on their toes.

I’ll admit: I didn’t expect to like Blade Lords as much as I did. After all, how much depth could a mobile fighting game have, without being another clone of Infinity Blade? But this game blew away my every expectation in its polished presentation as an incredible 2D fighting hybrid with some seriously cool RPG elements and fantastic 3D visuals. It’s especially cool for people like me who aren’t that good at pulling off the more difficult combo moves in fighting games, as we can simply just buy a deadlier sword and continue on our way just the same. The graphics are top-notch at every turn, with a nice attention to detail in each environment, and the menu interface is also wonderfully rendered. The many enemies you’ll face along your quest have just enough variety in their character design to always keep things interesting.

In Blade Lords, you play as a wandering swordmaster named Sakuraba, who must (you guessed it) wander the countryside and hone his martial arts skills when prophecies of the Dark Lord’s return begin to ring true. The storyline is a little silly at times, but I think that was the overall intention. Especially when you have villagers spouting lines like this to Sakuraba: “Good riddance! Thank you Mr. Knight, I was hiding but I saw you kick his ass!” What kind of time period are we supposed to be in again? But for what it’s worth, the story fulfills its purpose of giving you a reason to slash your way to victory, and things only get more involved the further you progress and the more inhabitants you meet. Blade Lords has a ton of content. Each of the four characters you can eventually choose from has over 30 unique story missions to complete, on top of the daily bonus challenges and other side quests that will become available to you. As you gain experience and level up, there are tons of weapons, armors, ability rings, and even potions for you to buy and fine-tune your fighter’s style with. And that doesn’t even count the upcoming “duel” mode, which lets you fight against other blade lords from all across the globe in a future title update. 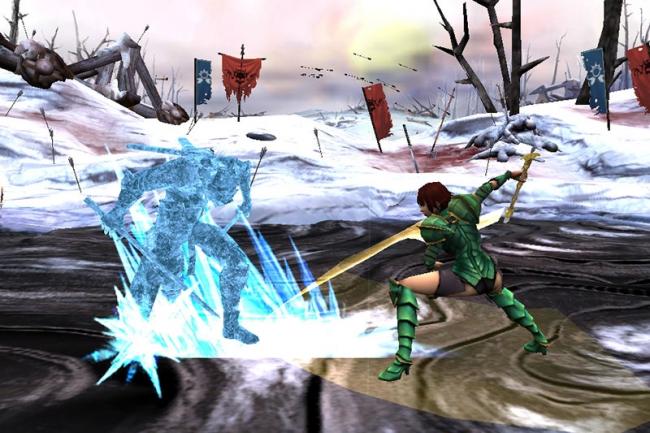 But the heart of Blade Lords lies within its fighting gameplay, which more or less constitutes every mission you’ll encounter. You’d think that would get repetitive after a while, but winning fights quickly gets addicting, as you try and level up your fighter to unlock a slew of new weapons and other items in the shop. The fighting mechanics always feel great, with perfect sound effects, and a simple three-button layout for easy and pick-up-friendly controls. However, the simple design certainly doesn’t mean you can’t pull off some seriously complicated maneuvers once you get a real handle on it. Some of the fights can seem a little unfair at times, like when your opponent will block your entire special attack before K.O.-ing you with his own, but that’s probably just a reflection of me as a player and no real fault of the game. Movement can also take a little getting used to, as some of the stances needed for blocking and combos like “back-diagonal” are tough to pull off on the digital joystick.

Aside from some pretty lengthy and consistent loading screens, the only real downside to Blade Lords is some of its free-to-play tactics, which can get a little tiresome at times. On a number of occasions, you’ll need to be wearing a certain set of armor, or wielding a specific sword to accept the next mission, and the item in question will always be just a few hundred coins outside of your current wallet range. Of course, replaying past missions can remedy this barrier without too much of a hassle; you won’t gain any further experience from doing it, but you’ll get the extra coins you need to press onward. But even more annoying than that, is that your weapon will break at regular intervals, forcing you to wait 30 real-time minutes for it to be repaired. Usually you won’t have enough money to purchase a new one, and your opponents will be so powerful at that point in the game that going back to previous weapons simply won’t cut it. This inclusion just seems needless to me, as the developers are encouraging players to stop playing their game. 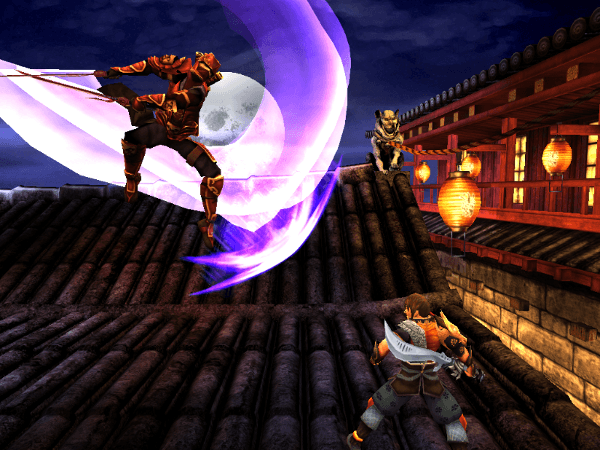 Fortunately, these gripes are not nearly as limiting as most free-to-play games on the market, and they wouldn’t have been that unwelcome if I wasn’t so anxious to get back in the game! Even if you’re not the biggest fan of arcade-style fighting games, I would still recommend giving Blade Lords a try, as the lighthearted martial arts adventure is incredibly easy to get into, and has enough depth to it to keep all you sword-wielding wanderers coming back for more!