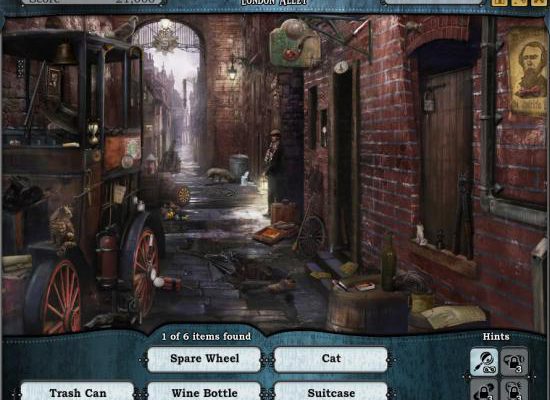 Blackwood & Bell Mysteries proves that Playdom can still appeal to your love for sorting through other people’s junk.

Playdom’s Gardens of Time wasn’t the first hidden object game (HOG) published on Facebook, but it’s arguably the best-known. The game balances hunt-and-find fun with a compelling town-building segment that compliments its story, and is still Disney Playdom’s most active game. One year later, we have Playdom’s follow up HOG: Blackwood & Bell Mysteries. This mystery-laced title doesn’t deviate from the formula that was set up by Gardens of Time, but if it ain’t broke, you shouldn’t touch it–unless it’s on your list of items to find, of course.

Blackwood & Bell Mysteries stars two detectives: the mild-mannered Brit James Blackwood, and his American partner, the sharp-tongued Catherine Bell. The duo are called in to track down a famous opera singer who’s been kidnapped. Along the way, they unravel a plot that’s wound up in mystery, murder, and intrigue. 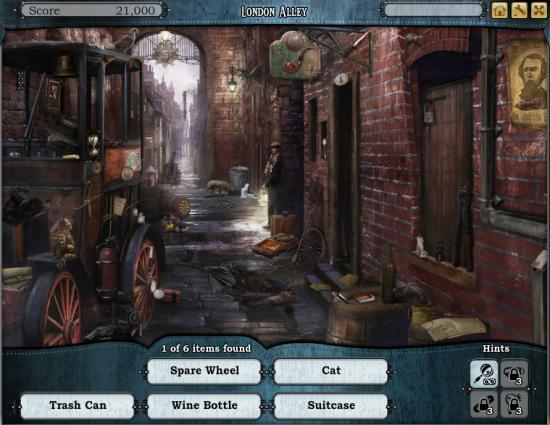 It’s not easy. Keeping in the tradition of most popular HOGs, you need to gather evidence from multiple crime scenes that were evidently hit by a flock of litterbugs just minutes beforehand. Each crime scene presents a list of objects that you must click on as quickly as possible (though in real life, how “quickly” could you stuff a cat into an evidence bag?).

You’re issued score multipliers if you manage to click on objects within a few seconds of each other. Gaining high scores will help you level up on each crime scene, and your good performance will also earn you more money.

That money is necessary for the second half of Blackwood & Bell Mysteries. In order to build up your reputation as a detective (and therefore be allowed to progress in the game), you need to arrange evidence in your yard, which likewise needs to be prettied-up through the purchase of buildings, scenery, and foliage. This doesn’t necessarily mean you put a bloody knife on a pedestal for everyone to ogle. Rather, you play crime scenes multiple times in order to collect certain pieces of evidence, which, in turn, can be traded in for certain structures to add to your yard. 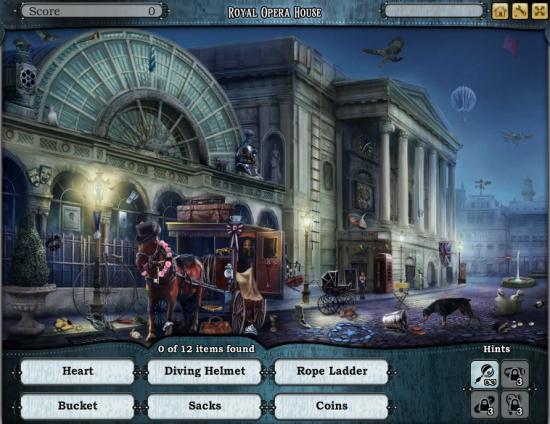 Sound familiar? Again, Blackwood & Bell Mysteries doesn’t alter the HOG formula in any significant way, but to be fair, the game obviously never intended to re-invent the genre. Disney Playdom set out to add a bit of depth to what it started with Gardens of Time, and it pretty much succeeds. The story for Blackwood & Bell Mysteries is admittedly interesting and hard to “put down.”

Moreover, the game’s graphics are a definite step up from Gardens of Time. The crime scenes are larger, more animated, and boast richer colors that compliment the game’s darker themes. In fact, the colors might be a bit too dark for some monitors, which can make it especially tricky to pinpoint certain objects.

If you’re new to HOGs, Blackwood & Bell Mysteries is a great jumping-in point. It’s interesting, it looks good, and it’s fun to play. If you’re a hardcore fan of Gardens of Time and you’re still working on your garden, though, you might not be interested in abandoning your hard work for a new story and nicer graphics. In the end, it certainly doesn’t hurt to give the game a try.