Home / Reviews / Bit Heroes Review: Some Bits Great, Some Not

Bit Heroes Review: Some Bits Great, Some Not 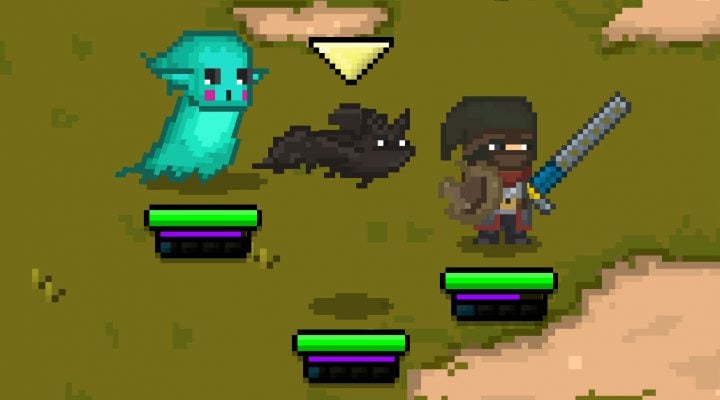 Easy to learn RPG with fun retro graphics and audio.

Lots of loot for both cosmetic and upgrade purposes.

Has a sense of humor.

Difficulty ramps up super quick unless you spend money.

Way too much of the game is built on repetition.

Mobile games that lure you in with some great features but then ultimately leave you feeling dissatisfied after a while are kind of like eating too many sweets. They may taste good at first, but you end up paying for it in some fashion later on. Bit Heroes, the retro-tinged RPG from Kongregate, is almost exactly like that.

Bit Heroes has some excellent qualities that help get you in the door. The ‘bit’ part of its title speaks to its aesthetic sensibilities, which are decidedly old school in nature. From the pixelated visuals to the sound effects and music, this is an RPG that could have been played on a gaming console from days gone by.

It’s also accessible thanks to its simple-turn based battles when your character encounters trouble in one of the game’s many dungeons. Depending on what kind of weapon you choose to wield, your customizable hero can have up to three different attacks and abilities, but they’re all simple enough that anyone can easily understand how to use them. As you adventure, you can also persuade or bribe monsters to join your side in order to form a questing party of sorts. 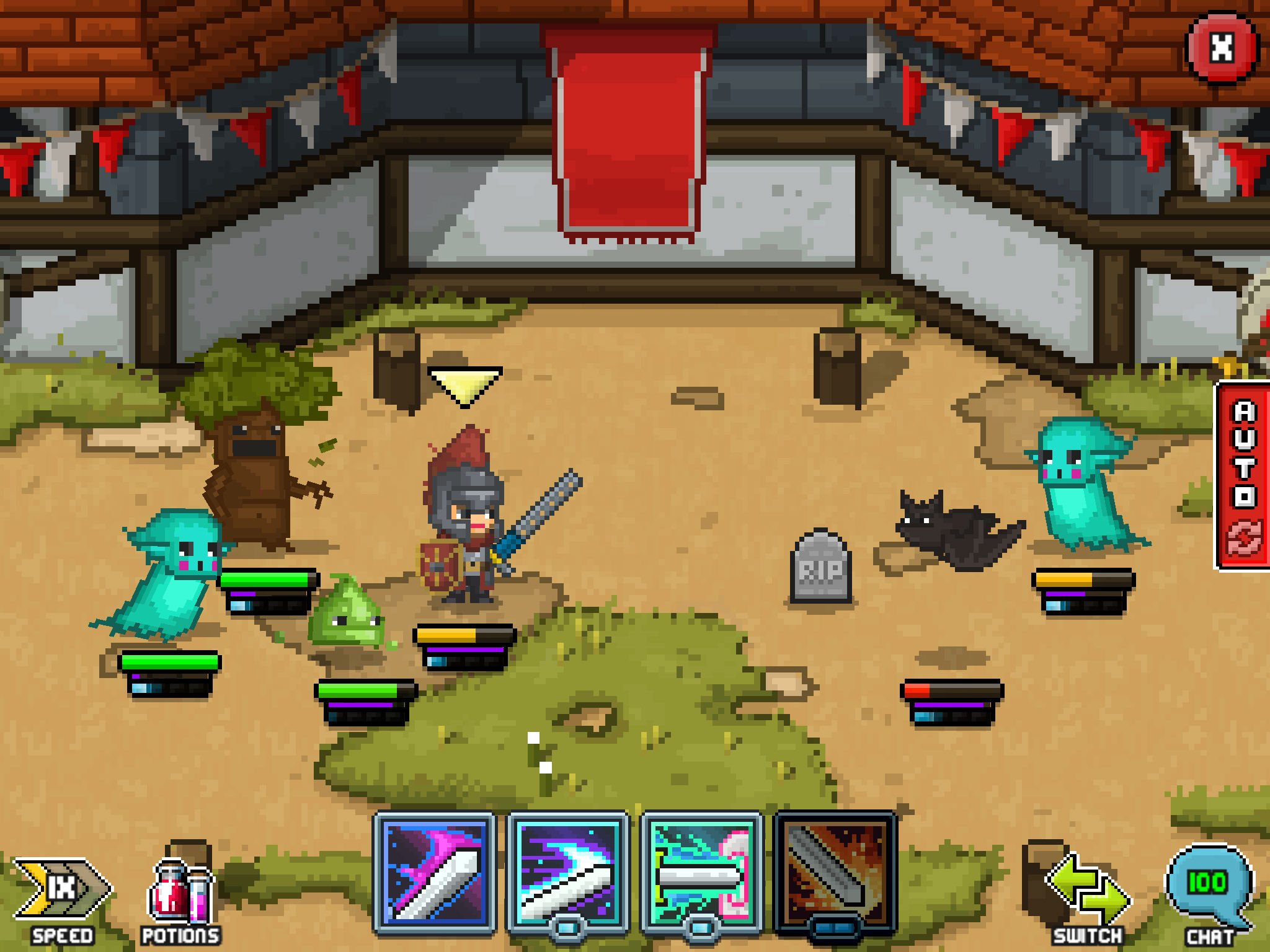 On your way through the main quest line, you’ll test your mettle against boss battles that can be replayed in three different difficulty levels and use the characters of your in-game friends for assistance. A PvP mode puts you in battles against other human-created (but not controlled) teams, and the Gauntlet has you battling through 10 waves of enemies for some nice rewards and a higher spot on the leaderboards. Top all that with guilds, plenty of loot to change both your look and your play style and more and Bit Heroes has all the features you could ever want in this kind of game.

There’s just one problem, and it’s a pretty sizable one: for some reason, Bit Heroes wants you to run through its content again and again instead of moving on.

For example, the quest mode features multiple lands, each with their own environments and unique enemies. That part is pretty cool. What isn’t as awesome is the insanely steep difficulty curve when progressing from one realm to the next, all but assuring you won’t even make it through the first dungeon of the next map you unlock.

That’s especially true when you consider that while you can grind things out ad nauseam to make your own character more powerful (albeit slowly if you don’t stumble upon better gear), your team strength is held back by the power of your familiars, who don’t level up. A fusion system allows you to meld two familiars together to make one better one, but the most reliable way to sway more powerful monsters to join your cause is to spend large amounts of the game’s premium currency, which gives the whole thing a pay to win feel that’s hard to shake. 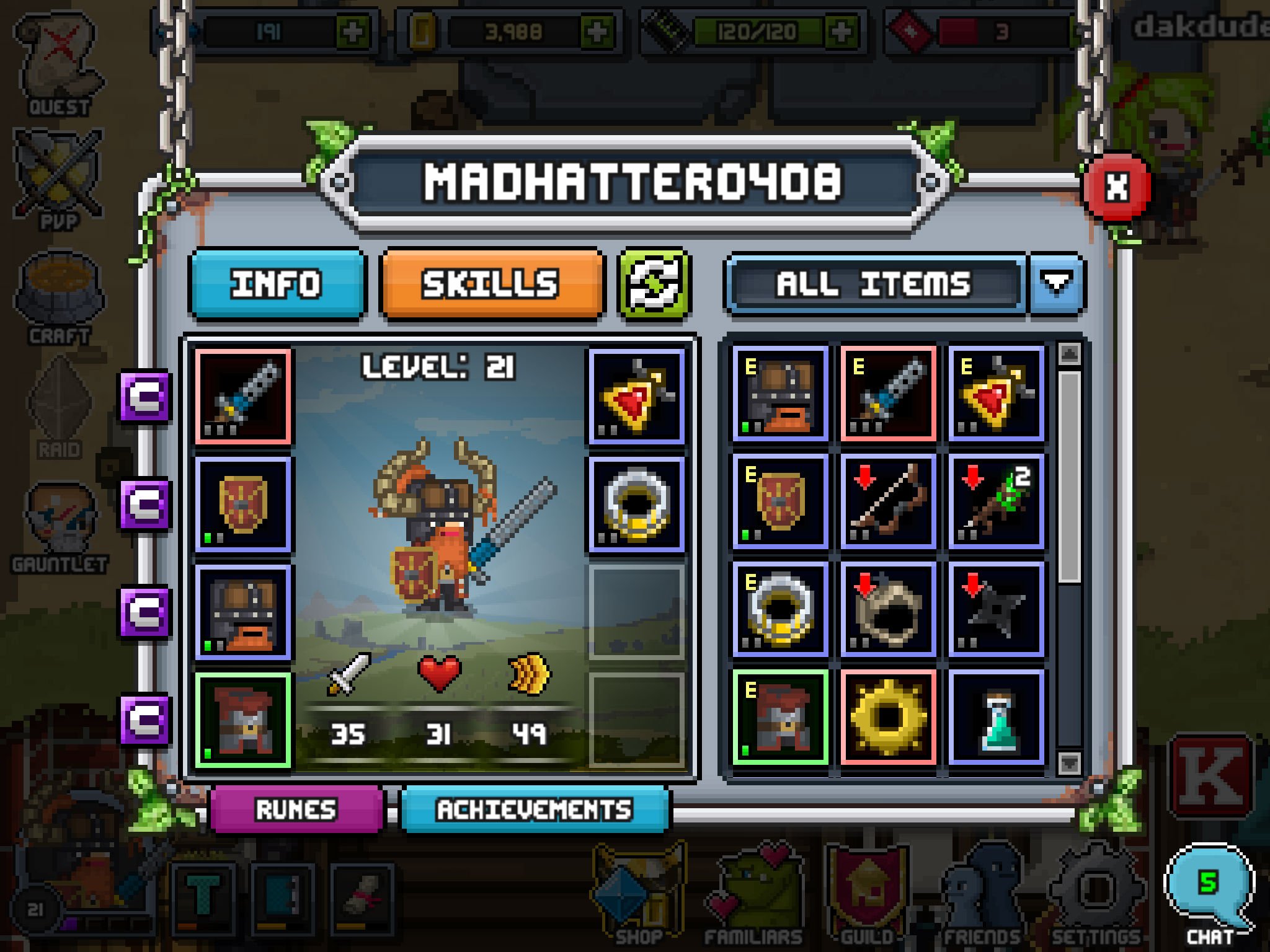 Failing that, your only option is to run through the boss levels over and over again, hoping that you manage to beat the odds to acquire some rare familiars. It’s a situation that made me feel as if I’d had a good time for the first day and a half of reviewing the game and then suddenly felt remorseful at the end of it, realizing that was probably as good as it was going to get. Hence the candy analogy.

It’s possible that updates to Bit Heroes can remedy that, because there are the bones of a very simple but fun game here that thrives on its charm, nostalgia and humor. It just hits a wall way too quickly in its current form where one wonders what there is to do but churn through the same battles over and over again, and that gets old much too fast to be saved by everything else.