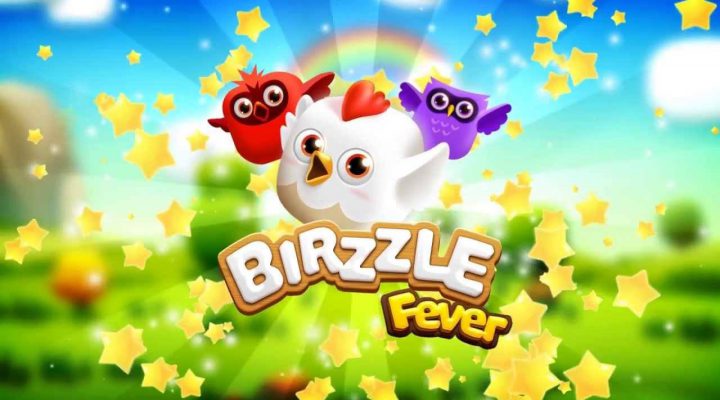 Energy system depletes quickly and forces you to wait for refills.

A lot of panhandling for in-app purchases.

Birzzle Fever, the first third-party game published by iOS juggernaut Halfbrick Studios, is a match-3 puzzle game that revolves around tapping birds to pop them. If you’ve ever wondered where popcorn chicken comes from, now you have your grim answer.

In fact, playing Birzzle Fever is as addictive as munching on those little chunks of fried fowl flesh. It’s colorful, easy to learn, and loaded with fun, pleasing sound effects. Unfortunately, its frantic pace is hamstrung by a stingy energy system, as well as other free-to-play trappings. 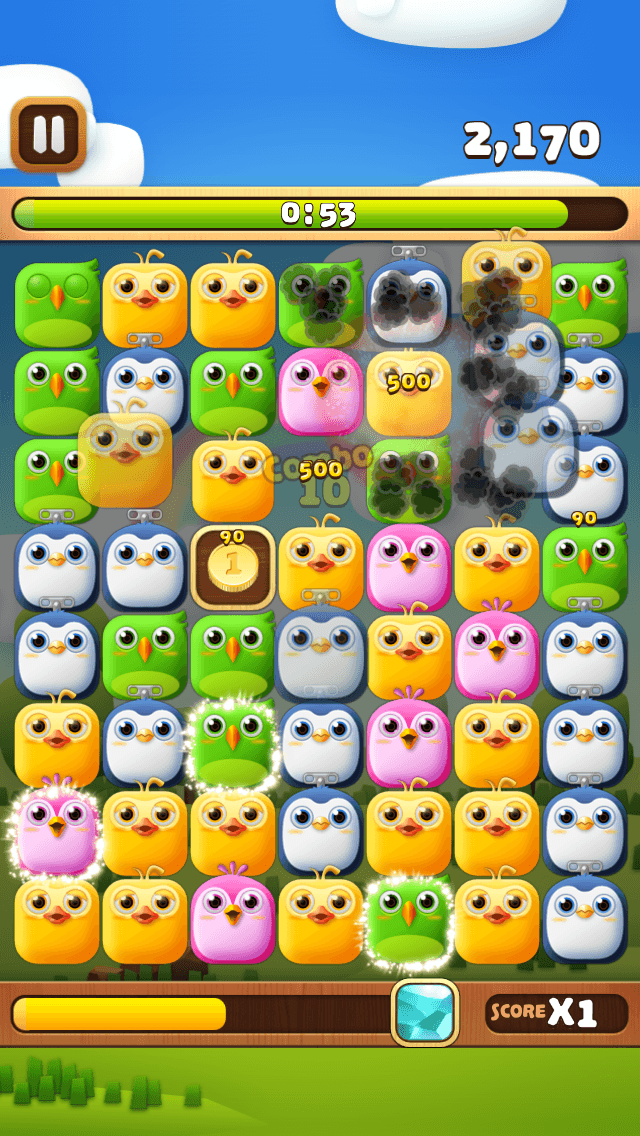 There’s no narrative tying together the bird-destroying action in Birzzle Fever, but there’s nothing wrong with making your own. Some suggestions: “The avian flu: A cute pandemic that must be controlled with extreme prejudice,” or, “Play a freshly-washed car’s revenge fantasy.”

When you start a new game of Birzzle Fever, the screen fills with a rainbow of adorable birds. You have one minute to pop as many as possible. The birds must be grouped in clusters of three or more before they can be popped. The more in a flock, the more points you earn.

Birzzle Fever is all about maintaining momentum. Popping groups of birds in rapid succession grants you point-boosting power-ups like bombs and paint balloons that turn smatterings of small bird flocks into huge flocks of uniform fowl that can be cleared away for enormous point bonuses. There are also point multipliers to break open, and coins to collect. Birzzle Fever isn’t based around an original concept, but when all its parts are put together, it’s a joyful, jangling game. 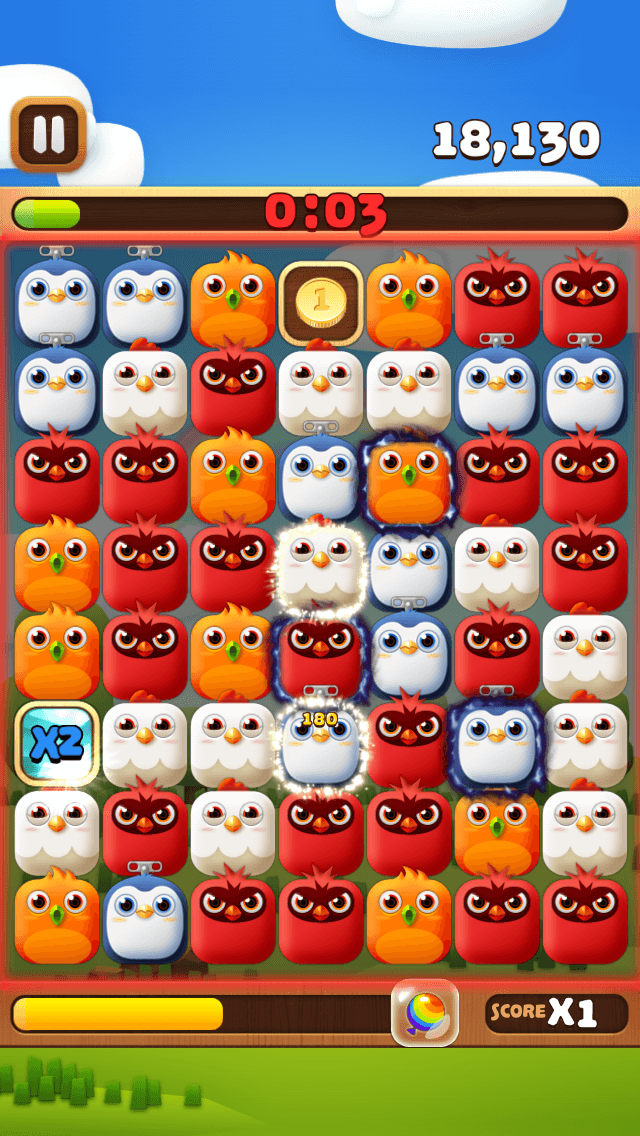 Sadly, players are allotted five units of energy (measured in hearts), and every round of Birzzle Fever costs a unit. In other words, you can play the game for about five minutes before you’re forced to wait around for an energy refill. Alternatively, you can top off using the game’s hard currency, gems – but you start off with none, and Birzzle Fever is not generous about handing out freebies. Coming to a dead halt while playing a game that’s all about speed is a real buzzkill.

Birzzle Fever exploits the free-to-play formula in other ways, too. Many of the goals necessary to achieve point multipliers are insanely hard to achieve, including the goals marked specifically for beginners. Unsurprisingly, the game lets you buy your way past these goals with hard currency.

There’s another significant problem with Birzzle Fever: Many of its birds look alike, and are similarly-colored. You may wind up tapping penguins thinking they’re chickens, since both birds are primarily white. It’s definitely an issue, given the game’s short time limits – not to mention the fact you’re penalized for tapping bird clusters that number fewer than three.

Birzzle Fever is adorable, fast-paced, and has the potential to be one of the better match-three games on the App Store. However, the problems with its graphics, its fast-depleting energy system, and its constant grabs for in-app purchases clip its wings.

Godfire Review: Mash of the Titans