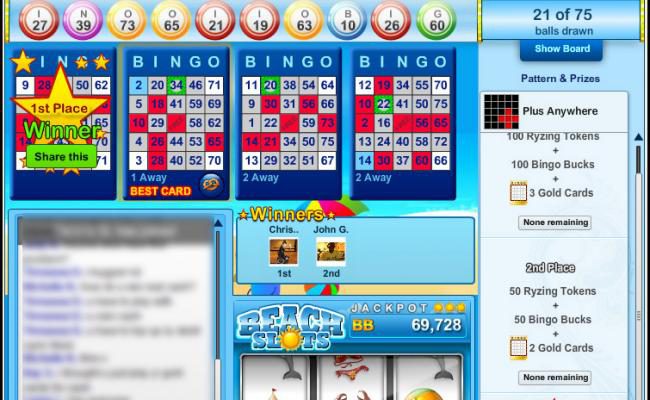 Bingo and then some

Bingo by Ryzing may not have the most creative title, but don’t let the name be misleading: for a bingo game, it’s pretty great. Consisting of the normal gamut of bingo rules, it has all the expected essentials but also comes coupled with several other game modes that make not only the core game fun, but add a bit of fiscal incentive as well.

The best part about Bingo by Ryzing is that there isn’t much of a learning curve. Anyone that’s played the game of bingo before will be able to catch on. From the app’s lobby, you can enter into games themed around global locales, and you can unlock more by gaining experience. You can play up to four bingo cards simultaneously and opt to manually or automatically mark off grid spaces for called tiles. As these are marked off, experience and the occasional bonus item are earned with more significant payouts going to the first, second, and third person to earn a “Bingo.” This, in and of itself, is already enjoyable and made only more so by the relatively active live chat that occurs during each game. However, Ryzing seeks to one up itself by incorporating several other enhancements. 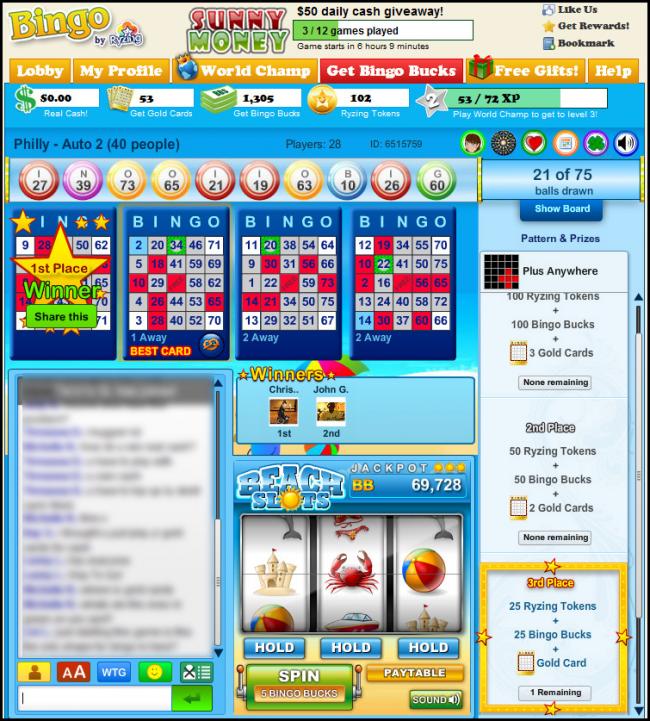 One such perk is that as you play and win, it is possible to earn more than just the currency (“Bingo Bucks”) used to buy more bingo cards. Winning will also issue payouts of a secondary currency called “Ryzing Tokens,” which can be then used to purchase badges associated to each global locale. Unlocking all of these badges — some of which can be either gifted or earned by winning with randomly selected bingo cards — will earn bonus currency on daily rewards. In fact, such is further improved by inviting friends to play as teammates who can earn team points just by playing, giving all involved even further boons to daily rewards. There is even a mini-slots game that you can play in between bingo matches for more potential winnings.

Already, the bingo aspect of Ryzing’s title is entertaining, but the features don’t stop yet. Perhaps the most attractive element to the game is that some matches can be played for actual money. Using “Gold Cards” (which are primarily bought with Facebook credits), you can participate in scheduled games that have up to a $1,000 jackpot. Along with this, Ryzing hosts daily $50 giveaways for those that play enough games in general and a “Slow Ball” game (a ball is drawn every six hours) that can payout a $150 Amazon gift card. And should you be the more benevolent type, Ryzing also hosts several charity tournaments. Though there are no currently active ones, the last tournament was for the Alzheimer’s Research Charity, which received $250. 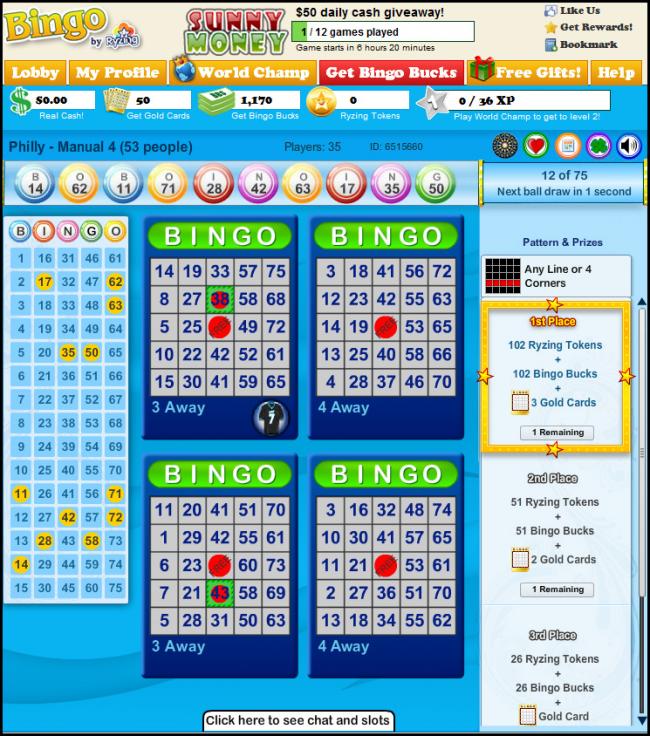 Most of these game types are accessed through the title’s lobby, and along with them there are also several other game modes to suit your fancy. While the criteria and rules for play in the location-themed game rooms is apparently random (e.g. fill a row of five across, form a shape, etc.), there are others that offer different forms of play. Most center around payout and buy-in types, such as “High Rollers,” which costs more to play but rewards more, or “Penny Games,” which only costs a single Bingo Buck to enter. Still, there are others with more unique game rules such as “Alphabet Soup,” which asks for alphabet-based patterns to win or “Manual Mark Caffeinated” that requires you to manually click called tiles at a very rapid pace.

Suffice to say, Bingo by Ryzing isn’t anything tremendously deep. What Ryzing does offer though is tremendous breadth and variety in its game types, winnings, and social offerings. There is simply far more to do in this game than other bingo apps that just focus on one style of bingo play. Heck, the game even has daily horoscopes. Bingo by Ryzing is a wonderful title well worth a try.