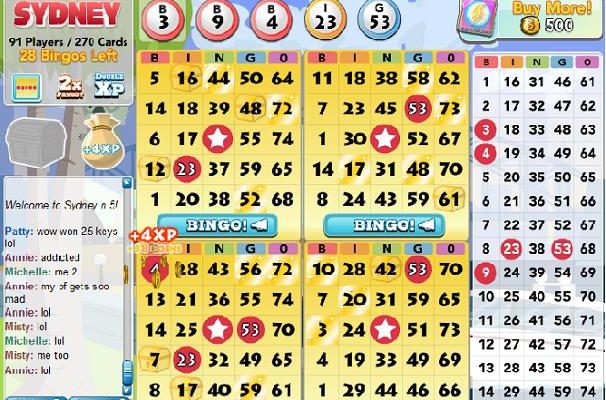 Bingo Blitz is one of the new breed of Facebook games, as much about letting people play traditional games through the platform as the usual elements of virtual currency, collectibles, and experience levels. In Bingo Blitz players can use credits to purchase up to four bingo cards and play them all at once in games whose length is determined by total number of participants. Once a certain number of players have achieved a bingo, the game ends and everyone collects their winnings. Players can win coins to spend in the in-game shop, credits to buy more games, and collectibles.

Like any good Facebook version of a traditional game, Bingo Blitz adds rule variations and power-ups. Certain tiles on each card will automatically yield either coin bonuses or a treasure chest, which players can open with keys. Players can gain some keys as rewards for playing rounds, or can spend coins on them. Treasure chests can contain bonus coins, credits, power-ups, or even the collectibles you can otherwise only get by achieving a bingo in a given location. There are many locations available for play in Bingo Blitz, each named after a major world city and each offering a selection of 12 unique collectibles to earn. 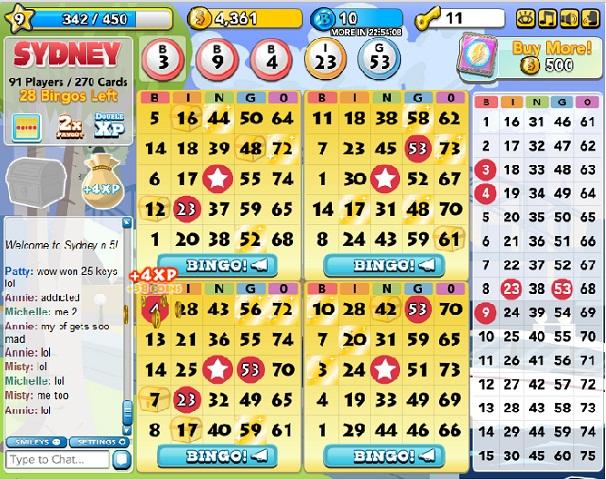 Adding power-ups to bingo is about as peculiar as it sounds, since you have to keep track of when you can use the power-up. A meter in the upper-right corner of the screen charges whenever the announcer calls a number you can match, typically full once you have about three matches. Power-ups can fill random spaces on your card, create more tiles that grant coins, and a number of other useful effects. You have to purchase the right to use a power-up when the meter is charged, or win power-ups by unlocking treasure chests.

The most pleasant thing about playing Bingo Blitz is its resemblance to playing actual bingo. In addition to typical sounds and music, Bingo Blitz actually has a caller that reads off the numbers as they appear at the top of the screen. Each region has a different caller, who usually speaks in a regionally-appropriate accent. You can silence the caller if you want to, say, play while watching TV, though this isn’t a great Facebook game for quick session-based play. It seems more designed for about 20 to 30 minutes of engagement at a time. 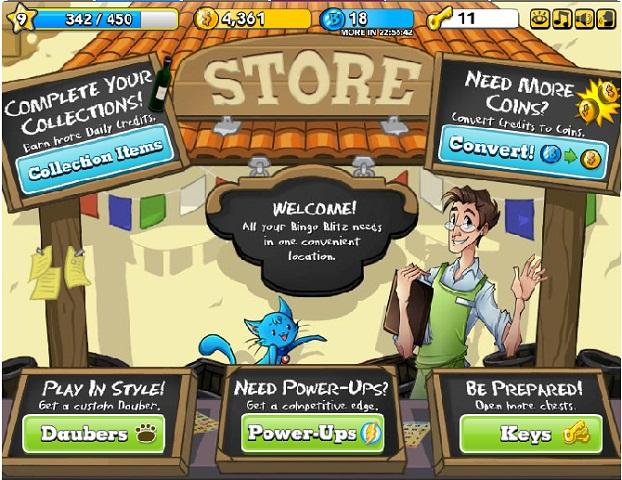 There’s not very much wrong with Bingo Blitz on any level. The game ran well during the test period and had no issues with lag or disconnections. It is annoying that you can’t keep using the same card from one round to another, as this usually makes playing sessions with multiple cards much easier in real-life bingo. In Bingo Blitz where you also have to keep track of the power-up meter, it would be pretty useful to be able to memorize your card. Even without that little touch, though, Bingo Blitz is still an excellent way to enjoy bingo on Facebook.