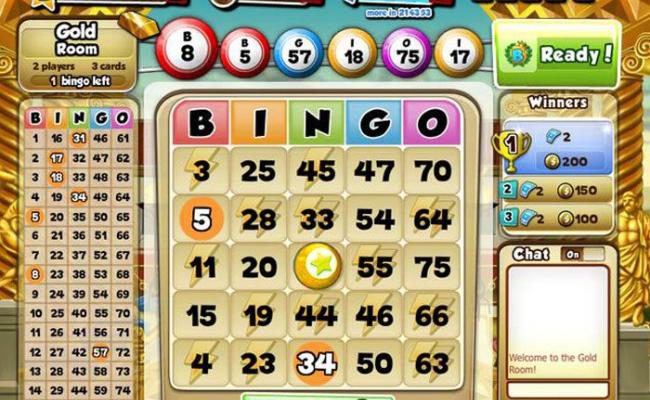 You probably never thought to combine Bingo and bling, but now that it’s been done, it’s pretty neat

Bingo isn’t an especially tough game to play, which is probably why its enthusiasts swear by the experience itself: the echoing voice of the caller, the smell of blotter ink, and the inevitable fistfights between two players who shout “BINGO!” simultaneously. But for casual fans who prefer to play Bingo without having to walk into a Church hall that’s gone blue with tobacco smoke, there are myriad Bingo games online, and Bingo Blingo for Facebook is a good one.

Due to its straightforward nature, Bingo Blingo doesn’t have a storyline. You’re free to make one up, though. However you choose to motivate yourself, playing Bingo Blingo is easy. You’re allotted a certain amount of tickets, which are replenished over time (of course, you can instantly buy tickets using Facebook credits). You enter a game room, choose how many cards you want to play at once (up to four), and when enough players have gathered together, you all begin to play. 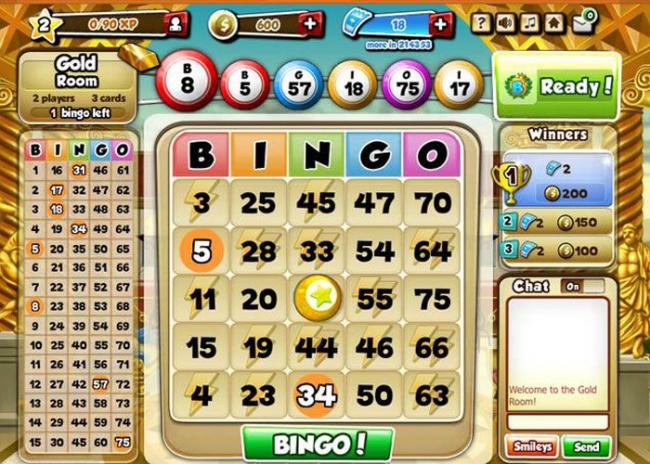 You probably won’t have to wait long. Bingo Blingo is a popular game, so things get a little frantic as the numbers are “called” out and everyone’s cards fill up. There are about sixty Bingos for each game, and when they’ve all been called, the round ends and you’re awarded prizes according to how many Bingos you racked up—if any. You do get experience for every game that you play, and as you level up, you gain access to more rooms.

So that’s the “Bing,” but what about the “Bling?” You earn bling through achievements, most of which involve winning games under certain circumstances. Your “bling” is basically pictures of trinkets that are displayed in your profile. Some pieces can be bought with the coins you earn in-game, but many can only be earned via some expert Bingo-ing.

Bingo Blingo is fun to play, and the game isn’t too stingy about handing out free tickets, so you always have the means. Its graphics are bright and colorful, and the numbers are called out plainly and clearly. Bingo Blingo does allow for the purchase and use of power-ups with in-game currency, and power-ups are also provided for free during games. This might irk purists who have no interest in having their numbers randomly shuffled, or having a space automatically blotted for them.

Otherwise, Bingo Blingo is a perfectly decent online Bingo game, and it’s fun to hoard pretend trinkets like a virtual dragon. If you’re nostalgic for the ol’ Bingo hall, give it a try.