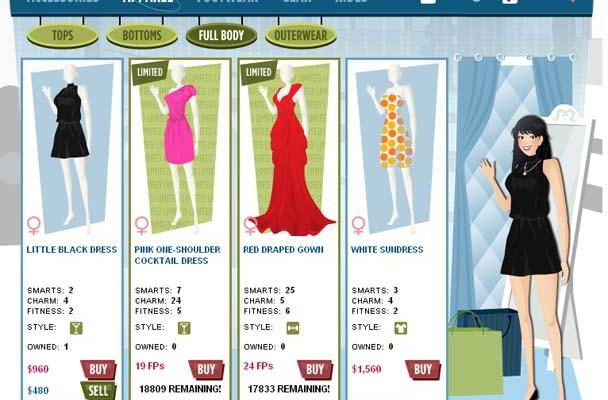 Despite the sudden popularity of farming, fishing, and treasure hunting on Facebook, the text RPG remains probably the most ubiquitous type of social game. Most are nearly interchangeable sets of repetitive missions focusing on gloomy action-movie themes like organized crime, vampires, dragons, or all of the above. Playdom’s Big City Life takes the genre in an entirely different and welcome direction by basing its game around the mundane adventures of everyday urban life.

“Mundane” in gaming has a tendency to translate into “boring” if everyday types of activities aren’t approached with creativity and a healthy sense of humor. Big City Life has both in spades, in some ways completely reinventing the social text RPG. Big City Life features better graphics, a more beautifully designed interface, and more entertaining writing than this author has ever before seen in a text RPG. Originality is rare enough in social games, but it’s even rarer that you see an established developer like Playdom attempt to advance a well-established genre. 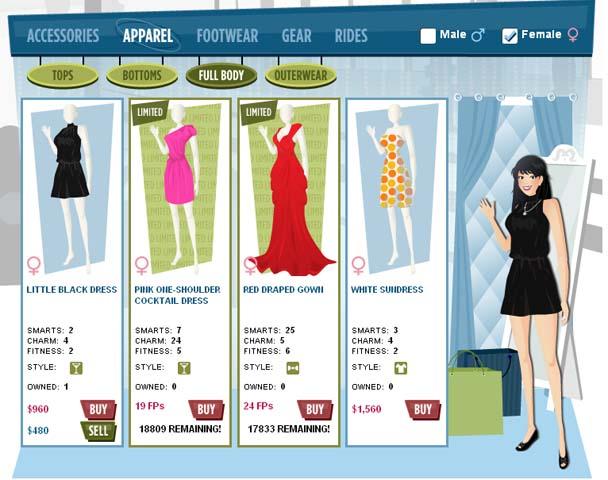 You begin Big City Life by designing your avatar, which you may find to be shockingly customizable, and selecting a career track. You also receive the game’s default friend, though you’ll probably prefer to play with your friends from Facebook once they join the game. You level up by gaining experience, progress your career by gaining career points, and unlock more stuff to do in the game by building up friendship meters and increasing your stats. The “mission” equivalents are silly activities like speed dating or drinking coffee with a friend, though there are also story missions that let you meet and date attractive members of the opposite sex. Some activities require that you buy certain items before you can do them, which is where earning cash is valuable.

You can also spend cash on purely decorative items for your avatar, who you may find yourself wanting to dress up in different outfits more than is strictly necessary. Having a lot of avatar accessories actually gives you a gameplay advantage in “run-ins,” Big City Life‘s truly weird and entirely non-violent equivalent to the Player vs. Player (“PvP”) aspect of more conventional text RPGs like Mafia Wars. 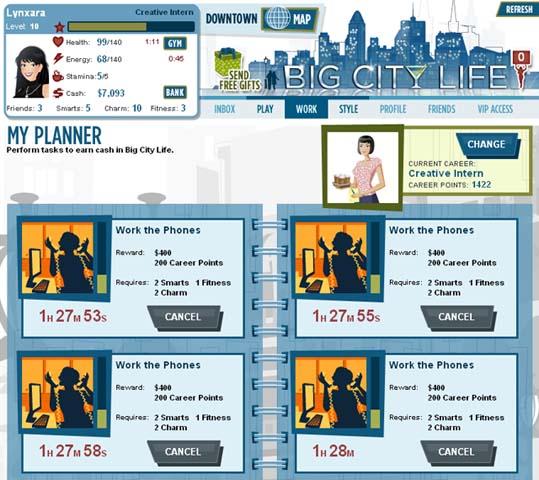 Big City Life is an extremely engaging and promising social game. The basic text RPG gameplay is well-polished, the visuals attractive without creating any glitches or other browser issues during the initial review period. It is a bit too easy to hit walls in your progress right now, since there aren’t enough people playing yet for certain necessary items to be easily obtained. The game’s social aspect also feels a bit tacked-on. These are still minor gripes at best. Fans of social text RPGs should definitely give Big City Life a try.