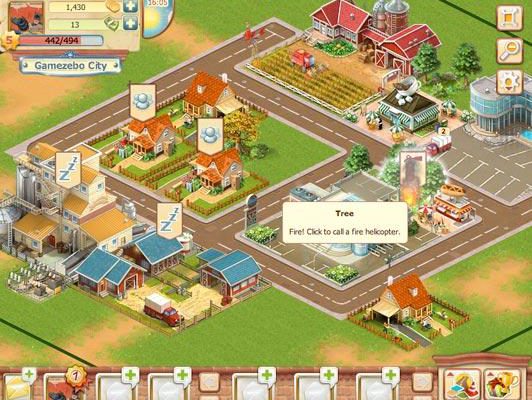 Like CityVille? Try Big Business, the next town over.

City building sims are something of a fad right now, but few games follow the form to its logical conclusions so completely as Game Insight’s Big Business. Want to sell that milk? You’ll need a special truck for that. Want to open some new production facilities? You’ll need to see if your power plant can handle it. Here is a game that focuses on both production and refinement and, to a lesser extent, on the importance of city planning. True to its name, Big Business illustrates the interconnectivity of businesses throughout a city and the hard lesson that you must spend money to make money. Oh, and it’s fun, too.

At first glance, little distinguishes Big Business from so many of the other city simulators on the social market. You’re tossed a wad of cash to start your city, you’re given a chance to name it, and then you’re told to make a couple of buildings before being sent along your way. If left at that, it could be CityVille without the constant Zynga reminders to invite your Facebook friends. Instead, Big Business differs greatly—for the better—in its focus and gameplay. 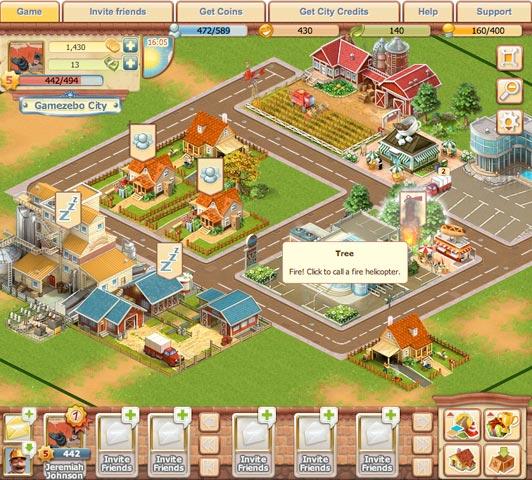 Big Business doesn’t resemble a major city, however, so much as it imitates an important hub town where every local business depends on the other. In other words, it’s more Amarillo, Texas than New York City. Farms and ranches play as important an economical role as do milling and confectionary plants, and there’s never an option to build more white-collar establishments such as banks and media facilities. As such, you’ll need to transport resources produced at your farm or ranch to the milling or confectionary plant if you want to make something from them, or you can simply sell them in their raw state for less money at the local supermarket.

About that transport. Big Business doesn’t charge for making roads, which is a good thing considering their importance. Unlike many city or business simulators which simply harvest completed products and place them in your inventory after a click, Big Business requires that you take these somewhere with specialized trucks. These trucks come to your farm or ranch (or later, oil refinery), pick up your grain, cocoa or meat, and then ship them to your destination of choice. If you want to make your gain into flour, for instance, you’ll need to take it to the milling plant. Once the refinery process is finishing, you need to transport it to the supermarket. Roads thus become actual usable arteries rather than mere cosmetic niceties, and if you have a good road system built, your deliveries run much more smoothly and efficiently. 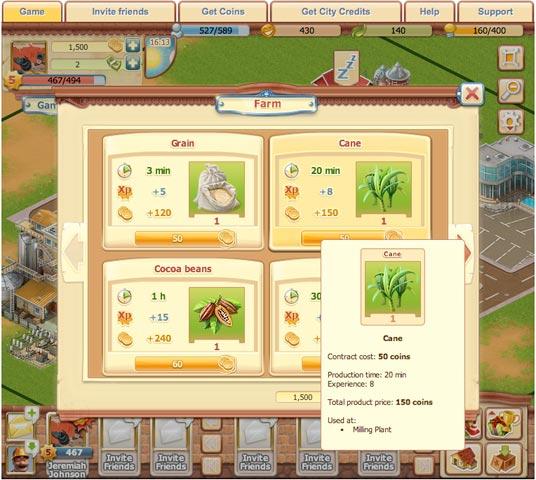 Power and ecology also play an important role. Before you can build anything else in Big Business, you need to build a power plant. Each building takes a set amount of power from the plant (which will no doubt prove a burden at higher levels) but we never used enough power in our playthrough to warrant building another one. Ecology seems to amount to sticking trees around your city, although you’ll need a high ecology score if you plan on building any more industrial buildings. The local state must have some tougher Green laws than the ones I’m used to.

As your level increases, Big Business starts to look more and more like SimCity, although the lack of health and service buildings occasionally creates a weird break in immersion. In one case, for example, a fire broke out at my ranch and I had to call in a fire brigade to put it out. (I have no idea where they came from.) In another case, someone in one of my houses fell ill and I had to fly them to a hospital. (Again, I have no idea where.) Delivery trucks break down and must be sent to a mechanic’s shop for repair. (Thankfully, this actually exists if you built it.) Simply adding options like hospitals, police stations, and fire departments would fix this in a second. 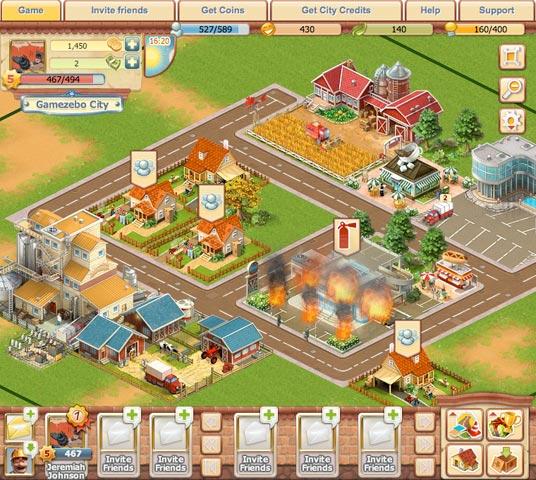 While Big Business has very little going for it socially aside from gifts and the chance to see your friends’ cities, you can have hours of fun with this game. Here and there you’ll even find little treats that make the gameplay more interesting. For instance, Big Business follows a real-time clock that changes your city to night or day depending on the hour. Hate the paintjob on your buildings? Big Business lets you recolor most of them. There’s even a wide range of entertainment options such as movie theaters, hot dog stands, swimming pools to increase the happiness level of your citizens. 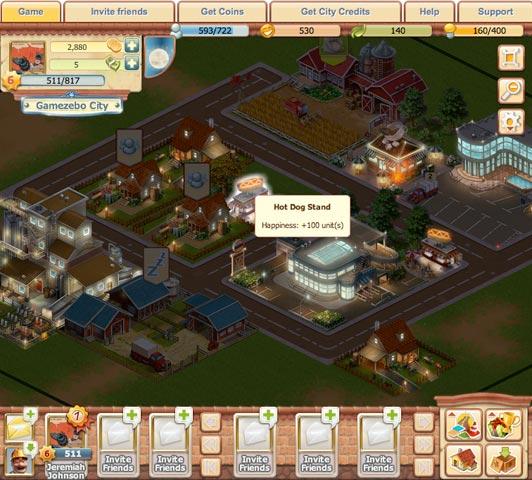 A warning, though: Big Business is very unforgiving if you make a mistake. Not terribly long after I finished the tutorial, I went about upgrading my existing buildings in the belief that I’d get more out of them that way. I bought groves of plants to improve my ecology. I happily threw together hot dog stands and coffee shops. And I never really recovered. When my ranch got the ability to produce milk, I couldn’t afford a milk truck. I couldn’t build more houses. It’s the way of the world, in other words, and you’ll learn to manage your money in Big Business or your town will go the way of Bodie, California.

I may not have learned that lesson so well in the end, but I did remember why I write for a living instead of running of major corporation. Ah, well: I can dream, can’t I?