Home / Reviews / Beyond the Unknown: A Matter of Time Review – More Bark than Bite 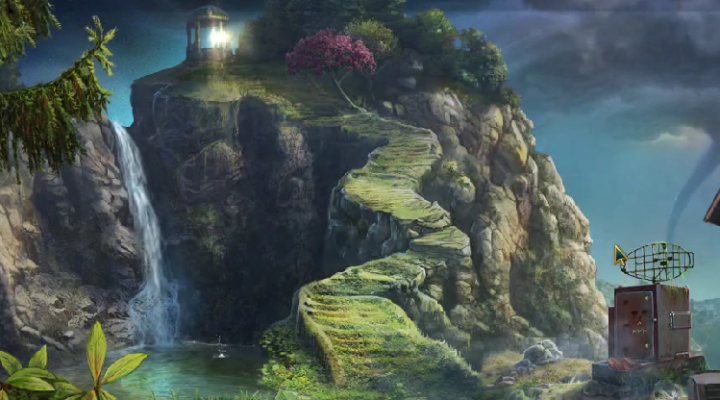 Players get to battle the undead with their trusty dog at their sides.

Tons and tons of familiar gameplay

Nothing new to see here.

From the ominous first notes, it’s obvious Beyond the Unknown: A Matter of Time is going to be yet another darkly brooding Hidden Object Adventure game.

The premise is a hodgepodge of well-used tropes: an ancient artifact has been disturbed, and the time-space continuum is in an uproar.  Cities are burning.  Yakuza have risen. Lenin is back and ready for revolution. Don’t let that distract you. Go find your grandparents who will recognize you immediately and be quite unperturbed about the whole back-from-the-dead thing.  The landscape has its fair share of demon women, dusty skeletons and hazardous building sites, and other than a few unintentionally hilarious moments – upon seeing the broken down homestead your character declares, “Wow.  My parents’ house looks brand new.” – the script is tired and predictable.

If you’re a stalwart Hidden Object Adventure fan, nevermind any of that.  This is a solid offering.  With good production values for a game of this genre, the animations are respectable and scenes are easy to read despite the gloomy atmosphere.  A deft use of cursors and some solid logic (like attaching items in use to the cursor with a single click) means players can move through the game with a minimum of wasted effort.  The addition of a map menu allowing players to jump between scenes without a bunch of tedious back-tracking means an experienced HOA player can gobble through the scenes at a seemingly breakneck speed.

Don’t despair. Despite the handy navigation and easy interactions, there’s so much content in this game I doubt the fastest puzzler could chew through it in less than a solid day or so of playing.

The gameplay itself is nothing to write home about, however.  After a couple clicks, the adventure elements are basically reduced to a memory game.  My methodology quickly devolved to patiently passing the cursor over every inch of each scene then clicking when it transformed.  Objects are hidden in plain sight, and one must only click on everything in each pop-up scene to fill her inventory.  The only real challenge is remembering the location of a locked chest, first aid kit, or fuse box before navigating to the scene where the obvious item can be used on the correspondingly obvious object.

Into the standard fare, there are a few nice tricks on deck.  If you’re looking for a change of pace, you have the option to swap out match-3 gameplay for the hidden object scenes.

For myself, this was a one time thing as I found the match-3 gameplay unremarkable and repetitive after retrieving the first three or four clues out of the twenty required.  Additionally, the game developers have thrown in a ton of options to allow players to customize their experiences.  The logic puzzles can be set to either casual or hard or skipped altogether, and they’ve included a generous hint button which sits happily in the corner ready to provide guidance whenever the fancy strikes you.

The difficulty settings in the Options menu has so many variables, you could get trapped clicking toggles and turning all the dials attempting to set a perfectly personalized version of the game. I went with the default settings, but for players so inclined, they can have a heyday on the difficulty settings alone.

Then there’s the dog.  It’s an interesting bit of whimsy in an otherwise predictable package.  Though, if you’re a dog lover like I am, you may have more than one moment of anxiety when Fido gets himself into various forms of practical or paranormal trouble.  For those who are faint of heart, never fear, no dogs were harmed in the making of the game.

Beyond the Unknown: A Matter of Time may not set the Hidden Object Adventure world on fire, but true devotees of the genre owe it to themselves to check it out.  Even for the most seasoned HOA player, I’d recommend playing with the Interactive Help option engaged.  There are a ton of menus to navigate, and the UI is chock full of little icons to click triggering even more layers of inventory which may be impossible to figure out without a helping hand.  Do yourself a favor and take the tutorial.  After all, you’d hate to lose your dog to a time travelling ghoul without the tools you need to get him back.