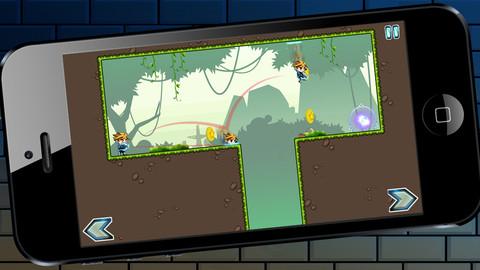 Like every other form of creative expression, video games deserve to be rated according to the quality of their contents instead of their names. That said, when you title your game “Better than Portal,” you’re inviting weighty judgment against your work. Sure enough, Better than Portal is an empty boast. The game doesn’t touch Valve’s hallowed puzzle platformer, and in fact it’s a dismal experience altogether.

You play through Better than Portal as a Government agent who’s commissioned to stop a terrorist from doing terror stuff. Right off the bat, POPS’ game lacks one of Portal‘s biggest selling points: its engaging story and sharp, often hilarious dialogue. Once the opening comic has scrolled, you can expect bland silence through most of the journey. But games don’t hinge entirely on their stories, right? It’s all about gameplay. Unfortunately, despite its boast, Better than Portal has little to offer in terms of a fun and fulfilling experience.

Unlike Portal’s deep, 3D environments, all the action in Better than Portal takes place in two dimensions. You must work your way to the exit in each level, but you can’t jump or manipulate devices with your hands (way to go, Government agent). Your only tool is a device that’s able to generate portals on certain surfaces. Two portals can be on-screen at a time: when you step through one, you exit through the other.

Even though the game tries to spiff things up by offering little tricks like pre-made portals that teleport you to different parts of the level, most of the puzzles in Better than Portal are frighteningly dull and amount to little more than making boxes drop on switches so you can open security gates.

Worse, the controls are horrendous. Since you can’t generate portals on every surface in the game, laying one down requires precision—something touch screens have never been renowned for. You move the game’s spiky-haired hero with two arrows at the bottom of the screen, and touching anywhere else will slap a portal down in that spot. More often than not, you’ll generate portals when you simply meant to move. It’s as frustrating as it sounds, and when you inevitably bung up a level beyond repair, you can only reset it by entering the pause menu and suffering a brief delay. 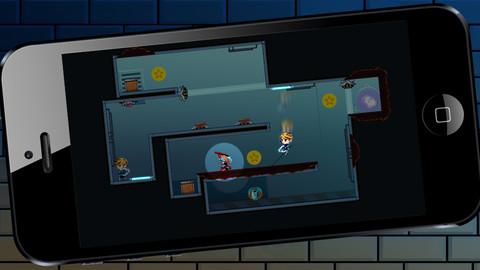 Unsurprisingly, Better than Portal‘s graphics and soundtrack are as dull and uninspired as its gameplay. The levels all look alike inside their respective worlds, and the flaccid music and sound effects are not memorable in the least.

It’s tempting to give props to POPS for its sheer chutzpah. There are few game studios that can match Valve’s efforts; the team’s awesome talent is kind of what makes them Valve. It’s unlikely that POPS ever sought to really match the likes of Portal. On the other hand, if Better than Portal is supposed to be a joke, it’s not one worth laughing at. Especially not with its $0.99 price tag.

Empress of the Deep 3: Legacy of the Phoenix Review