Home / Reviews / Beneath The Lighthouse Review: World in Motion 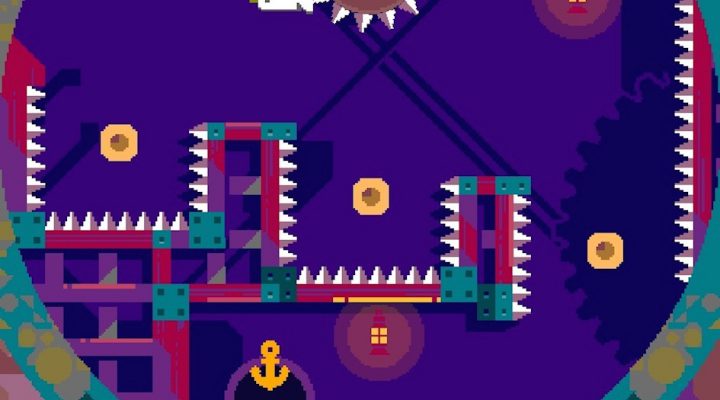 Challenging but not painfully so

You might not have the patience to finish it

Beneath the Lighthouse isn’t for the faint-hearted. It might look sweet and innocent, but underneath that colorful pixel-art exterior is a fairly punishing game. The kind of game that might frustrate, but will still lead to you coming back for more.

It’s a puzzle platformer at heart, but it’s not the kind of game that has you jumping between platforms. Instead, you’re trying to help a young ball shaped boy get back to his beloved Grandpa by manipulating the world around him. 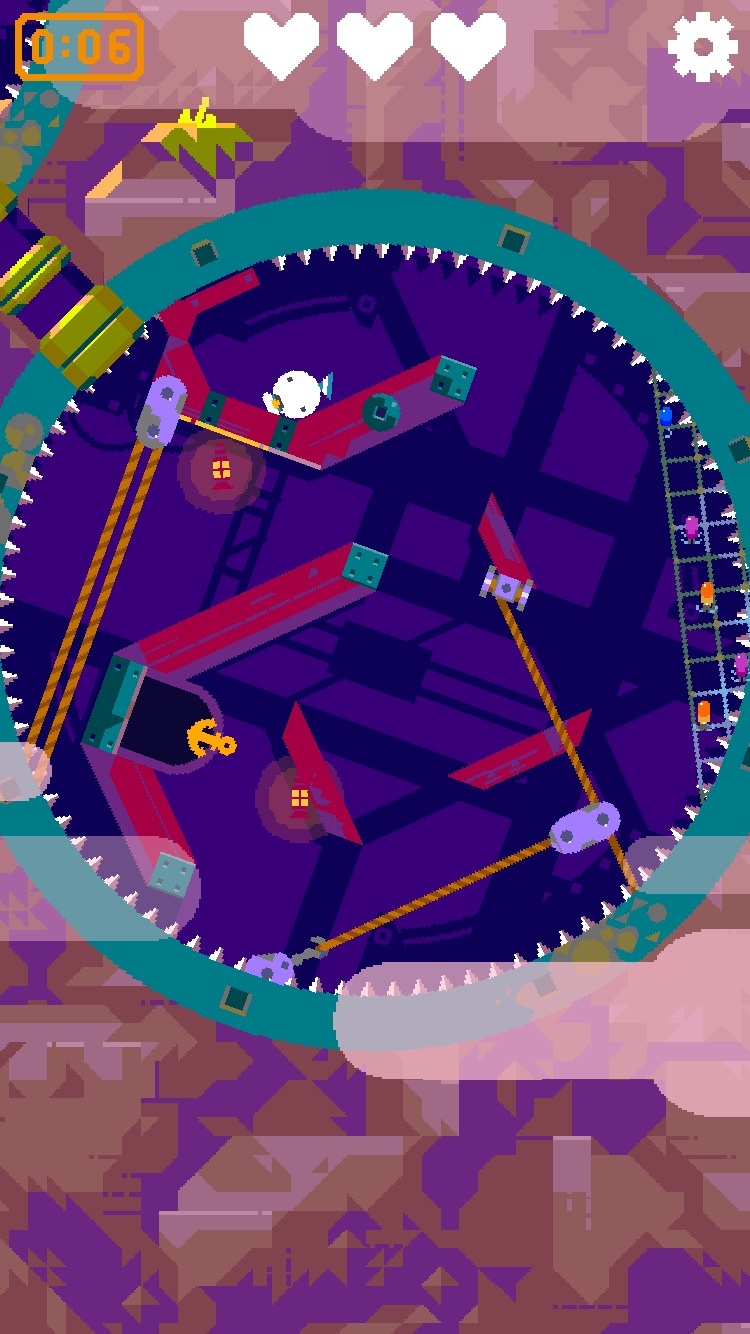 Each level is circular in layout. You have to twist each level in order to move the boy around, avoiding many spikes and obstacles. It sounds like something that would be tilt based, but it’s actually a matter of using your fingers to touch the screen to manipulate the world. This is a very good thing. I’ve no doubt if it was tilt based, Beneath the Lighthouse would soon be very frustrating as you over-tilted at the worst moment. Instead, by using your fingers, it feels more like you’re in control. It still requires some very careful tweaks, but you’ll mostly be let down by your own poor skills rather than a sense that Beneath the Lighthouse is being deliberately mean.

Each level is typically made up of multiple screens, meaning you have to be careful every step of the way. To travel between screens, you have to rotate the circle around to line up with a pipe that guides you to the next sequence. Even that can sometimes be trickier than you’d expect.

Early on, spikes are the main issue. You have to make sure you don’t roll into any spikes otherwise you lose a life. Beneath the Lighthouse gets more complicated than that, though, with the need to move blocks around, time your falls in order to land on intermittent platforms, and so forth. It’s tricky stuff and, yes, you’re going to fail sometimes. And you’re certainly going to curse yourself, and the game a little.

Beneath the Lighthouse helps matters a little with its pricing model. The free version gives you three attempts to complete each level before you go back to the beginning of the stage. You can choose to watch an ad too, if you’re that desperate for another life and another attempt at the one screen, rather than the whole level. For $3.99, you can benefit from unlimited lives forever as well as no more 3rd party ads. If you really get hooked on Beneath the Lighthouse (and I suspect you will), it’s well worth the price to give you that edge as you play. 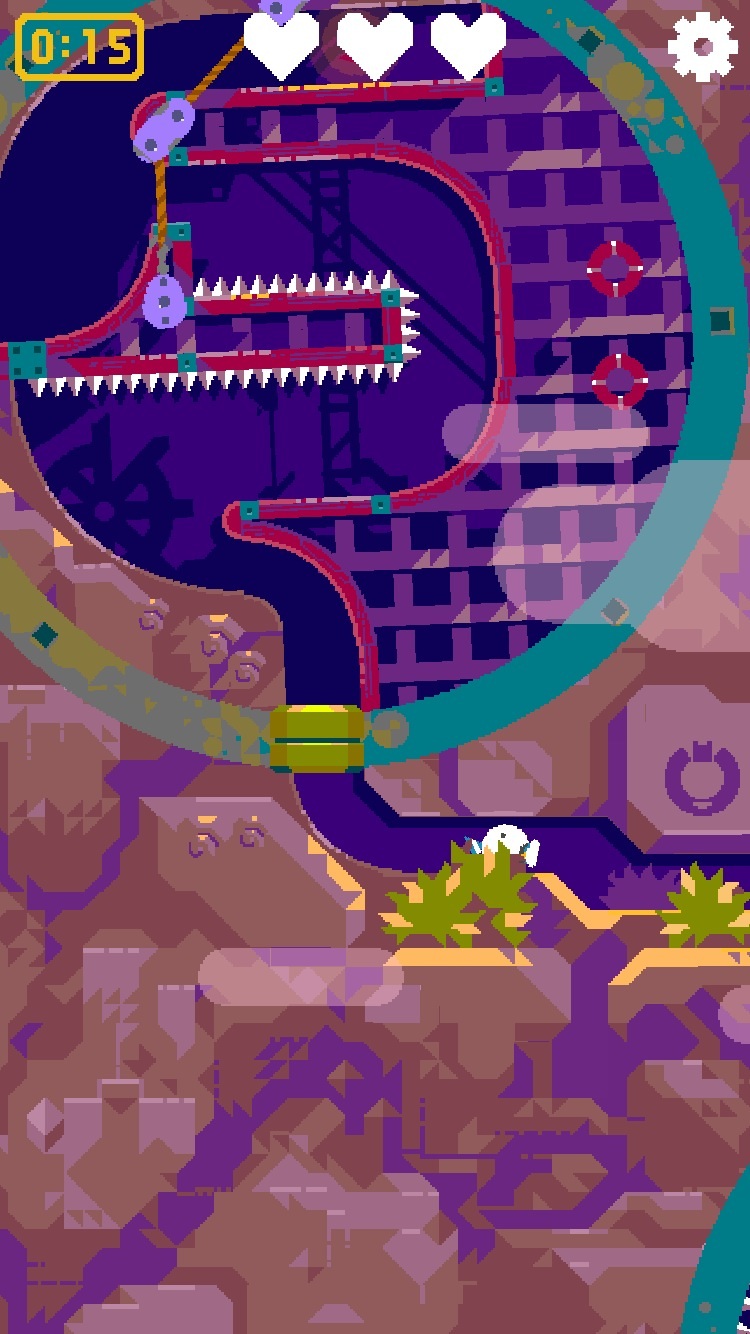 It’s only a small advantage though. Beneath the Lighthouse is consistently tough, and soon ramps things up. It’s not unfair though. The controls are fairly tightly devised, meaning that turning and flicking the circular wheel always does what you expect it to do. You gradually learn when you need to be subtle and when you need to go nuts and initiate a 180 degree turn at speed.

Don’t expect to progress through Beneath the Lighthouse at any great speed. In fact, it’s challenging enough that some people won’t even complete it. You’ll enjoy trying though. It’s the kind of game you’ll chip away at – occasionally completing a few levels in a row before getting stuck all over again for a while longer. Its well considered pricing model ensures that you’ve always got the option of paying out or not. I suggest you do though, when a game is this well made.