Home / Reviews / Ben 10: Up to Speed Review – Running with Aliens 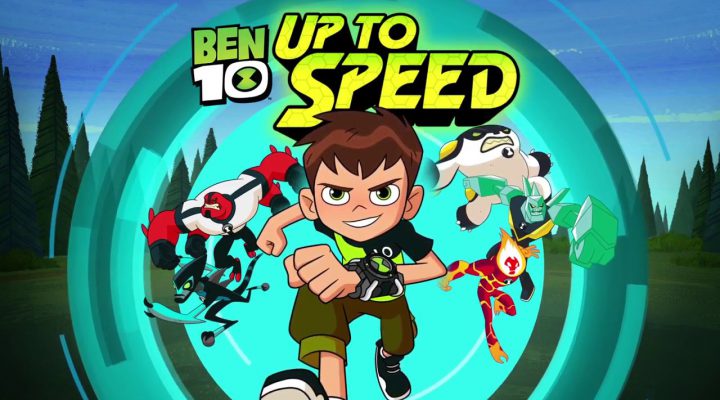 Cannonbolt and his magic hamster wheel

There’s no way around it, really — Ben 10: Up to Speed is another branded running game that uses familiar characters in a familiar way. This doesn’t mean it should be written off. It does mean, however, that you should adjust your expectations to better embrace it’s very specific style of fun, especially as many of the frustrations with the game have nothing to do with its originality, but with its glitchiness.

What makes a Ben 10 skin on the classic running model so fun? For those unfamiliar with the immensely popular and long-running Ben 10 series on Cartoon Network, Ben Tennyson is an ordinary boy who comes to live an extraordinary life after finding a watch, called the Omnitrix, on summer vacation. The Omnitrix allows him to temporarily morph into 10 different aliens, each with their own skills, vulnerabilities, and personalities. 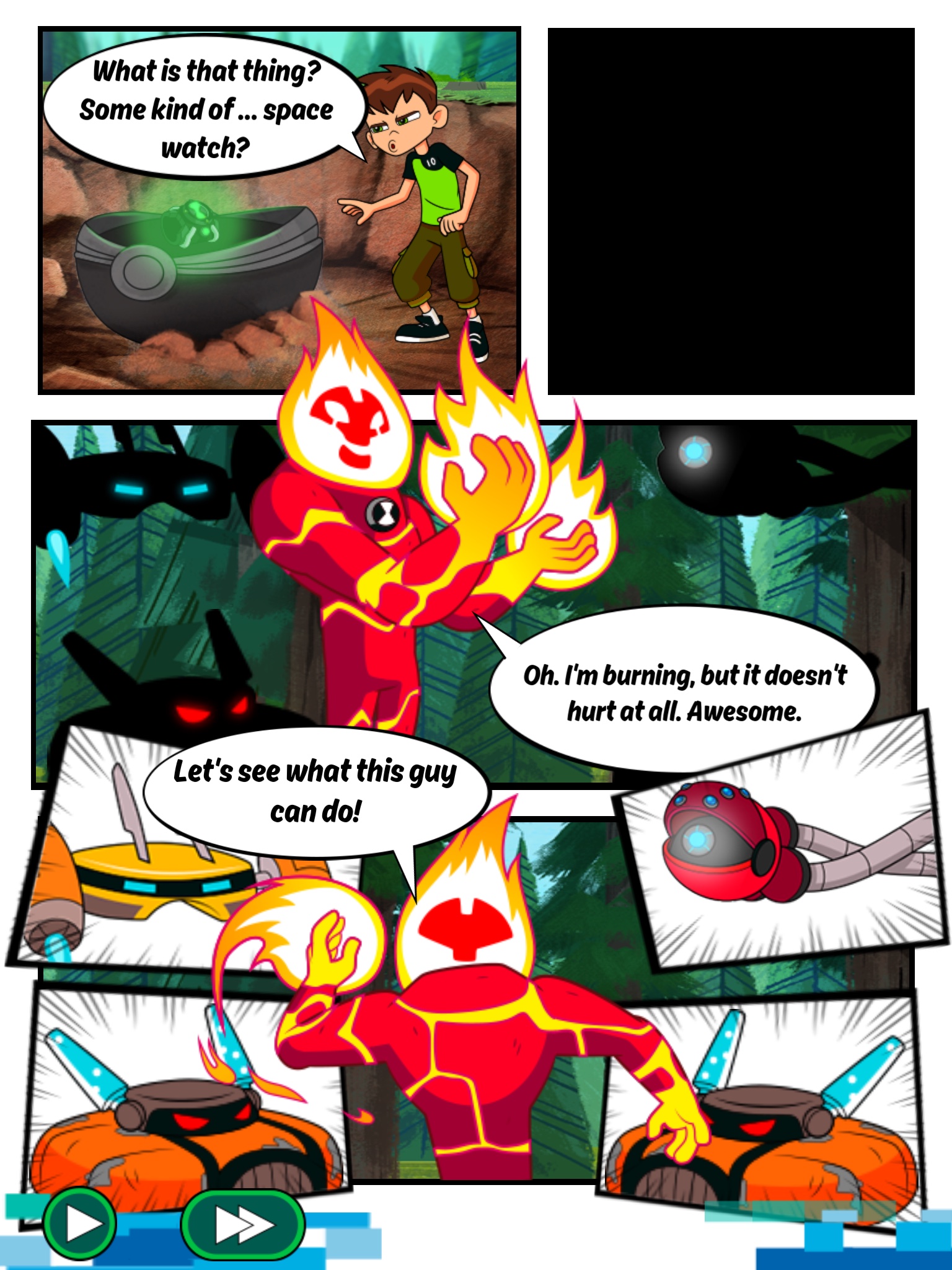 There’s the ever-reliable Diamondhead. He looks like an angry, oversized water Pokémon and has the useful ability to shoot crystal shards from his hand. You also have Four Arms, a bit like the Hulk but with two extra arms. Then there’s Cannonbolt. What Cannonbolt lacks in precision he makes up for in strength and resilience. When he’s curled up like a pillbug (his natural state in Ben 10: Up to Speed) Cannonbolt’s virtually undamageable, though the speed at which he travels can make lane changes more difficult (at least in the higher levels).

The gameplay itself in Ben 10: Up to Speed couldn’t be more straightforward. There are three lanes of running action filled with coins to collect, obstacles to avoid and enemies to defeat. Swipe left and right to switch lanes, up to jump and down to slide/attack. Morph into an alien by tapping the Omnitrix. It’s a leveled runner, meaning there is a definite end to each run. This helps to create a satisfying reward structure and also means that the game can be picked up and put down easily – a godsend for anyone who’s ever tried to lure a gamer to the dinner table during their “most epic run ever!” 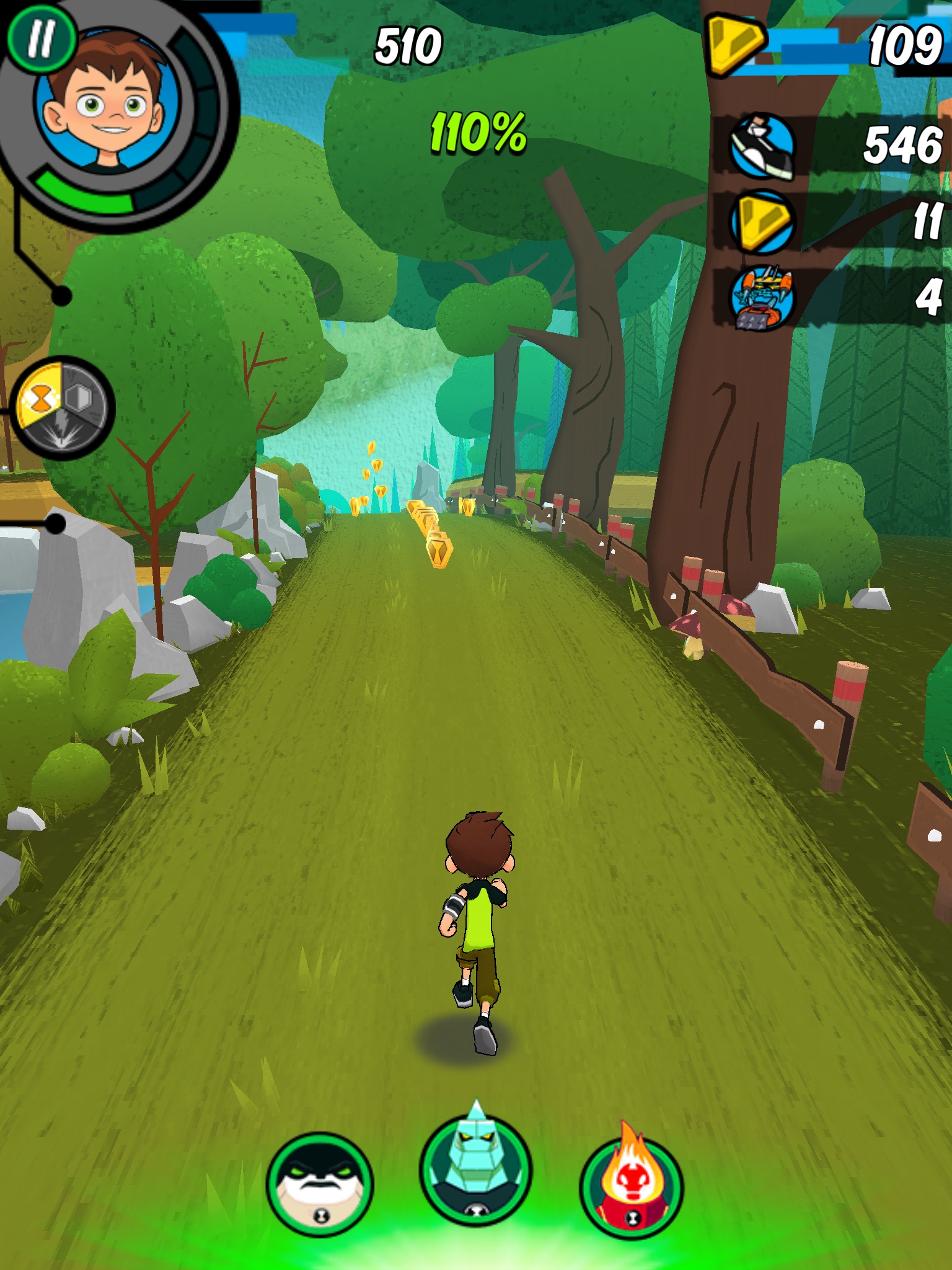 The main gameplay challenge in Ben 10: Up to Speed is learning how to make best use of the Omnitrix. This means knowing which alien to choose and how to ration your alien time. Being overeager and using the Omnitrix too early can leave you as Ben at the most inopportune times. For instance, although the aliens can handle multiple enemies at once, Ben needs to take things one enemy at a time. Choosing the wrong alien too early can also mean that certain rewards, like a long string of coins, are beyond reach behind an obstacle only a certain alien is able to overcome. These obstacles are helpfully demarcated but often aren’t visible long enough ahead of time for you to predict the right alien form on your first attempt.

One interesting feature is that if you’re in a hurry and simply can’t wait for the Omnitrix to recharge fully, there is the option to have it select a random alien for you just before it hits full charge. This can be a literal lifesaver when faced with a fleet of enemies, cuddly or robotic, or if you need to take the chance of being able to access track blocked by a character-specific obstacle. 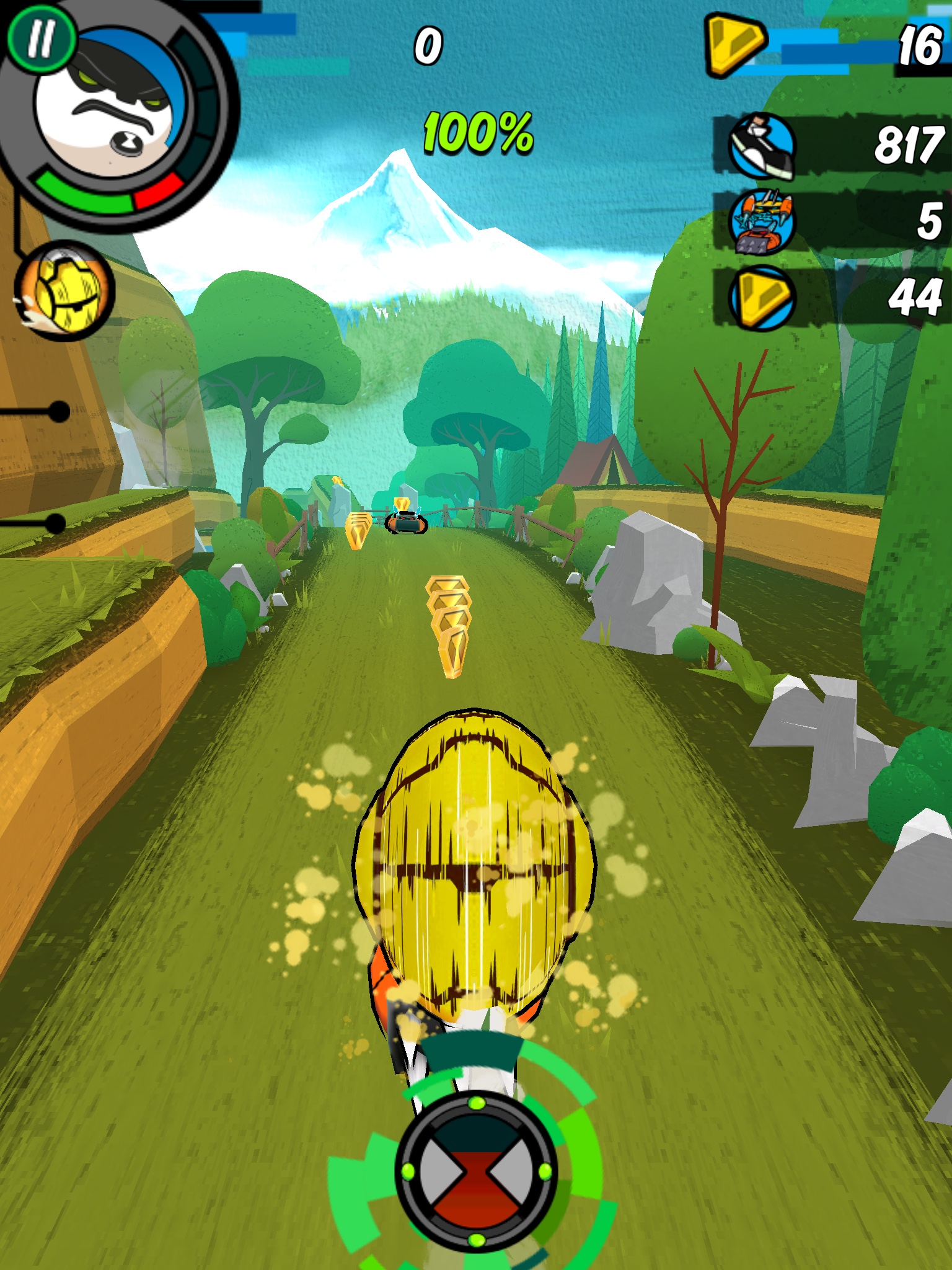 As fun as Ben 10: Up to Speed can, there are a few glitches and technical issues that inhibit gameplay. For instance, major graphics lag (on both the iPad 4 and iPhone 6) led to a number of early deaths, or “game-ending concussions” depending on how you want to look at full-body run-ins with giant rocks. Also, rather annoyingly, despite having enough points, the Omnitrix would not upgrade from level 1 to level 2 even after being brought to the upgrade screen by the game. While there’s a shop feature that’s ‘coming soon’ according to the game, which will theoretically make spending the in-game coins and points easier, trying to take on levels 15 and above with a level 1 Omnitrix was virtually impossible.

At the same time, it remains to be seen whether the shop will open the door to in-app purchases. If that’s the case, we might see Ben 10: Up to Speed move from the paid to free-to-play space with another update. More important than whether the game continues life as a paid app or is free, the prospect of an update means that there’s hope some of the glitches currently holding the game back can be worked out.