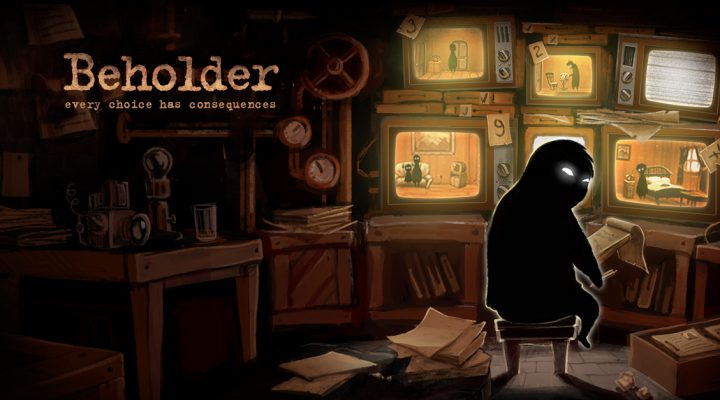 Interviews and investigations can be tedious

No hints or help on how to complete missions

Menus can be tedious to navigate

There is much debate on how games with negative elements— such as violence, racism, sexism, etc.— can affect their players with regards to empathy, decision-making, and morality. Add to that ongoing debate Beholder, a game which tests many social contracts on which we rely: privacy, the pursuit of happiness, property ownership, community.

Set in a dark, dystopian society (with government decrees dated “1984”), players must guide everyman Carl as he “manages” an apartment building for The State. “Managing” consists of surveilling, stealing from, reporting on, and evicting tenants, while occasionally witnessing State-sanctioned beatings of those deemed criminal. 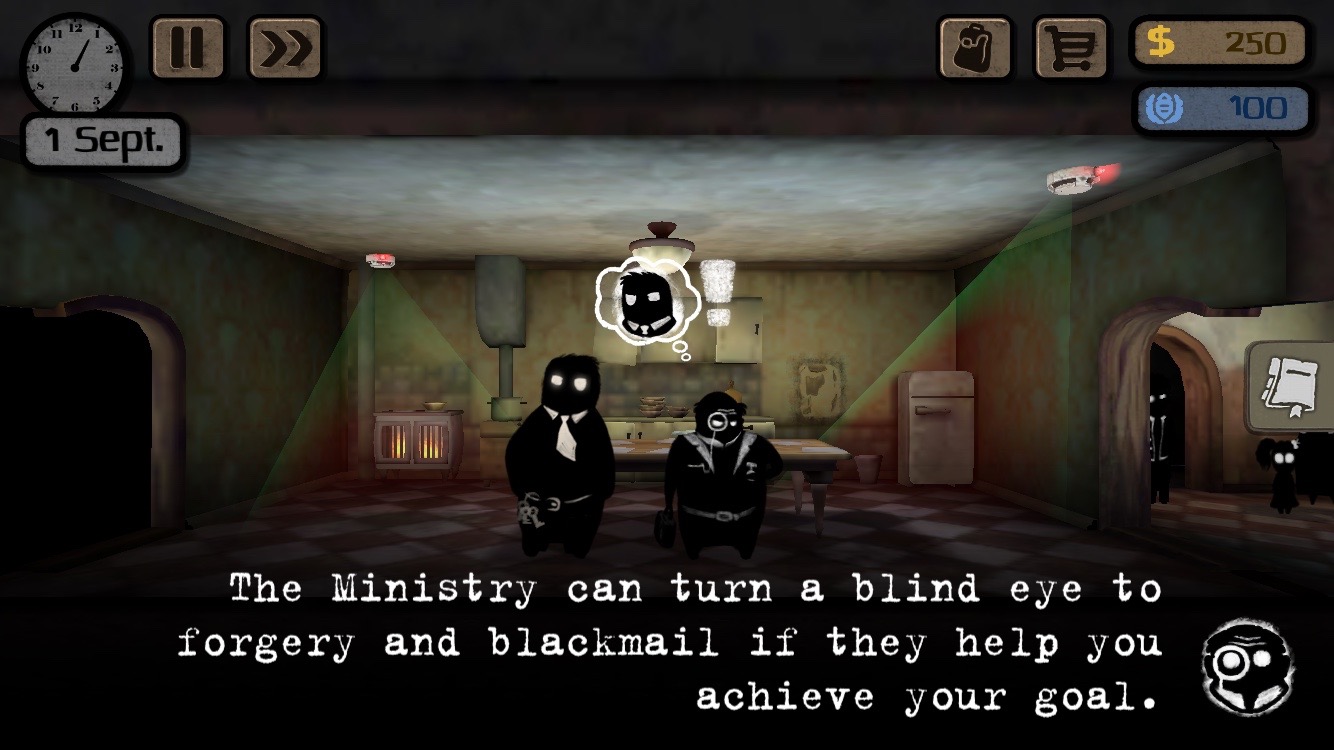 Carl’s livelihood and ability to fulfill the modest needs of his family relies entirely on following orders issued to him by a totalitarian government body. Some orders are purely functional, such as “install a camera” whereas others are more complicated and require research, conversations, and submitting reports. The most interesting orders feature complex morality issues, forcing you to decide if you’ll be helpful, merciful, unscrupulous, or just do whatever it takes to survive.

Practically speaking, you’ll need to maintain an inventory of items you find, sell and buy items, save portions of conversations to report, respond quickly to the requests of your family, and complete missions to advance the storyline. 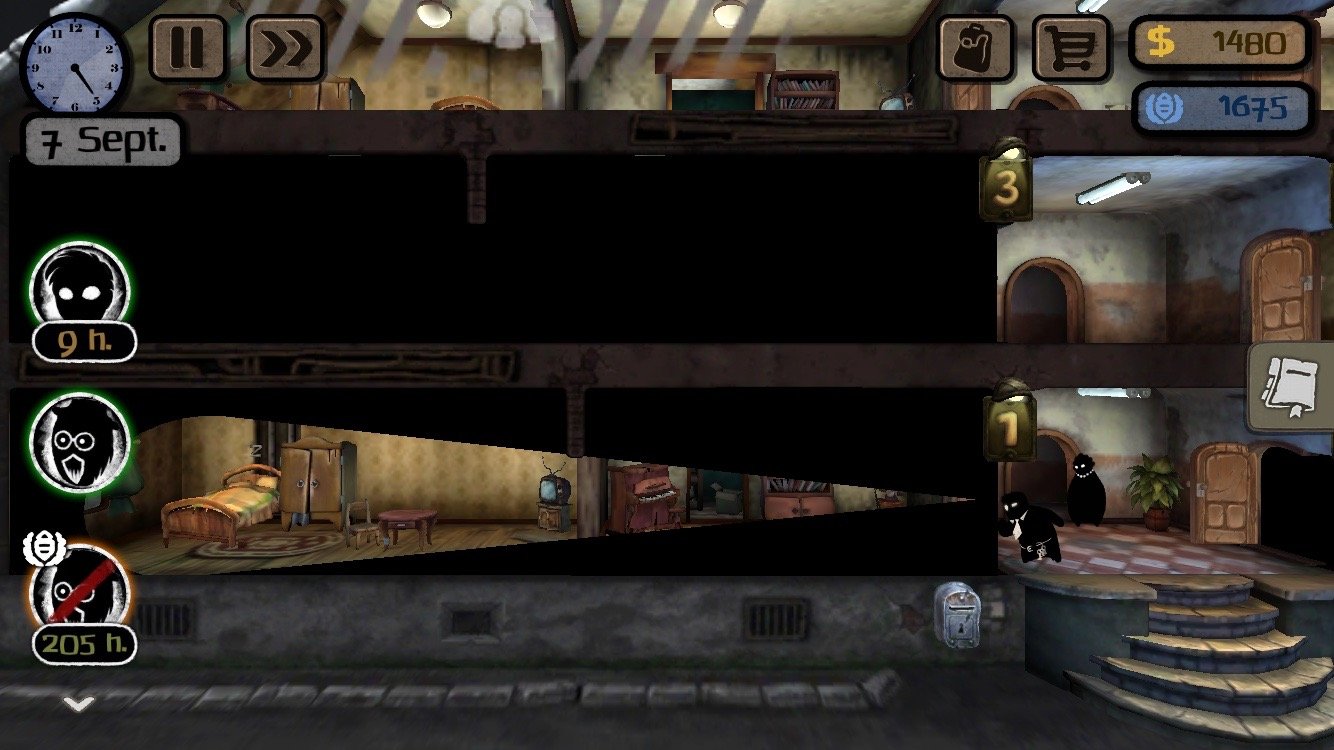 The art style and soundtrack are moody and evocative, fitting the theme of the game perfectly. Gritty but stylized, this urban apartment building feels like some impoverished city tenement, simultaneously from the past and the future. Of course, the constant surveillance, the diminishing civil rights and the ever-increasing cultural restrictions also serve as reminders of where we’ve been and, sadly, where we seem to be going. 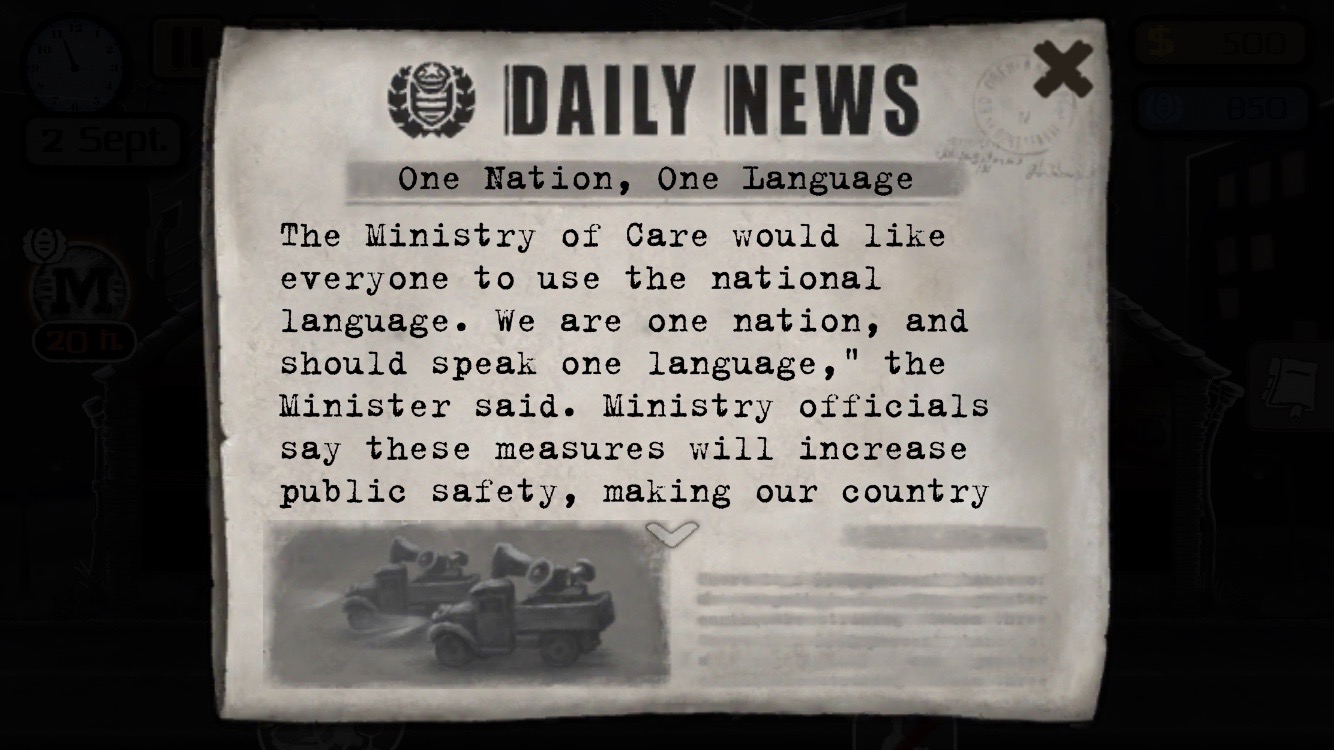 To get the most out of the experience, you’ll really need to be committed to exploring the full story of each of these characters. At many points during gameplay, I felt like the narrative was stagnating, awaiting some unknown set of actions to trigger the next plot advance. To move forward I had to backtrack a lot- investigating apartments and items I had already tried and talking to people who had very little to say. A hint system or some kind of direction outside of the list of missions might improve this experience. 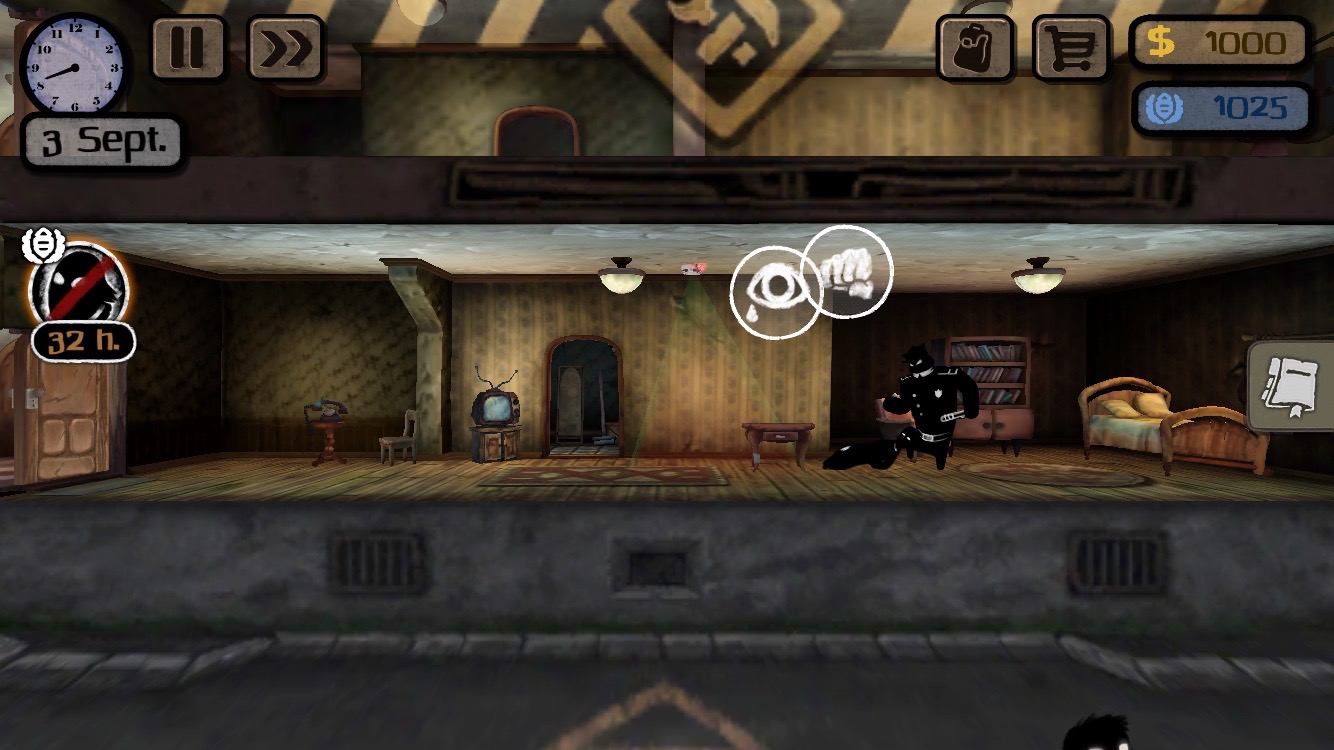 Not everything in the user experience feels as clean as I might like it to be.  Some of the user interface is tedious to tap through, just to find a piece of information; I would be willing to give up some screen real estate to have more menu icons surfaced in the HUD. This was particularly notable as I was trying to remember each of the tenants with their similar silhouettes.

It was also frustrating to steal items from neighbors but have to sell them in exchange for the same item, rather than be able to pass what I stole along to my family. Additionally, after opening up multiple apartments, no tenants were available and I wasn’t clear on how to get more people into them.

Ultimately, Beholder will appeal to folks who enjoy a slow-burning mystery, playing an anti-hero, dystopic storylines, or challenging moral dilemmas. It’s a narrative experience that tests the kind of person you are, for better or worse, and offers an engaging opportunity to dabble in ethical ambiguity. Sometimes it’s fun to be the bad guy, and sometimes, it’s fun just to watch.

Chroma Squad Review: Even Better Than the Real Thing