Behind the Reflection 2: Witch’s Revenge Review 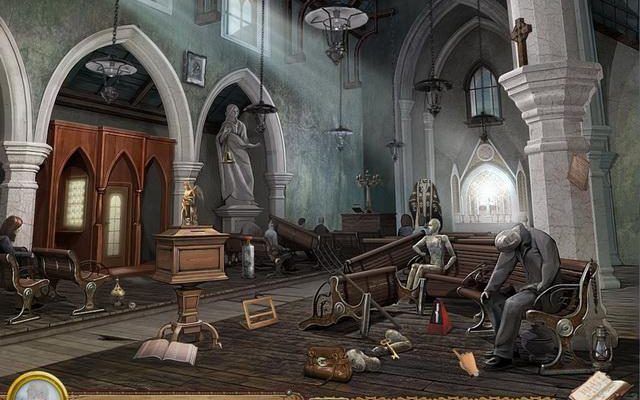 A woman takes on a witch in the battle for her son’s soul… again.

If I wanted to be lazy about reviewing Behind the Reflection 2: Witch’s Revenge, it’d be easy enough to do it. All I’d do is copy and paste the text from our review of its predecessor, Behind the Reflection, and ta-dah! I’d be done. The fact is, last year developer Veles Studio cranked out a bland, lackluster hidden object game and this year, rather than learn anything from the experience, they’ve cranked out another one.

Behind the Reflection didn’t have much of a story to tell, but Witch’s Revenge does its best to milk what little narrative there was. The first game had the heroine’s young son being inexplicably trapped behind a mirror by a generic evil witch for incredibly vague reasons. While there was some hint that the boy’s capture was related to the acquisition of a magical item, the “story” merely gave players an excuse to move through a series of seemingly unrelated scenes, cobbling together random items. Sadly, Witch’s Revenge does pretty much the same thing. The anonymous witch is back and she’s none too pleased with you for foiling her first nefarious plan; being something of a wiccan one-trick-pony, she once again imprisons your son behind a mirror and once again, it’s up to you to get him out. 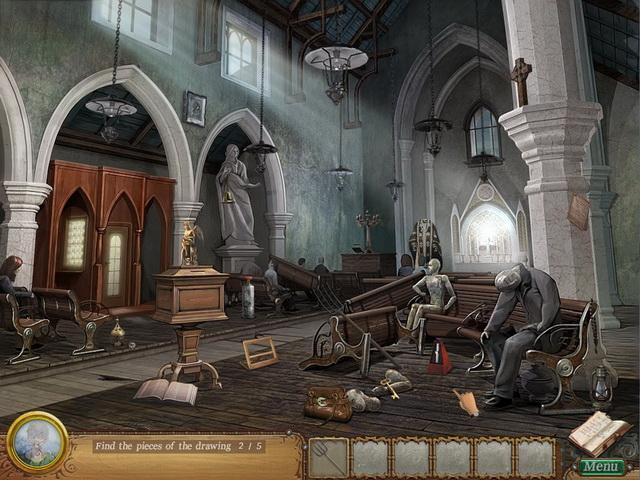 If the team at Veles hasn’t learned anything in the last year about crafting a better story, they also haven’t learned much about making a better-looking game. Aside from a handful of really nicely rendered 2D item portraits, the game is packed with forgettable 3D art. It’s as if every scene was assembled from a storehouse of stock 3D art objects.

In one no doubt unintentionally humorous instance, a hidden object scene featured a calendar from 1995. Considering the game’s dated graphics, the reference made perfect sense.

The characters too are fairly scary, with that “mannequin-come-to-life” look that’s the stuff of nightmares. Adding to the built-in graphics blahs is the fact that there’s next to no “color” text attached to them. In good hidden object games, you can click on things in the environment even if they’re not interactive, and obtain little bursts of contextual insight or commentary from the hero. It’s a small thing, but it goes a long way toward make environments feel like more than just window-dressing. 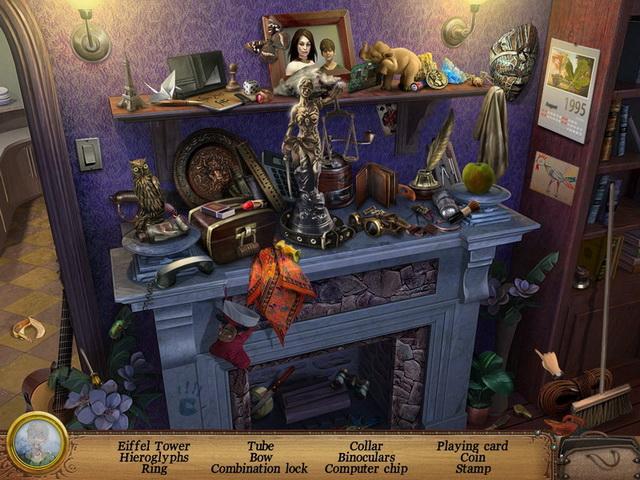 In addition to being aesthetically challenged, Behind the Reflection 2: Witch’s Revenge has issues with interactivity as well; for starters, the rules of interactivity keep changing. Sometimes you’re clued in to where to go by big, fat “go here!” arrows that pop up on screen. Other times random sparkles appear whether they need to or not, making you return to areas where nothing more can be done. On some occasions, you’re ordered to look for things by characters spewing awkward, poorly-translated dialog, and on others, you can only find items by clicking objects to move or open them. Top this inconsistency with puzzles that are peppered with persnickety pieces that often disallow you from placing them, and you have a recipe for boredom and frustration.

Granted, the game does have one somewhat interesting thing regarding puzzles: the idea of gathering the parts that trigger them. Where most games present puzzles as mini-games completely separate from hidden object scenes, Witch’s Revenge more closely integrates the two. The main point of the game in fact, is moving from place to place triggering puzzles by collecting items then taking items earned from solving those puzzles and constructing various key story items. It’s a good idea that could really have taken off, but it’s weighed down by the game’s myriad failings.

Flimsy story, boring 3D art, confusing interactivity, bad dialog—Behind the Reflection 2: Witch’s Revenge has it all. Although here and there hints of the Veles team’s talent shows through, somehow in the development process, a lot more than dialog got lost in the translation. A bit of friendly advice Veles – next time, do both yourself and us a favor and learn from your mistakes.