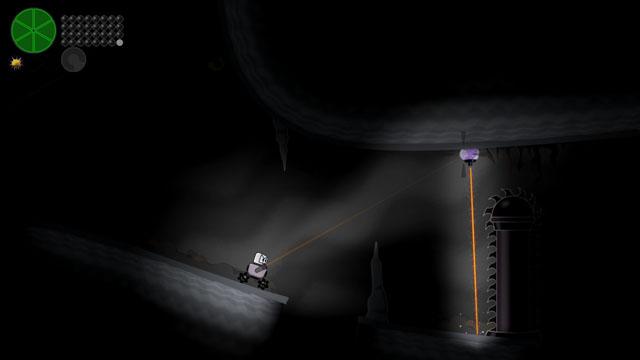 Beep is an attractive indie platform game that suffers from somewhat frustrating controls.

For platform games like Beep, controls are the difference between frustration and fun. A game can be extremely demanding but feel absolutely fair if you feel like you’re not fighting the game’s controls, but merely your own incompetence at using them. Beep definitely wants to be from the demanding-but-fair school of platform games, but makes some control decisions that make the game feel frustrating to play. The control lapses are deeply regrettable, as Beep is otherwise an inspired game in every sense of the word.

In Beep, you control one of a series of robots that is part of an unmanned space exploration ship sent out from Earth long ago. The ship can construct infinite numbers of robots, so this is a game where you can’t run out of lives. The ship also contains the hivemind that all the robots share, so you never need to go back and gather collectible items like Anti-Matter Chunks and Anti-Matter Nuggets after you get them the first time. You can also always restart from checkpoints. Each robot is armed with a gravity gun for moving objects around and a regular gun for defeating enemies. You control the two guns with the mouse and move your robots with WASD or the arrow keys.

If it was possible to run out of lives in Beep, you would. After a breezy first level the game rapidly becomes more difficult, filling each level with deadly enemies, bottomless pits, and puzzles that you must solve or die. The game wants you to explore its challenges through trial and error, dying until you get things right. Once you can figure out how to beat part of a level, you ideally hit a checkpoint and save your progress. Even if you can’t, anything dangerous you did to grab an item won’t need to be repeated.

Beep runs into two problems with its approach to platform gaming. A good platform game is going to be about precision, but the physics engine in Beep is mushy and imprecise. Objects move in realistic but inconveniently random ways. You control your gravity gun with your right mouse button, by holding it down. If you happen to ease up the pressure while moving physics objects around, expect to drop your item. Some levels punish you very severely for dropping items, which you must sometimes carry long distances as part of solving a puzzle. Levels that involve carrying physics objects across bottomless pits quickly become hateful rather than fun. 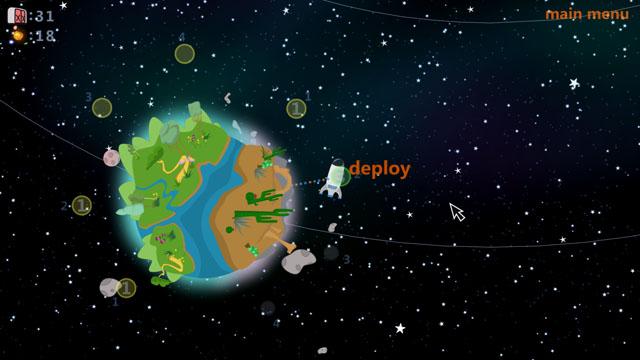 There’s also an issue where, particularly in later levels, checkpoints are very far apart. It becomes easier and easier as you move forward in the game to hit sections where a death means repeating a long segment of platform or puzzling before you can get to the part that killed you again. If Beep was playable with more precise input than the mouse and keyboard can manage, particularly for the gravity gun segments, this might be more forgivable. As it stands, Beep is an interesting game that will require a fair bit of patience to enjoy to the fullest.