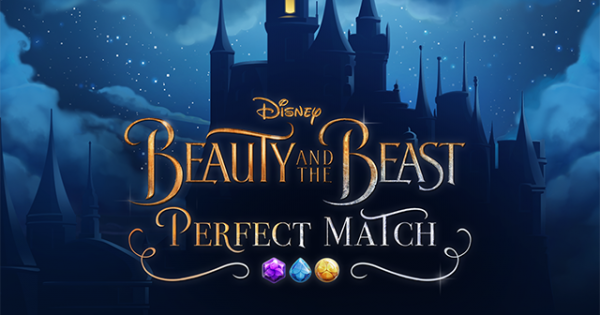 Tone and dialogue consistent with the animated film.

Probably a little too easy for most match-three fans.

Gets stuck on the load screen about 1 out of every 5 boots.

It isn’t the worst match-three puzzle game, but there are a couple of major gameplay issues that will likely turn off the majority of casual puzzle gamers. Firstly, there isn’t the same incremental-but-noticeable increase in difficulty that match-three players have come to expect. The puzzle in level 31 doesn’t feel any more of a challenge than puzzle 8. The result is an experience that can feel really repetitive. 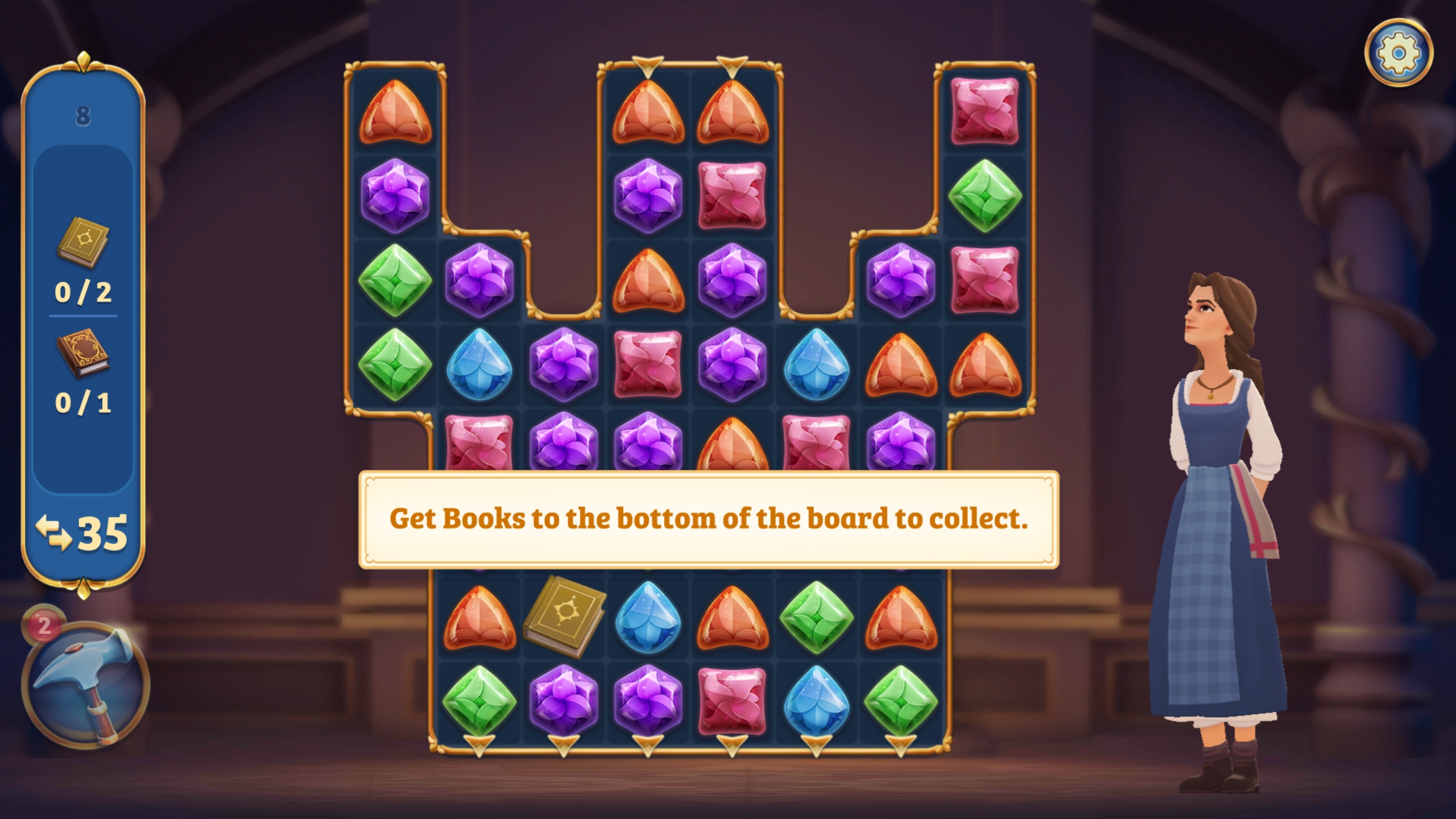 Another smaller, but perhaps even more frustrating issue is the inability to form squares with a combination of four like-coloured blocks. ‘T’ shapes and ‘L’ shapes are acceptable, but not the square. This differs from other popular match-three games (Rio: Match 3 Party, the aforementioned Star Wars game, etc.), which not only accept the square but use it to create a special gem.

On the surface, it’s a small discrepancy. During gameplay however, it can be incredibly frustrating as attempting these types of matches is a reflex for many match-three fans. It can take quite a while to retrain yourself so you aren’t trying to match in vain over and over. 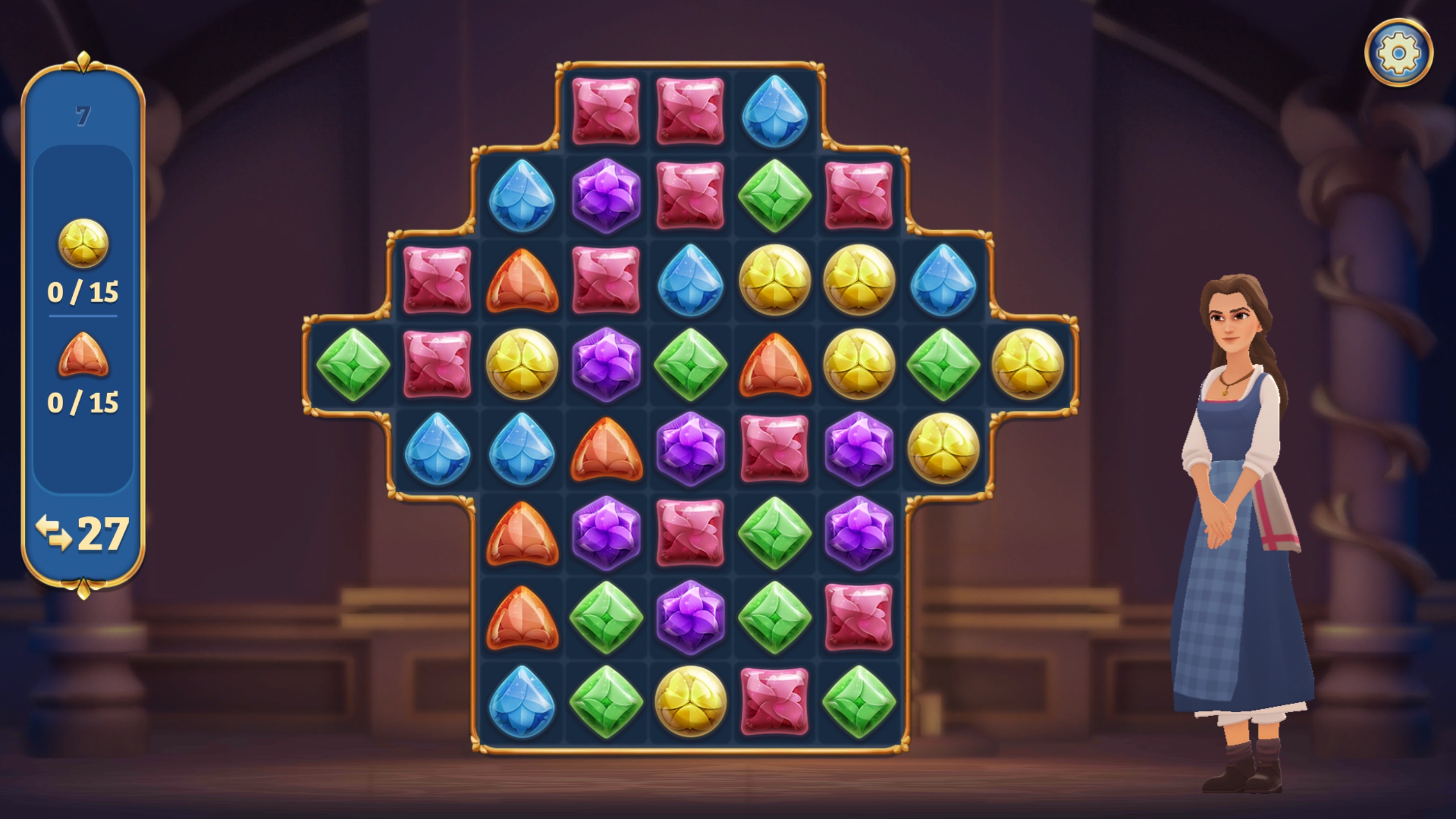 For those, particularly the legions of children who have downloaded the game, none of this matters. They aren’t playing Beauty and the Beast Perfect Match because they’re on the hunt for a good puzzle game. This audience simply wants to interact with their favourite characters. For casual gamers looking for their next favourite puzzle game, however, this factor alone means this game will quickly be abandoned.

Beauty and the Beast Perfect Match also flirts with incorporating elements of games like Animal Crossing: Happy Home Designer and Castaway Home Designer into gameplay. However, the execution makes it seem as though this dimension to the game wasn’t really thought through.

There’s stunning furniture that can theoretically be used to help turn your design dreams into reality. But the limitations around where items can be placed and the lag between unlocking and feasibly having enough money to purchase items sucks a lot of the fun and creativity out of this part of the game. For example, if you’re going to restrict object placement, why is it okay to put a giant statue at the end of a staircase but not in the middle of the room? Clearly, the Beast doesn’t have a health and safety committee among his castle staff.

For all that is incredibly frustrating with Beauty and the Beast Perfect Match, the game does have its strengths, even if they aren’t quite grand enough to bump the game into the ‘must play’ category. The dialogue in the game matches the tone of the beloved Disney animated version of Beauty and the Best quite closely, even going so far as to incorporate the franglais dialogue that’s an important but often overlooked characteristic of the film.

The animation is also very well done. It’s warm and welcoming in 3D while retaining the same look as the classic Disney Beauty and the Beast characters and settings. 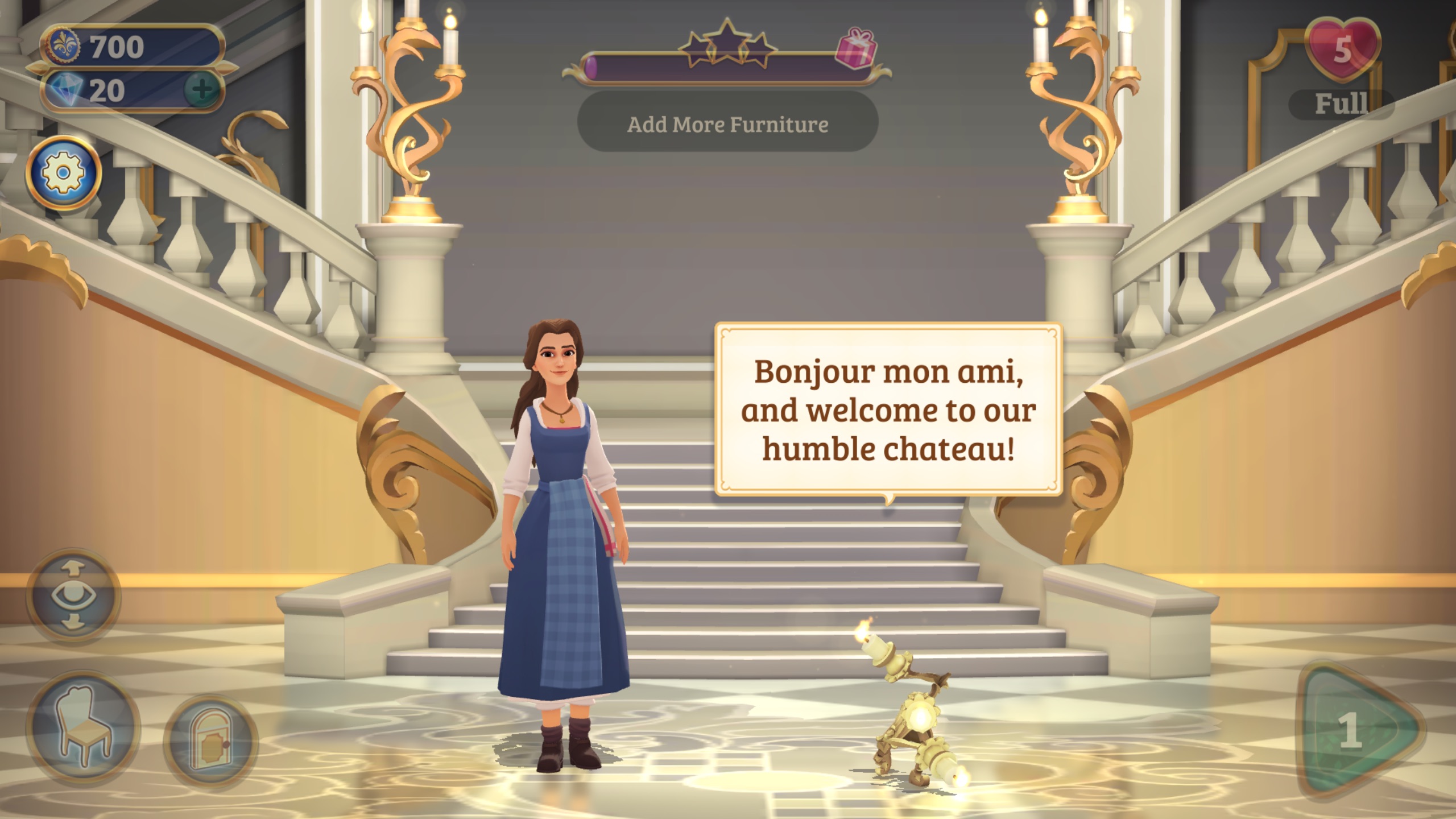 Overall, Beauty and the Beast Perfect Match is a passable game. It gets the job done, even if not particularly well. It may not be the best puzzle game on the market, but it’s far from the worst. If you’re looking to kill time while enjoying some of your favourite characters and doing a little interior design along the way, it’ll be right up your alley. For everyone else, it’s probably one you can skip without feeling like you’ve missed out.