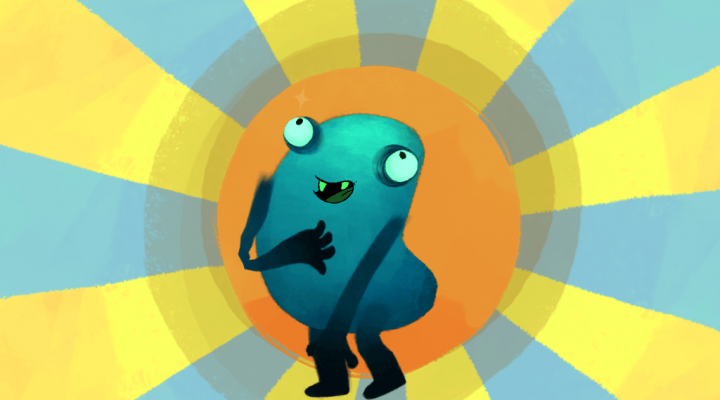 Levelling up is a slow process.

More social options would be nice.

Harmonix is one of the first names that should pop into your mind when you think of music games (it’s right there in the name, dude!), so it only makes sense that one of the games to result from their partnership with Tilting Point is the virtual pet / rhythm game hybrid BeatNiks.

In BeatNiks, you design your own little music-making pet. You feed it, clean it, shop for it, and play games with it. If you’ve ever owned a Tamagotchi, you should at least know part of the drill.

BeatNiks is adorable. Its graphics are colorful and creative, and its method of monster design and evolution is original. However, there just isn’t a whole lot to do with your little guy, which makes levelling up a slow endeavour. 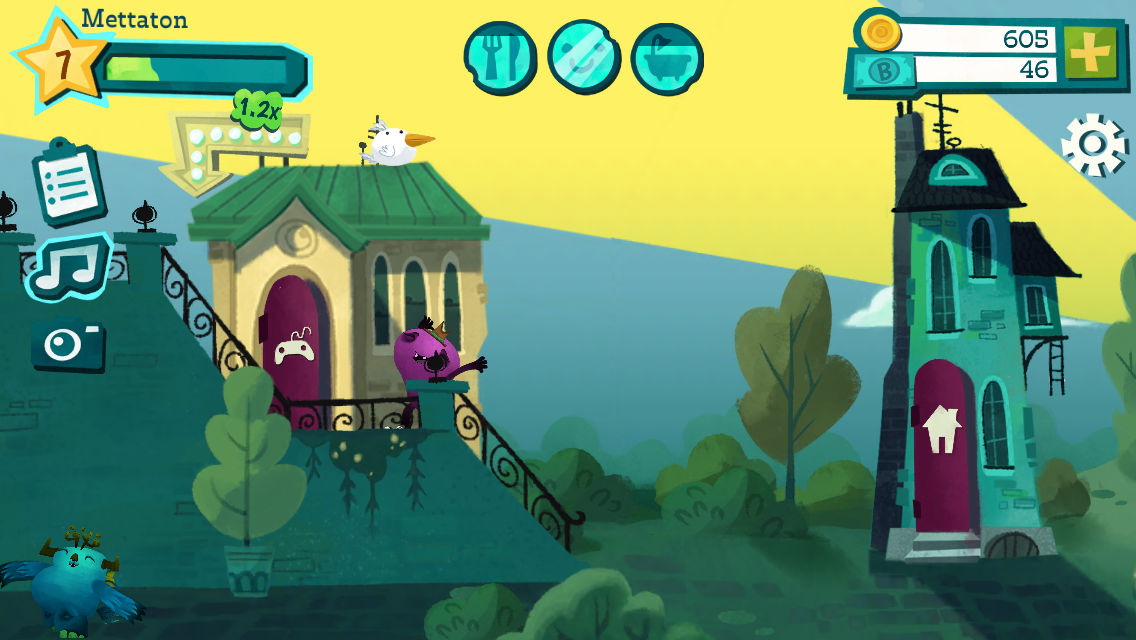 When you design a critter, you don’t simply choose its physical attributes. You also tailor its sound, which directly influences how the beastie looks. A player who prefers the rock-style riff they’re offered will wind up with a different monster than the player who picks the jazzier beat.

Between the sound-based method of character creation and the evolution options that come later, you can wind up with a cool-looking monster that’s unique to you. Moreover, the furnishing options you’re offered are determined according to your monster’s look (which, again, reflects your musical preference).

Problem is, getting to the point where you can furnish your apartment takes quite a bit of time. You gain levels and open up new gameplay options by completing tasks, but at times there are painfully few tasks to complete. And when you are given tasks, they’re fairly generic. Poke your monster ten times. Play a game with them. And so on.

The minigames likewise take a long time to unlock, and when you play them, you quickly discover they’re rather one-dimensional. Two early games include a Memory-style challenge, and a simple but fun rhythm game that you can feed your own music into.

In fact, you can stream your own music into the entirety of the game world, which ups your rate of experience acquisition a smidge — when there’s experience to earn, that is.

BeatNiks has some great ideas, so it’s a shame so many of them aren’t really cooked to their fullest flavor. Faster levelling-up would be welcome, but there should also be some design tweaks to take full advantage of the property’s creativity. 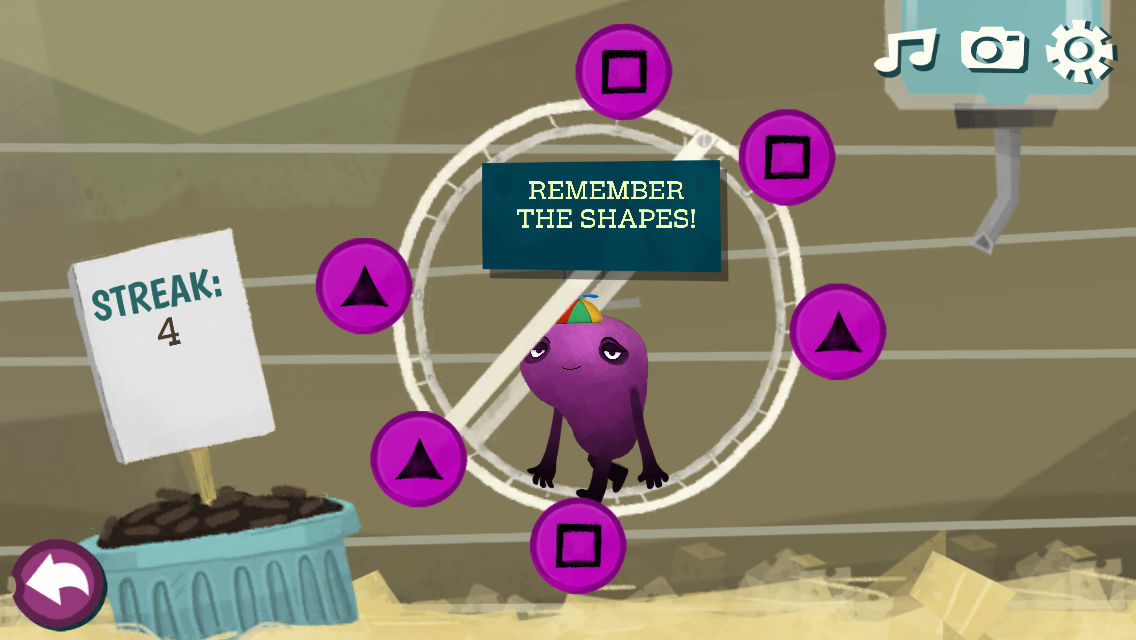 For instance, more social options would be great. Currently, you can take pictures of your monster and their surroundings and post them on social media. You can also add friends via Google Play or GameCenter, so their monsters wander around your town. But it’d be really awesome to be able to visit your friends’ houses and play with their monsters. Being able to shop outside your own city would be cool, too, since everyone’s decorations are influenced by their musical tastes.

BeatNiks has a solid foundation, and it definitely has its own sound (figuratively and literally). It’s currently a bit slow and spare, but that may change over the coming months. Let’s hope so; this game exudes a pretty cool beat.

The Room Three Review: We Have To Go Deeper