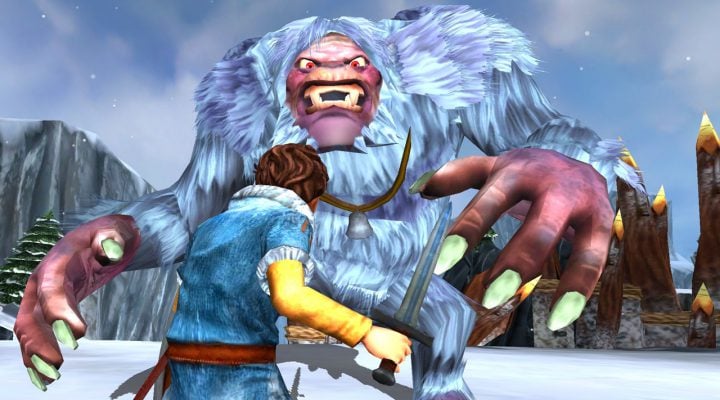 It was somewhere in between hacking down a pack of wolves and picking colorful mushrooms to make an explosive potion that I realized that I hadn’t looked up from my iPad in some time. It was a cathartic moment; one where I looked up, thoughtfully muttered, “Huh,” and then looked back down and kept playing. Very rarely can I get completely engrossed in a mobile game like that.

In Beast Quest, players control a hero (aptly named Tom) who is on a quest to stop an evil sorcerer who has poisoned the minds of creatures and must be stopped. Tom will go about his adventure armed with a trusty sword, shield, and a cast of supporting characters to help him on his way. 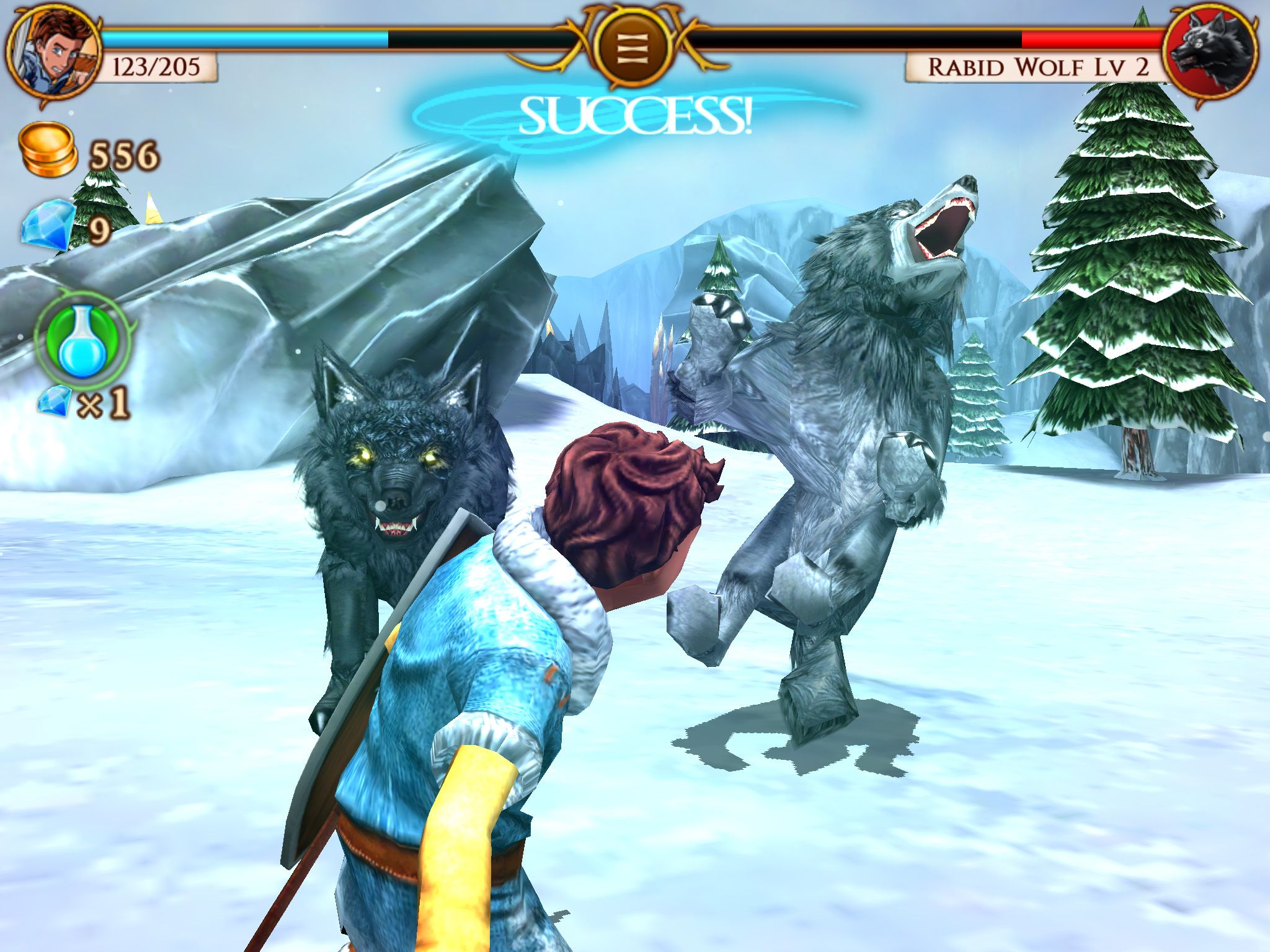 The adventure begins in the snowy lands of Nanook, on the trail of a the game’s iconic Yeti-like beast. Currently, there are only two zones for players to venture through: Nanook and Sepron. While Nanook is completely free for anyone who downloads and installs the game, Sepron costs 99 Gems (about $5) to unlock. Players can opt to outright buy gems, but gems can also be earned in Nanook by completing various achievements. This means players have the ability to further reduce the price of unlocking Sepron. With that said, Nanook will take players a few hours to get through, so they are by no means getting the short straw. If anything, Nanook serves as a demo for what players can expect to find in Sepron and other zones, when they are no doubt added at later dates.

Once the adventure gets underway players will learn the basics of combat which involve attacking and dodging abilities. The controls in combat are intuitive enough that I didn’t really even need the tutorial. Tap the sword button for quick, light attacks; hold the sword button to power up a sword strike to varying degrees of power. Arrow icons rest on either side of Tom for quick dodging during an enemy’s strikes, and occasionally prompts pop up on screen for other interactive quick-time-events that the player will need to complete to pull off offensive and defensive stunts. 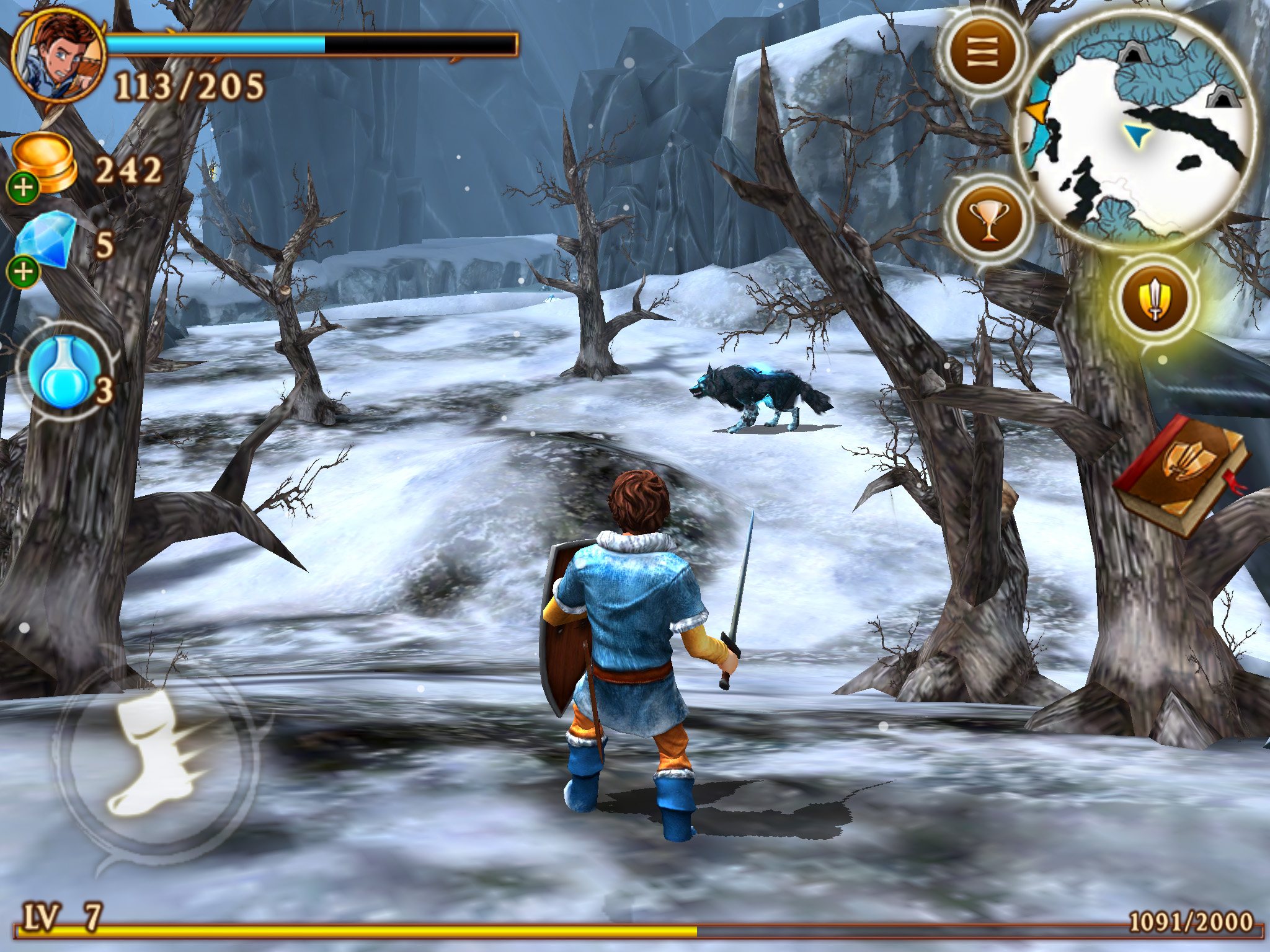 Combat happens in real-time, but in isolated instances. It’s more akin to an RPG in this regard than a third-person action game like Zelda. When you stumble across an enemy, the game shifts into combat mode and the fight begins.

Beyond combat, the other main mechanic of Beast Quest is exploration. The developers did a great job of generating environments that are fun to explore while naturally ushering the player in the right direction. Even though Beast Quest is linear, I never felt like I was being forced to go in one particular direction. The game gave me enough open environments that I never felt like I was being funneled around.

Exploring pays off, too. Players will find gold and gems scattered throughout the zones, and the occasional treasure chest that always contains a good chunk of gold and sometimes even a part of a rune that, once assembled, can give players slight power-ups to their stats.

The one disappointing thing about Beast Quest is that there are very, very few customization options available. You can’t choose to play as a boy or a girl, you can’t change how Tom looks, or upgrade Tom’s equipment at all. What you see is what you’ll be using. When you level up you can choose to spend gold on a stronger sword, shield, or increased health, that’s all there is to upgrade. In a game that is held together by questing and collecting loot and experience, I feel like leaving out customization options is really holding the game back from being as engaging as it could be.

With the lack of customization aside, Beast Quest is a really solid adventure game that should be investigated by any gamer with a thirst for adventure and some time to kill.

Cooped Up Review: One Strange Bird