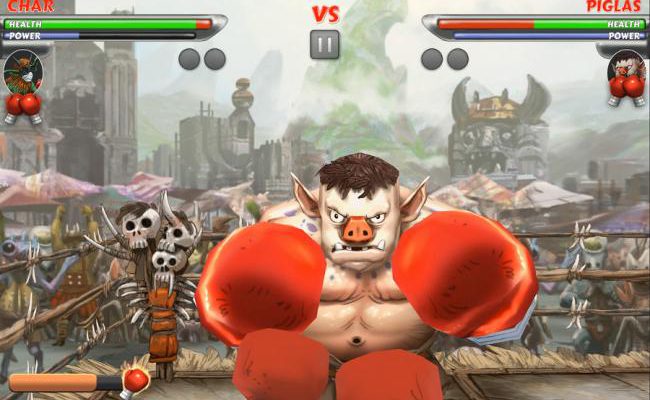 Zeno Clash taught us a few years ago that punching animal-human hybrids in the face is a lot of fun. Beast Boxing Turbo now takes the concept into the ring, Punch-Out style, as a human looks to become boxing champion of the beasts.

Initially it seems like the Goodhustle-developed title is going to be a keeper. However, it soon becomes obvious that, despite giving the impression of depth, there really isn’t much to the fighting action at all, besides hammering two buttons over and over. Still, there’s plenty to like here, and perhaps a more focused sequel would get us going a bit more.

Char is a human amongst the beasts – a human who longs for a career in boxing. Unfortunately, humans aren’t allowed to enter the boxing leagues. Donning a monster mask, Char infiltrates the league, beating opponent after opponent, in a bid to be the first human to beat the beasts of Beasthalla. 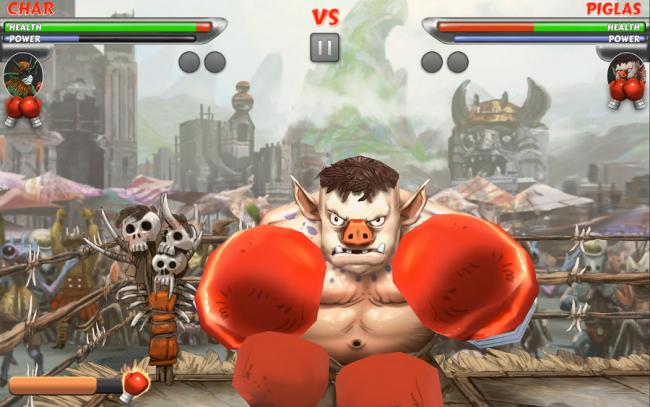 Gameplay involves blocking punches from your opponents, then throwing in your own one-two hooks and uppercuts. It’s all about waiting for an opening and then going crazy on the other person, hooking and jabbing like there’s no tomorrow until your combo builds up, and they fall down.

It’s a hugely stylish game, with great visuals and a lovely feel to it. With every punch thrown in your direction you really get a sense of the power, and the action is sublime. Throw enough punches in a row and you’ll get a combo boost, allowing you to cause more damage with your fists of fire. It’s brilliantly intense stuff.

To aid you in your quest, you’ve got a coach who is genuinely useful with his comments and tutorials every step of the way, plus equipment and training upgrades that can be purchased with the coins you unlock throughout play. This is all pretty important, and so checking out the available gear in-between matches becomes part and parcel of the whole experience.

Around halfway through the game, however, it becomes obvious that there really isn’t much to it. The game offers special hooks and uppercuts for you to perform, and tells you to use rhythm and watch the way your opponents move for an insight in how to win big.

But none of this is necessary. You can, in fact, win absolutely every single match in the game by simply watching a second or two for your opponent to throw a few punches, all the while holding down to block, then hammer the left and right punch buttons for the next three seconds. Repeat this over and over, and it’s possible to complete the entire game very easily.

It’s even easier if you keep buying all of the upgrades at regular intervals. We didn’t have to repeat any matches or play any exhibitions, as the game suggested; yet we managed to play through the entire game and beat the last boss without breaking a sweat. Opponents each have their own special moves, complete with great animations, but we didn’t even get to see most of those, as we’d already taken enemies down before they had a chance to use them. 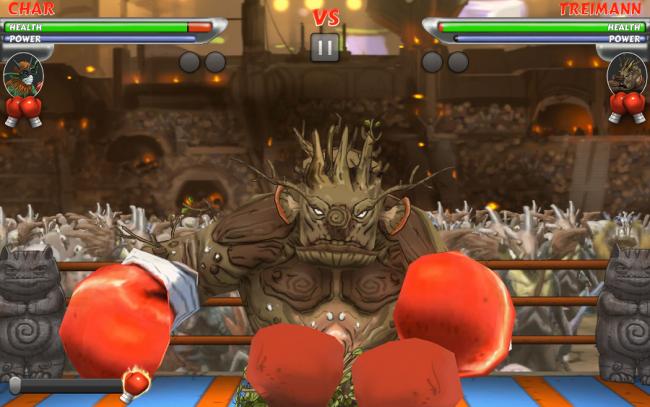 The real issue is that there’s simply not a lot of variety. Every opponent moves ever so slightly different to the next, but really all they’re doing is punch-punch-punch, then leaving a gap for you to cause some damage. Learn just one strategy, and you can beat every single enemy.

Beast Boxing Turbo is also very short. We managed to beat the main campaign in around 90 minutes, which unlocks New Game+ — essentially the very same game again, but with your upgrades carried across, and harder enemies. By harder, we mean slightly faster and tougher, but if you’ve been upgrading regularly, it’s really not that much tougher at all.

Finally, we experienced a couple of crashes while playing, predicated by huge slowdown and followed by an error box that killed the game. It’s a shame, as it puts a bit of a damper on what is really quite a lovingly crafted title.

If the idea of punching pigs and chickens and aliens in the face is something you truly crave, then you’ll most likely enjoy Beast Boxing Turbo. As long as you don’t expect a huge amount of depth, and have a rather twitchy trigger finger, there’s just enough here to enjoy.