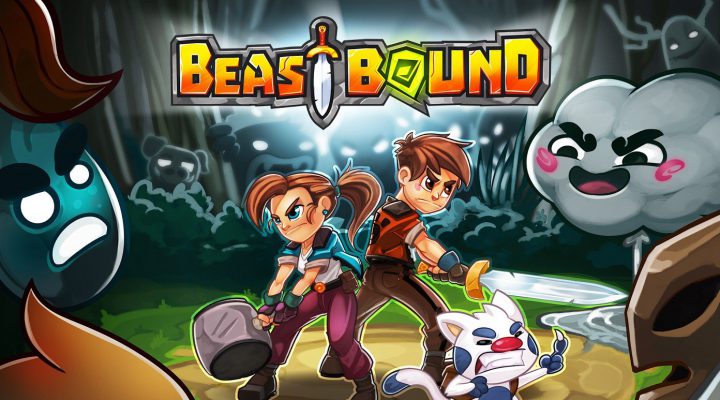 Buggy in some places

Banter can be tedious

Beast Bound from JB Gaming is a turn-based RPG that features funky monsters to slay, tons of loot to collect and a snarky feline sidekick to keep you company in your adventure. As a hunter on the lush island of Manaden, your job is to rid the land of oddlets and beasties through turn-based battles. The colorful art style and bubbly soundtrack have a charming and distinctly retro vibe that still feels very contemporary.

The gameplay is quite simple; tap to move your hero through the land, collect loot from the abundant chests, gift boxes and pathways, and battle monsters as you encounter them along the way by tapping quickly to attack or defend. Use the gold and items you find to craft potions, tools, weapons, and machines in your workshop. 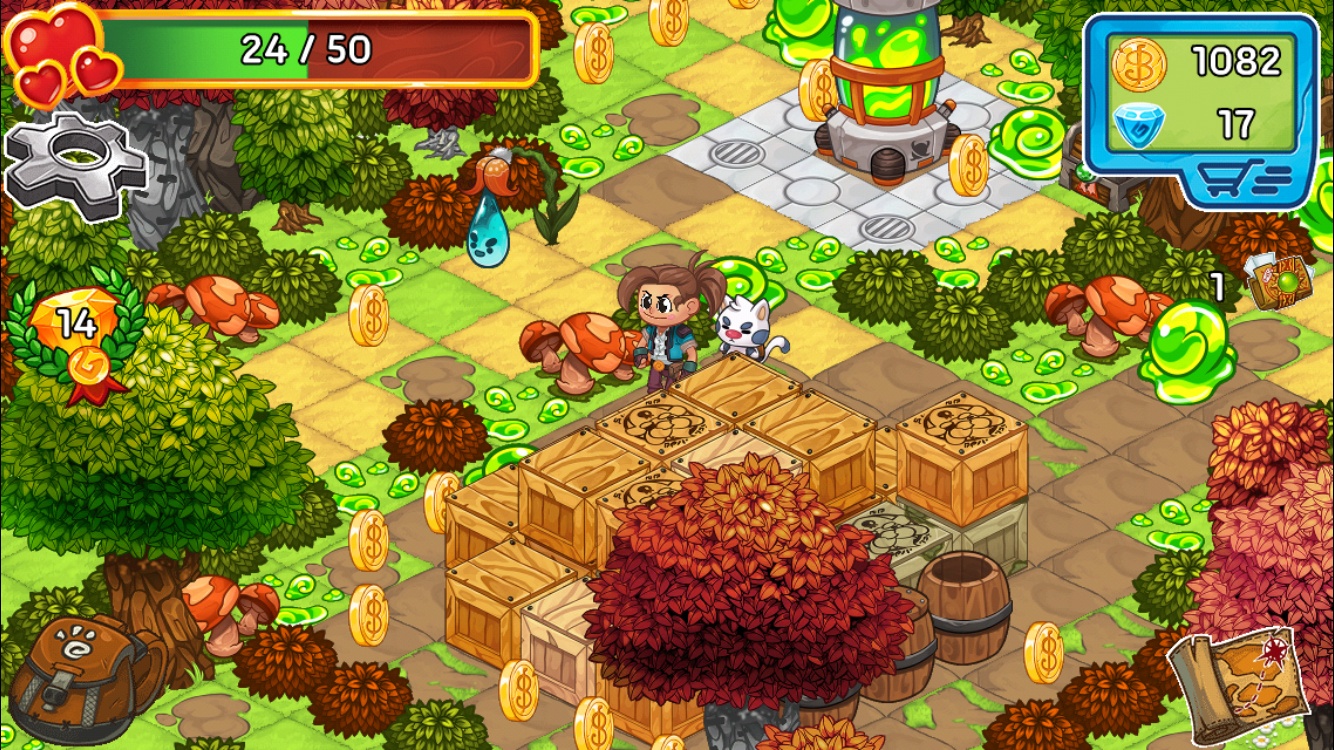 There is a learning curve to battling, but once you get the mechanic and pacing down, fighting is extremely satisfying. The pop-thwack sound effects and visual deterioration of your enemies are quite gratifying and there’s loads of loot to be earned if you’re successful. The tutorial didn’t give me details on equipping gear, so I discovered quite late in the game how to actually utilize my weapons. Once I did figure out weaponry and how to defend myself, the battles were even more fun since I was winning so much faster. 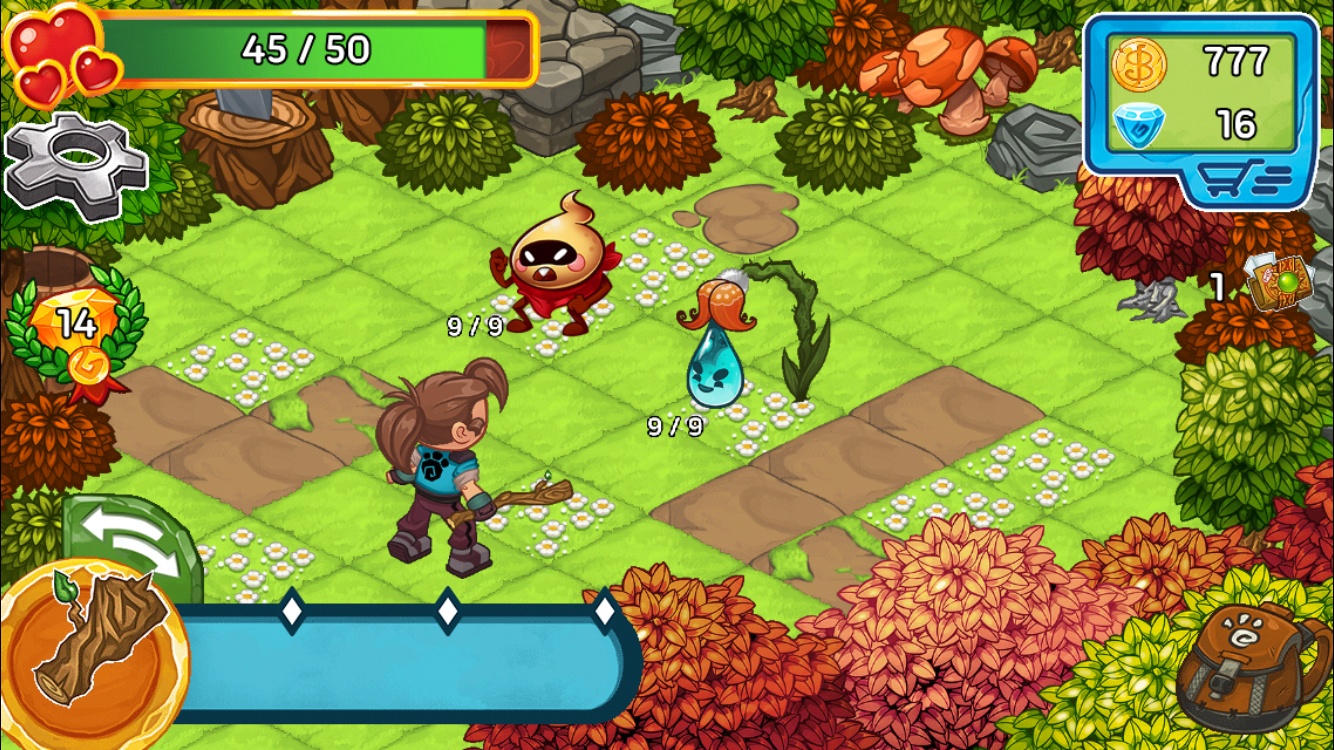 When you encounter a character you need to speak with, you’re going to have a lot of reading to do. To be fair, the game description does warn of “literary prerequisites” but I was still unprepared for the number of screens I had to get through before receiving valuable information. I accidentally spoke to a person twice and because there is no skip button, I was required to tap through panel upon panel of banter a second time. While some of the dialogue adds unique charm to the tone of the game, it can get tedious.

However, if time is not an issue and you’re looking for a deep story-driven relationship to your hero and the wacky characters you encounter, you may very well enjoy all of the backstory and banter. The writing shows how much care has gone into crafting this narrative and how much love the game creators have for their characters. As you progress, you’ll discover a quirky storyline that adds much more dimension and context to your individual battles. 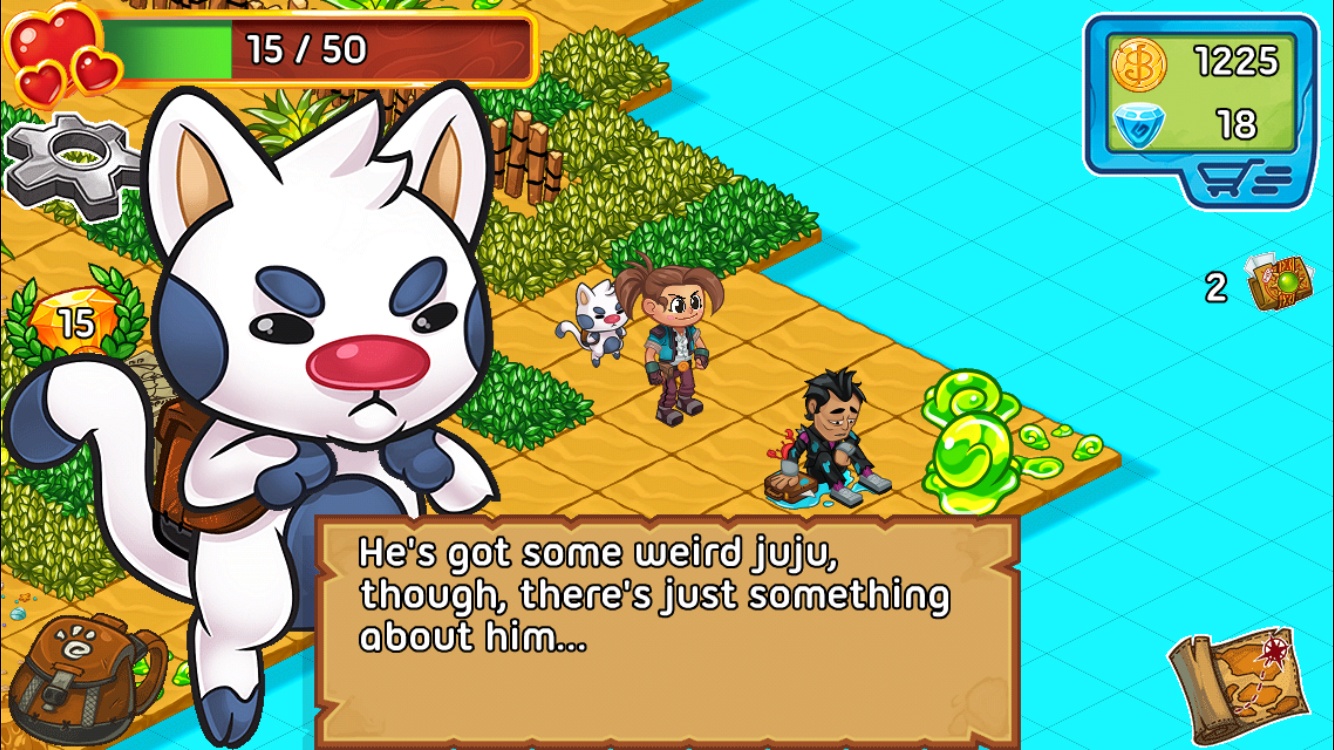 The game’s UI could use some polish in a future update. I encountered some buggy areas where my coin count appeared as a black box, text pop-ups were flipping from side to side, and some items were unresponsive or too responsive with no clear reason. In the workshop, all of my purchased decorative items ended up piling on top of one another instead of where I placed them in the grid.

During one battle, I was tapping furiously to defeat a baddie and, having died abruptly, I accidentally tapped the “workshop” button which appeared exactly where my hero was fighting. I would have happily used a revive potion to continue from where I was, but with no confirmation I was immediately swept back to the workshop. I lost all of my progress and was left quite frustrated at the prospect of grinding through all of those forests again when I had a revive potion ready to go. 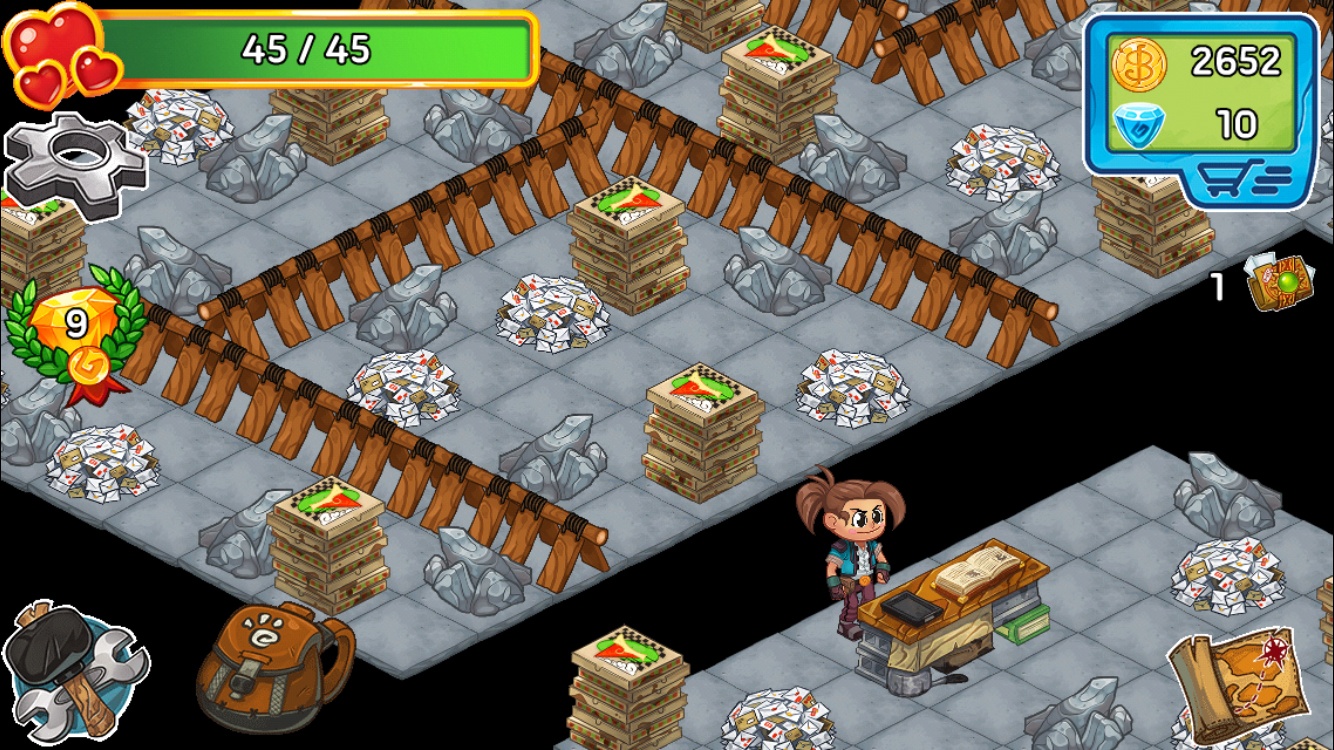 The workshop has a lot of fun customization options, but wow is it overwhelming at the beginning. It’s bordering on a hoarder’s home and clearing out individual plots cost a lot of resources, even at the beginning; 1000 gold coins to clear my first pile of bills seemed exorbitant when I was earning three gold coins at a time. However, resources and loot are in great abundance throughout the lands and I was happy to receive full energy every time I returned to the workshop (even if it was by accident). I was also able to grind through areas over and over to earn even more coins and treasures.

Though Beast Bound is free-to-play, I didn’t encounter any noticeable paywalls that would prevent me from enjoying or progressing in the game. In fact, it seemed that almost everything could be earned through gameplay, with the exception of some optional vanity items.

Beast Bound is a peculiar adventure with odd little monsters, loads of loot, satisfying battles, and a quirky narrative that will keep you foraging and fighting. It’s worth a try for any fans of classic RPGs.

Green Ninja: Year of the Frog Review – Enter the Amphibian