Bean Dreams Review: Where’ve You Bean All My Life? 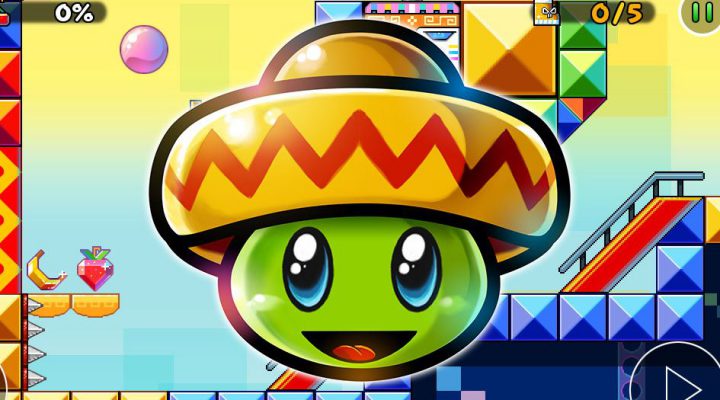 At least once a month, I’ll hear a story of a new emulator being added to (and then shortly thereafter, removed from) the App Store. Programs designed to load and play titles from the SEGA Genesis, Game Boy, or PlayStation, all in the hopes of capturing the joys of a gaming era gone by, and putting it in your pocket. On one hand, I can understand the desire to revisit old favorites and bathe in the nostalgia. And yet, when playing a game like Bean Dreams, it becomes harder and harder to see the need to dredge up the old classics. After all, we’ve got new ones to keep us busy.

A long awaited followup to developer Kumobius’ 2011 hit Bean’s Quest, Bean Dreams is a return to the same basic – and highly adorable – premise. As the world’s cutest (and perhaps only) living, sombrero-sporting Mexican jumping bean, you’ll bounce your way through fantastical landscapes defeating monsters, collecting glassy fruit, and ultimately ridding the world of evil…I think. It suffices to say that Bean Dreams goes light on the story in favor of a focus on gameplay. The result? A stellar sequel that fans will adore, and a title that stands toe to toe with anything from arcade gaming’s golden age. 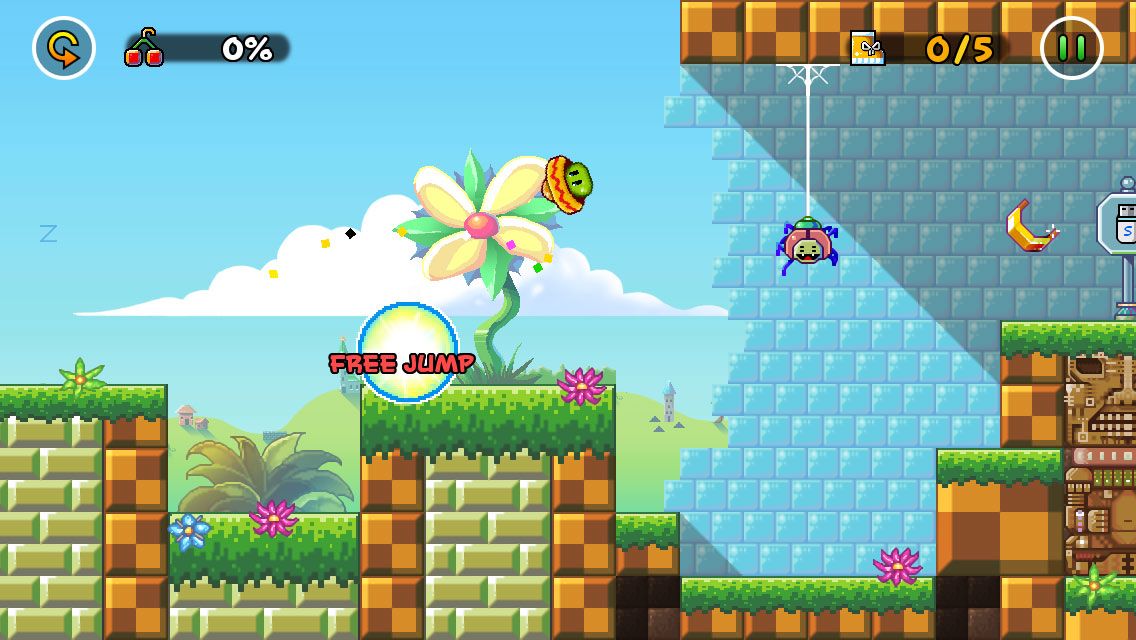 For the uninitiated, the Bean’s Quest titles borrow their central hook from – of all places – golf. En route to each micro-mission’s goal pad, players tap the left and right edges of the screen to bounce the intrepid legume left and right, with each bounce adding a point to a running tally. At level’s end, you’re awarded a medal based on how closely you hewed to a suggested “par,” with gold-worthy runs sometimes requiring as few as 1 (or 0!) bounces. Along the way, you’ll also want to make sure to grab the stage’s share of tantalizingly shiny fruit, and rescue the adorable, anatomically confused “Axolotls” (they sit perplexingly somewhere between a platypus and a naked mole-rat). How is all of this possible at once? It isn’t, and that’s ultimately the rub.

I regularly lambast “three-star”, multi-goal mobile games for padding length by tasking players with goals that can’t possibly be achieved at the same time, forcing replays for their own sake. With Bean Dreams, however, Kumobius delivers 48 expertly crafted levels that essentially pull double duty as 96. Playing each one for the sake of collecting all the fruit and rescuing the hidden Axolotl is a joy unto itself, with creative level geography and enemy placement offering up bite-sized moments of platforming pleasure. In the same way I would mash the buttons on my controller when I was young, I found myself pressing each of the screen’s arrows illogically hard, as if leaning into them with my full weight would send me sailing that extra inch needed to clear the chasm. Each stage, a miniature but mighty test of timing and forethought. 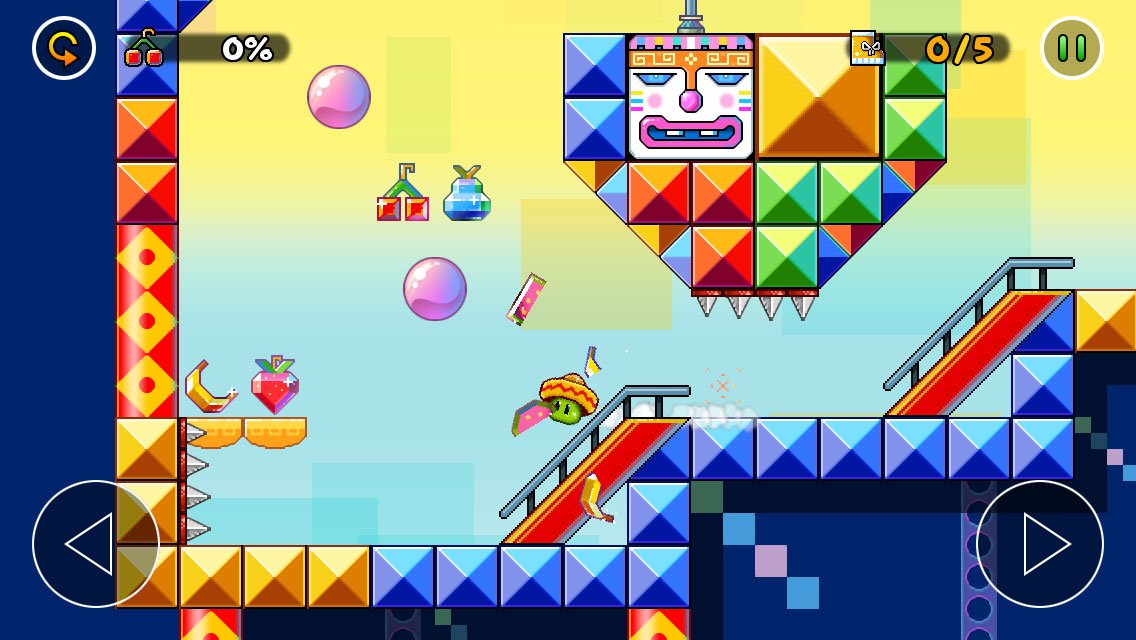 It’s when you return later to chase those bounce goals, however, that the game’s expert craftsmanship takes shape. You see, it isn’t just a matter of cleverly pressed jumps executed along the same path previously trod. Far from it. Earning the coveted golden boot in each stage means hunting carefully for shortcuts, mastering your sense of the game’s arcade physics, and honing the spontaneity necessary to pick the best path on the fly. Whole swaths of each level can often be ignored when attempting to shoot for “par,” revealing dotingly thought-out gauntlets sewn into the fabric of each course. The result? Beans Dream feels like it scratches any gaming itch you could possibly have. 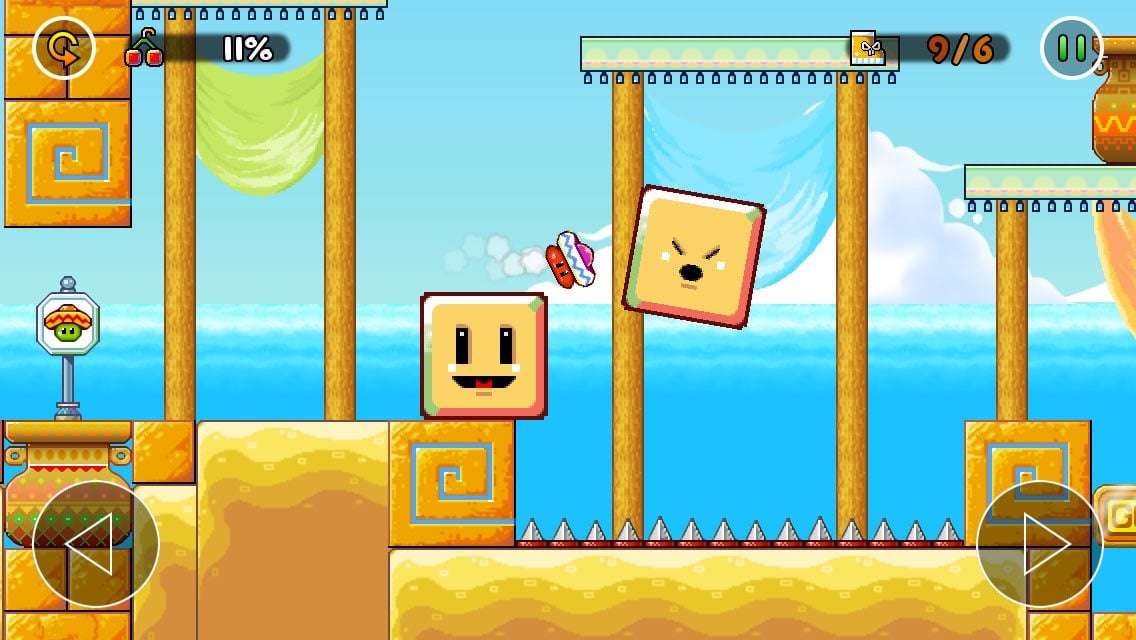 This is especially true if what you’re itching for is a massive smile on your face. From the industrial Brickworks, reminiscent as it is of a certain pipe-filled series, to the sugar-coated Candy Kingdom, each world feels like a six-stage time machine, ready to take you back to days huddled over your favorite handheld, or in front of your TV. From the first breezy stage to the last blisteringly difficult one, Bean Dreams is replete with sprites and sounds that twinkle and bloop in just the right way. A particular favorite of mine is the steamy Bathhouse, whose chiptune stylings (courtesy of composer Flashygoodness) brought back vivid memories of playing co-op sessions of Natsume’s hidden gem Pocky & Rocky with my brother.

Whether that means anything to you or not, don’t worry: if you’ve got any fond gaming memories of your own locked away, Bean Dreams is the key that will unlock them. And if not? Even better; time to make some new ones.