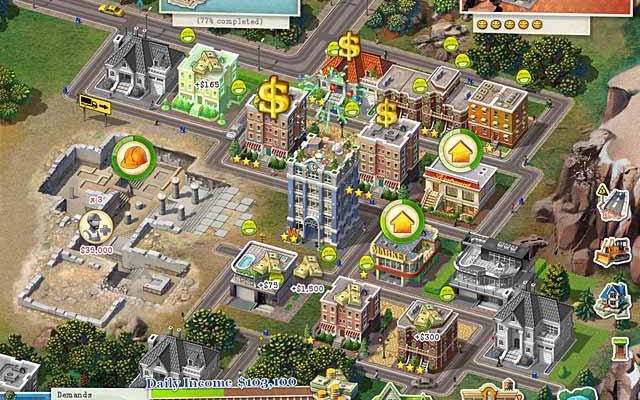 Divo Games is obviously committed to its city building franchise, having made three city builders in the last three years: Be Rich, Be Richer and this month’s release, Be Richest (Divo’s official namer sure isn’t working very hard). Most of the time, developers think adding things to a game is the best way to improve it; for some reason, our friends at Divo have gone the opposite route. Many features here are stripped out, and the results not surprisingly, are mixed.

The clearest difference between Be Richest! and its predecessors is its improved graphics. While the first two games suffered from the graphic “blahs” and featured a flat frontal view, Be Richest! boasts environments and characters that are much more attractive, as well as a more interesting (and thanks to games like CityVille, familiar) three-quarter point of view. The next obvious change after the graphic improvements is the addition of story. 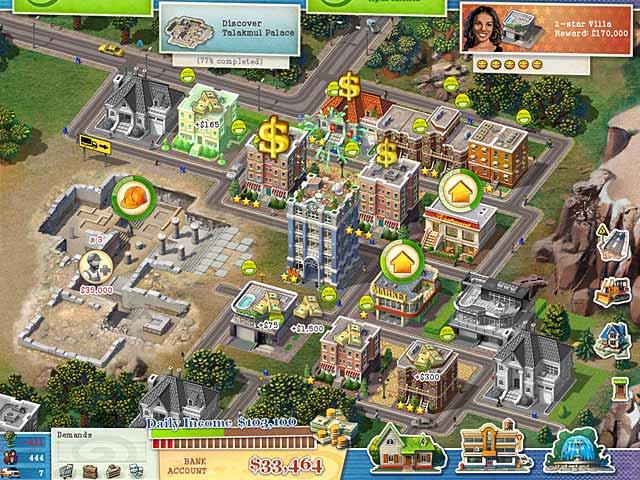 In Be Richest!, you play a successful businessman who at game start, is hanging out on a yacht, soaking up the rays with a sun-tanned bikini babe. The phone rings and it’s your buddy Jeff Goodman who’s calling to challenge you to use your business acumen to restore the bankrupt town of Sunville. (Poor Sunville’s been brought to the brink of ruin by a scoundrel named Deviloff, a former Mayor who’s made off with the town’s funds.) No one knows what to do, and things are looking pretty ugly when dum-dum-DUM! You step in and set about turning a series of dirty, depressing burghs into a beautiful, productive city.

Anyone who’s played the previous Be Rich titles will be immediately at home in Be Richest!.The idea is to start with a set amount of cash and work to increase it by building homes, businesses and decorative elements, then reinvest that money into more homes, businesses and décor. Finished homes provide you with a set daily income, and businesses provide you with a set dollar amount based on the number of customers they serve. A road tool lets you repair broken or blocked roads, and a bulldozer tool lets you clear land by knocking down billboards, trash and even structures. Premium lots provide higher levels of income depending on what’s built on them, and you can earn bonus cash by keeping the residents happy. The latter is done in two ways: by keeping the residents safe, and by making sure they have sufficient access to work, food and entertainment. 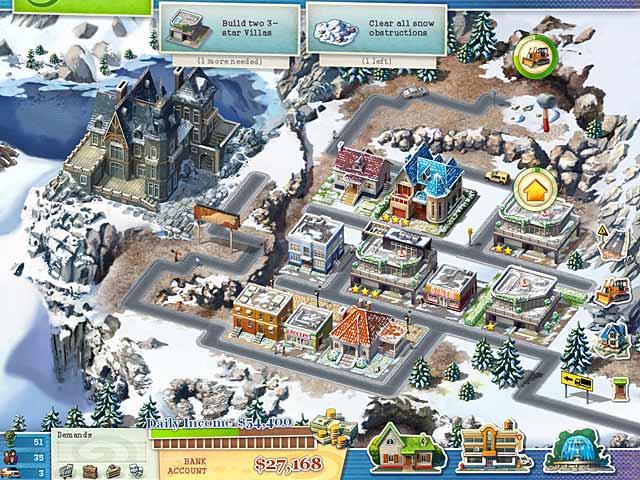 While all this is fairly familiar, Be Richest! offers a streamlined take on its pre-existing mechanics. In previous titles, you could choose an assistant from a range of different candidates and hire managers that provided you with various construction bonuses. That’s all gone, as are the notions of working in different states, collecting donations, doing manual building maintenance and having access to additional game modes. There’s only one game mode in Be Richest! and standing in for the complexity of the previous games are things like dynamic objectives and the concept of enemies.

In addition to each level’s set number of static objectives, dynamic pop-up goals appear on screen as you play. These timed, optional objectives add to the time-management aspect of the game and are well worth completing for their large cash rewards. The enemy concept also ratchets up the madness by

threatening your buildings with rats, thieves and yetis (!). Enemies appear over buildings and you have to click like crazy to boot them out, or risk buildings being abandoned. This is fun for the first hour, but after that becomes hell on your clicking finger. Adding to the problem is the additional clicking associated with speeding up the construction process. With barely a five second break between yeti attacks and rat infestations, you’ll find you’re doing nothing but clicking, clicking, clicking. It might not sound that bad now, but trust me—sooner rather than later, you’ll curse the guy who came up with the idea.

The monotonous clicking is actually symptomatic of the game’s overall feel. With repairs, negotiations and hiring taken out and nothing in their place, the formula gets tiresome long before you’ve cleared the game’s 40 levels. There’s a certain degree of enforced replay too, thanks to the notion of “Super Blueprints.” To unlock these, you collect different tokens by replaying levels and completing additional objectives. This isn’t all that fun or rewarding, especially since Super Blueprints don’t grant you new structures and merely uncover more of the map. Worst of all, what really got to me—is that nothing happens once you’ve collected all the Super Blueprints. Seriously? After hours of clicking—an activity from which my hand will never recover—I get nothing? Guh. 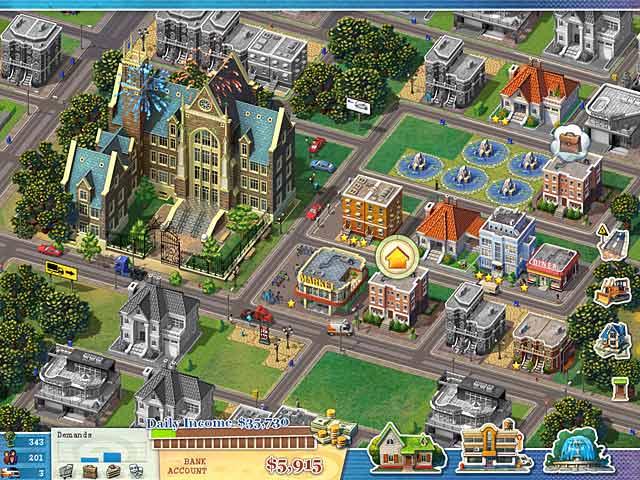 As in previous games, Be Richest! gives you a home base that can be upgraded in exchange for reputation points (reputation is earned by completing levels), but again, the fun here is limited. Everything’s arranged automatically, so there’s not a lot of customization involved; all you do is click whenever you see a hardhat icon. Oh, and speaking of “custom”, it’s disappointing to hear the decidedly reused, non-custom music and sound effects from the previous Be Rich games.

Although Divo Games has done some good work on the game’s graphics here and the story element is certainly welcome, their idea to remove gameplay complexities hasn’t done Be Richest! any favors. Ultimately, the game is a better looking, simplified copy of its predecessors and the fun you have with it will depend strongly on three things: whether or not you’ve played other games in the series, how quickly you get bored, and how easily your hand cramps.