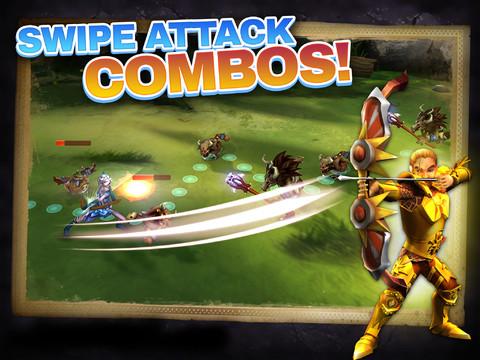 Battlestone looks great, but has a few technical issues hiding under the hood.

You ever spend six digits on a brand new sports car after admiring it from afar, only to get it home and find out that mechanical issues kept it from being as awesome as you expected? Me neither, actually. But I imagine it would feel similar to playing Zynga’s latest action-RPG, Battlestone. It looks great, and it drives… er, plays smooth, but there are definitely a few gremlins under the hood.

For you impatient types out there, you’ll probably appreciate the way Battlestone wastes little time with setting the scene and gets right to the fighting. All you need to know is imparted through some voiceovers between tutorial missions: you are a Summoner, whose ability to conjure up various fantasy heroes is needed to overcome the forces of the Void. It’s not the arch-enemy/alter ego of the Sentry, but it does appear to be equally hard to eliminate.

The most important resources found during your adventures are the Battlestones themselves, which can be used to summon additional heroes. Since these heroes come in many different types – melee fighters, archers, spell casters of various persuasions – and all have their own special abilities, this is one game where it pays to be a hoarder. Not only does having a variety of characters on hand keep things fresh, but it also helps you survive tougher levels since you can swap between them at any time.

Quests are all combat-focused, though, with just enough variation to keep them from feeling completely similar. There are simple treasure hunts, missions to destroy certain types of monsters or magical spires that help power the Void, and defensive exercises where you must protect several chests. Clearing out all of the quests on one map unlocks a boss battle, which is where the majority of Battlestones are earned. 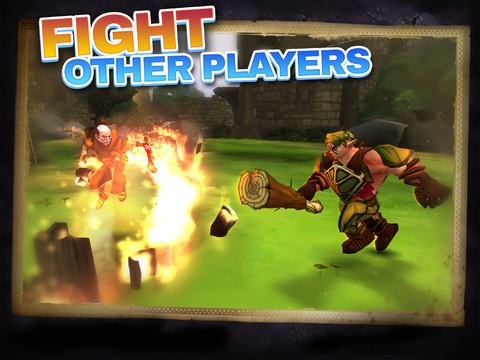 Except it isn’t quite that simple. It turns out you need to beat easy, medium and hard versions of most of the quests, which means going back through the same map three times with different enemies. To coin a term, that makes the game even grindier than it already inherently is. I’m also not fond of the PvP stage on each map, simply because it isn’t really PvP, but a battle against some other player’s random hero with a few enemies on their side as well. They didn’t always seem to load correctly either, but at least you get a Battlestone for each victory.

It would also be nice if the summoning system was more accessible to everyone. Battlestones get you access to the game’s normal summoning altar, but the super and ultimate altars that have better chances at producing rare heroes can only be used by spending gems, the game’s hard currency. Gems can be earned by playing, but it’s at such a slow rate that it seems like it would be more honest for them to be in-game purchases only. It’s not unusual (cue Tom Jones!) for freemium games to be set up this way, but that doesn’t mean I have to like it. 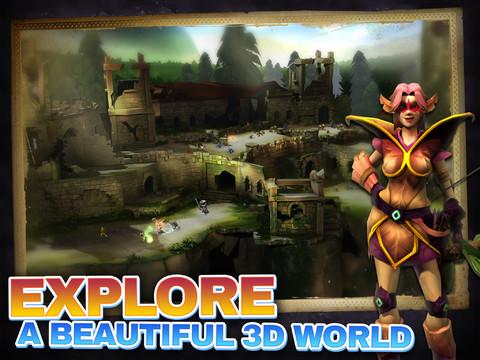 These issues end up mucking up what is unquestionably a technical triumph for Zynga. Everything from the character models to the detailed backgrounds looks amazing, and done up in a stylized manner that is somewhat reminiscent of World of Warcraft. The control system of tapping to move and swiping to attack works great, and is precise enough that any mistakes are usually on you and not the game. That’s impressive since the controls are often the hardest thing to peg on a mobile action game.

Even with a large amount of content that keeps downloading after the initial install, though, there’s something about Battlestone that leaves you feeling just a tad unfulfilled. Just like the four-door model usually ends up the smarter choice over the two-seater, there are games out there that don’t look as sexy but will probably hook you in more completely in the end.