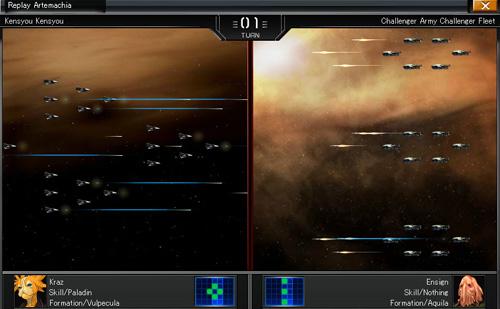 BattleSpace looks great, but isn’t exactly out of this world

Let it not be said I have no love for Atlus. They extended online play for Demon’s Souls, and for that they shall forever hold a place dear in my heart. Unfortunately, their latest attempt to infiltrate the freemium arena has been less fruitful. BattleSpace talks the talk, but this uninspired social adventure simply isn’t firing on all thrusters.

After squandering the green Earth and resources of the solar system, mankind bridges its way into the far reaches of the galaxy. What they discover is war on a massive, multi-species level, and it’s up to you to ensure the survival of your kind. BattleSpace weaves a simple tale, and newcomers to the game’s brand of strategy can rest assured they’ll be held tightly by the hand during the early parts of the experience.

If you’re unfamiliar with the formula, BattleSpace closely follows in the footsteps of games such as The Stratagems and EA’s recently released Command & Conquer: Tiberium Alliances. You’ll need to establish a foothold on a given piece of territory – in this case an entire solar system – and eventually align yourself with other factions in hopes of exerting your dominance over the galaxy.

BattleSpace keeps players closely reined in at the beginning of its adventure, but when it finally gives you those reins, it leaves far too much left unexplained. The game does a terrible job preparing you for even the most basic battles, and a bland presentation offers little incentive to want to push through that extra mile.

Like The Stratagems, you’ll erect structures in order to build new mechanisms of war and collect resources, as well as recruit and train new commanders. Commanders will give you that extra boost in power you’ll need to be successful when sending out sorties, but overseeing your most urgent affairs is confusing and impractical.

In spite of many missteps, BattleSpace does offer an expansive strategy experience that has potential. The interface could use some tweaking, but on the whole, moving from the various views of command is fairly painless; keeping track of resources and construction is very straightforward. 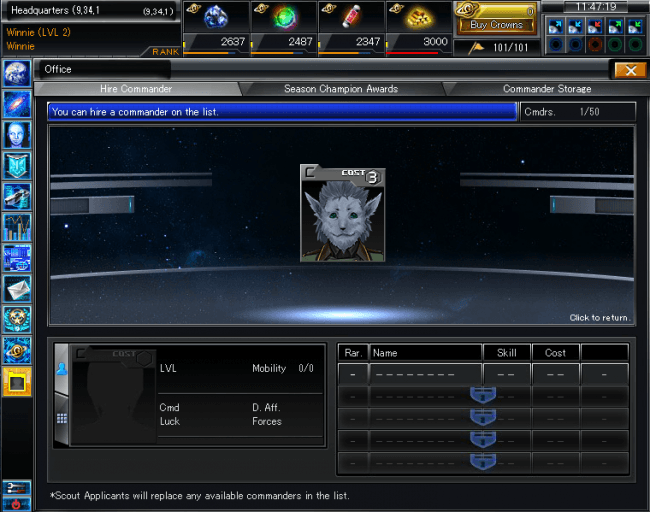 Visually, Atlus offers an appealing presentation, though there’s no good explanation for why the game chugs the way it does. The signature Atlus anime stills look great, as do the battle sequences (when compared to other similar games), but the game’s hardly pushing the envelope in terms of graphical fidelity. The musical theme, on the other hand, is repetitive and dull, with a transparent looping that’s likely to become annoying fast for most players.

BattleSpace hits most of the right bullet points, but it never truly hits its target. Megaten fans will appreciate the art style, but there’s little else here to keep folks coming back. The lack of connectivity to any social networking sites means you can’t share the experience with your friends, and the process of getting signed up for an account was a trial in itself.