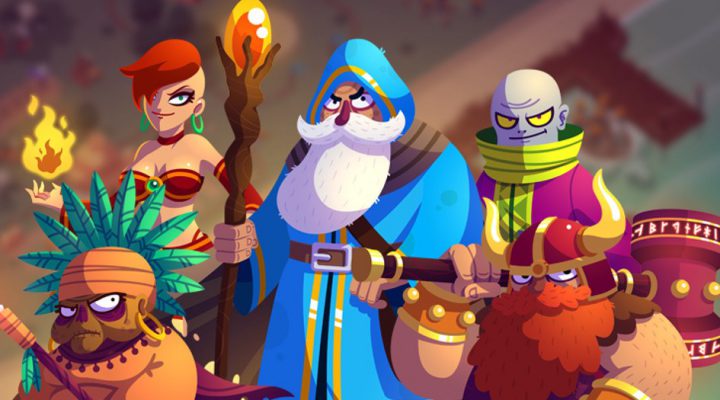 Deep and accessible at the same time.

Might be a little too simple for genre fans.

Sometimes forces you to wait or pay.

The real-time strategy genre is a difficult one to transfer to mobile. Because it’s inherently so fiddly, so cemented in the world of keyboards and mice, moving it over to touchscreen often ends in a valiant failure.

Battleplans attempts to shift from the hardcore approach of PC-based RTS games to a far more casual experience. And for the most part, it sort of works.

Some of the ideas don’t gel together brilliantly, but its separation of attack and defence, and the way you add new troops to your army gives you a feeling of being in charge that other simplified mobile examples haven’t been able to provide. 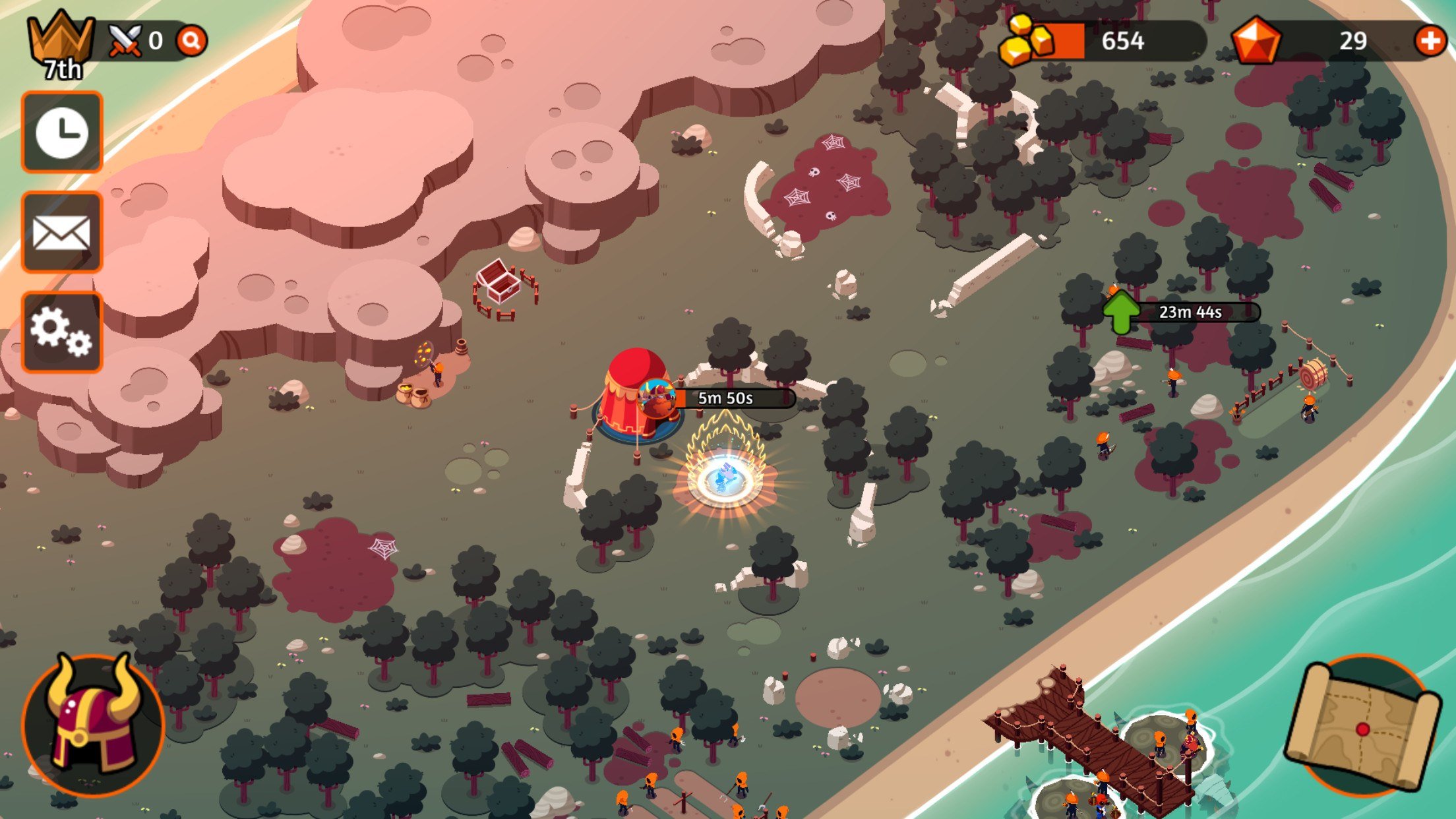 The game starts off by giving you an island base and a couple of heroes. These heroes can lead small bands of troops into battle. As you play you’ll unlock more heroes, and the giant sea turtles they need to head into battle. You’ll get more troop types as well, and toughen up the ones you’ve already got.

Battles take place on little maps. Each of these has three crystals on it. Capture all three and you win. Have two in your possession when the short timer runs out and you’ll win as well. You play against AI controlled opponents as well as other players. When you’re playing against someone else, you’re playing against a series of defences they’ve set up to keep you from winning. You can’t invade other player’s bases, but you can try and wrest control of certain locations from them.

It’s here where things get interesting. The battles themselves are reasonably tactical, but if you swarm the computer opponents then you can usually win just by strength of numbers alone. 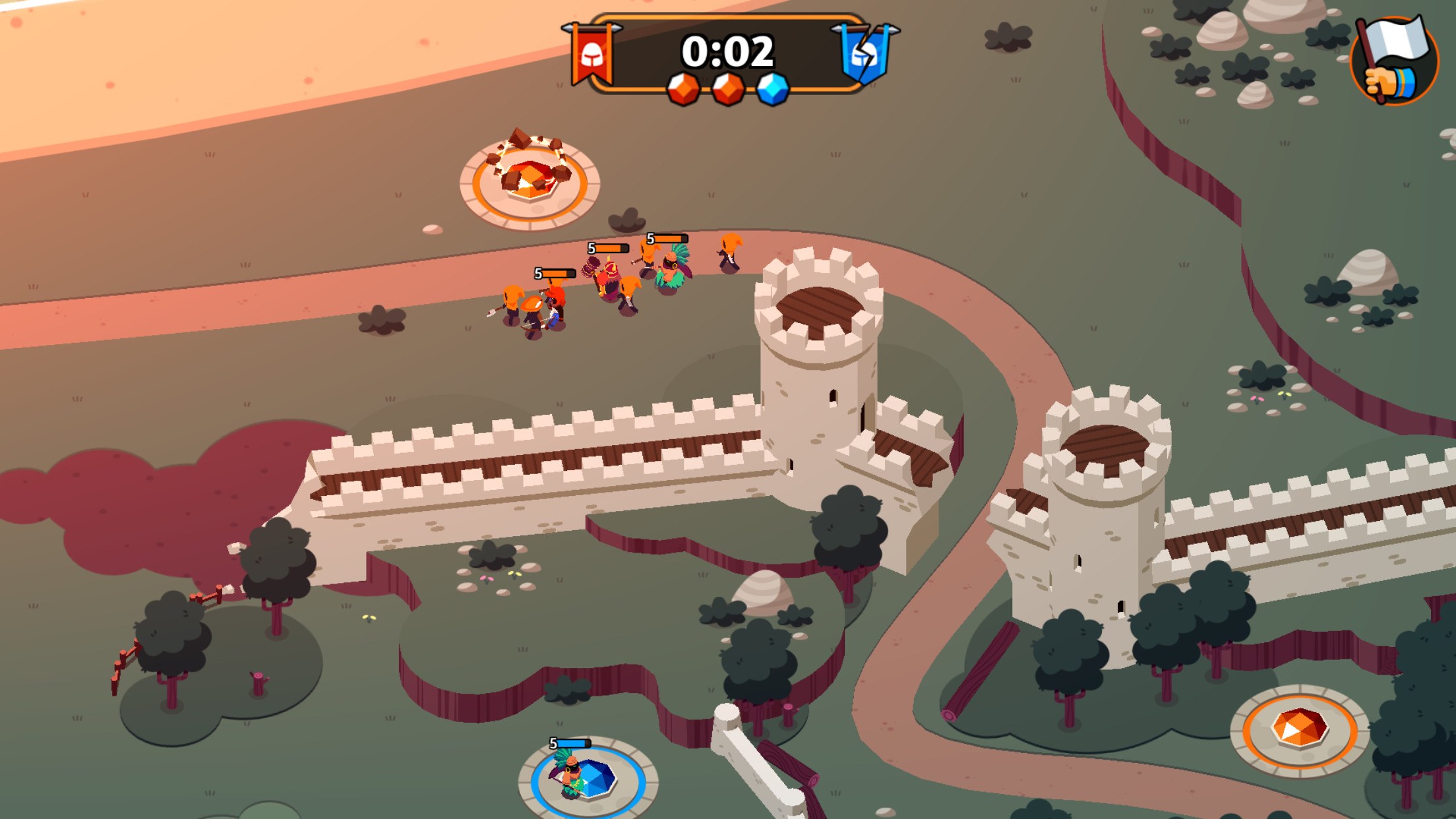 But when you’re defending you don’t just get to place your units, you get to tell them where to go as well. Each level has multiple routes to the various crystals, and you’ll rarely have enough units to cover them all at the same time.

Dragging a banner around tells your units where they should move, but you can set a delay as well. So you’re left pondering what an attacker is likely to do, then trying to make sure your heroes and their forces are going to be in the right places at the right time.

There’s a decent level of complexity here as well. You can double back, patrol different routes, or leave invisible units ready to ambush any enemies that stumble across them. And you can try out your defences by attacking them yourself to see if there are any weaknesses. 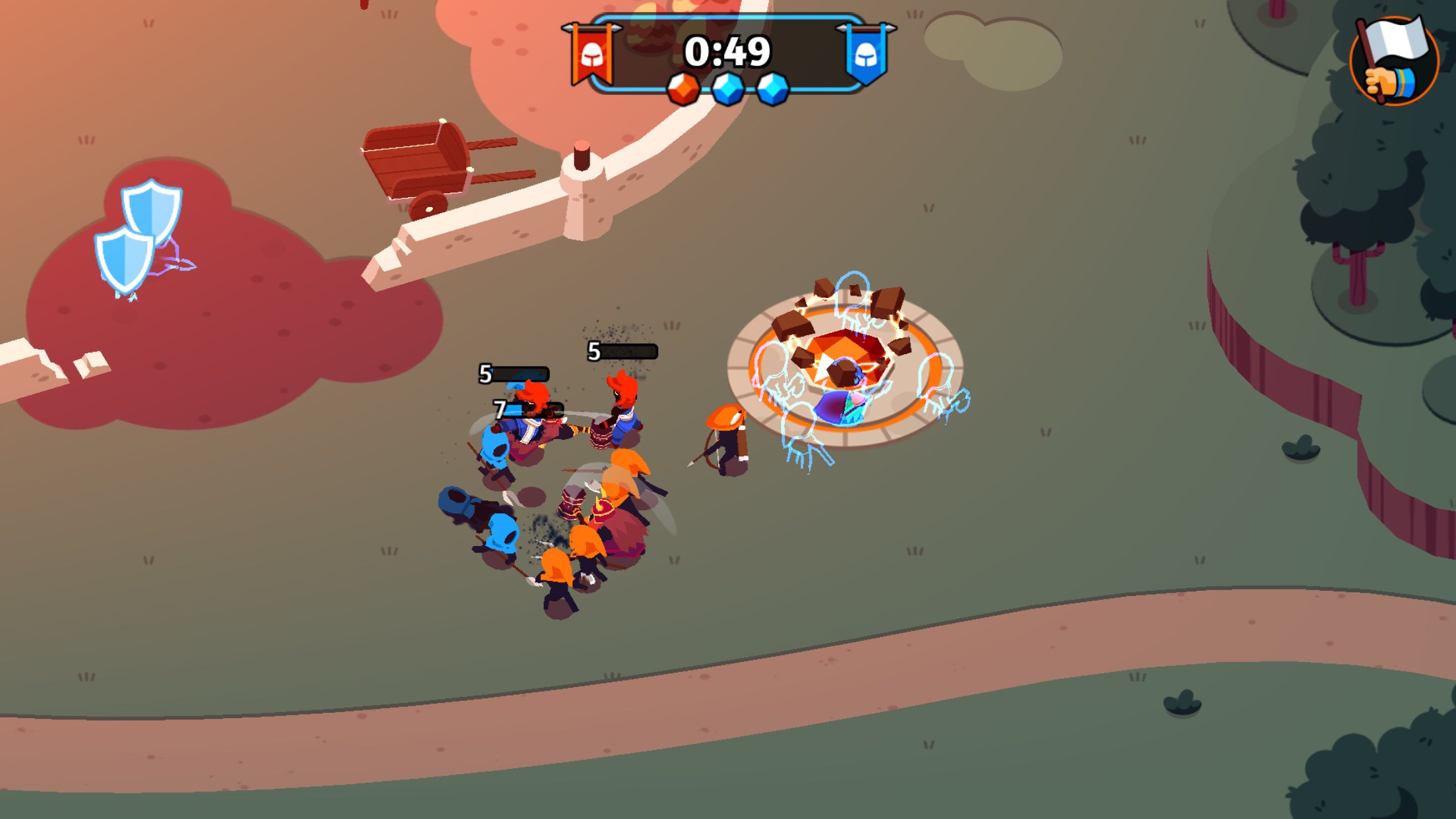 The game isn’t perfect, but it does a decent job of transporting a complex genre to a format that doesn’t really allow complex inputs. Sometimes you’ll find yourself without anything to do thanks to wait timers, but there’s usually a new force to take on or a stronghold to attack within a couple of minutes. Throw in a lavish coat of paint and a control system that allows you to move your units around with ease, and you’re left with a mobile RTS that manages to strike most of the right chords.

Fans of the genre might be a little put off by the simplified battle mechanics, but plotting your opponent’s downfall in defensive mode is an awful lot of fun. Battleplans won’t prove the naysayers wrong, but if you’re looking for a casual RTS with a lot more meat on its bones than the competition then it’s well worth spending some time with.

VOEZ Review: Music to Our Ears

Myths of the World: Stolen Spring Review – Winter is Coming