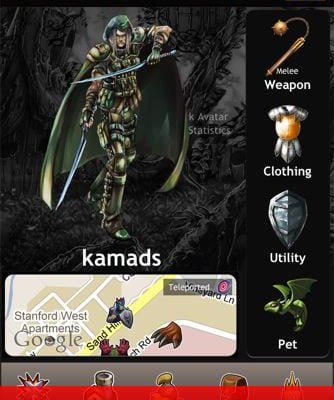 Battlepath Monsters is a straightforward RPG that leaves you wanting more

Battlepath Monsters is a basic role-playing game with some simple location-based features. These don’t actually do anything to affect the gameplay, however, and instead are simply things that might make you say “oh, neat,” before you forget about them. The rest is as straightforward an RPG as you’re likely to find, with plenty of monsters to battle and weapons to outfit your adventurer with. It works well enough, but for those who like RPGs, it will also leave you wishing for a deeper experience.

You play as a lone warrior who, for undisclosed reasons, is on a mission to battle and kill every monster he comes across. And there are a lot of them, which gives Battlepath Monsters a bit of a Pokemon feel to it. Only instead of collecting cute little fictional animals you’re fighting and killing giant rats and infected humans. But the compulsion is the same: you want to get them all.

Combat itself is almost ridiculously simple. It’s the standard turn-based RPG set-up, only you have very limited options. They’re so limited that you can only either attack or use an item. That’s it. This removes pretty much all of the strategy from combat, and instead makes the battles solely a numbers game. If your character is strong enough, you’ll win. And of course you get stronger by gaining experience from battles, and also by purchasing better weapons and armor. You can even buy pets to help you in battle. 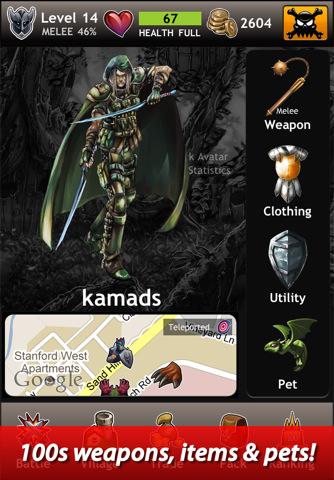 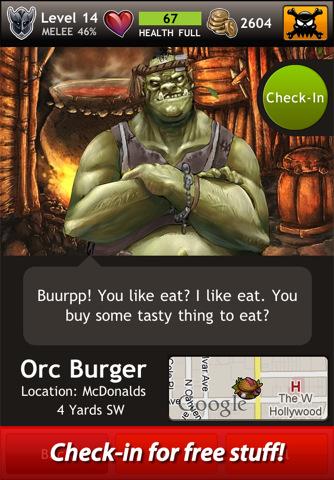 The game uses your real-world location and turns it into the setting. You’ll see a Google map of where you live, only it’s populated with all sorts of monsters and new businesses. Banks become dwarven banks, while local stores and restaurants become wizard shops and orc burger joints. It’s a neat little feature, though it has absolutely zero affect on the game itself.

You can also purchase and populate a village. Adding more villagers ensures you’ll receive more rent money, and you can engage in battle with other villages, as well. But unless there’s someone near you you’ll need to pay for the privilege by purchasing premium items that let you attack villages from other parts of the world.

Battlepath Monsters‘ problem is that it just isn’t deep enough. Each aspect of the game, from combat to running a village, is far too simple, and even when you put them all together you’re still left with a game that isn’t all that engaging. There’s no strategy involved and no real sense of progression, either. So while you might initially have the desire to catch ’em all, it’s not really enough to push you through the game.