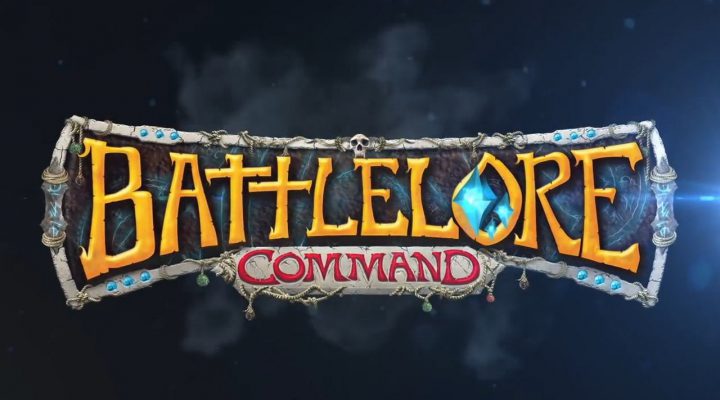 A well-polished and engaging strategy game.

Coming off of my time playing Kingdom Rush: Origins, I figured there would be a good chunk of time in between that gem, and finding a great, new, strategy game to play. Turns out, BattleLore: Command leapt out of the App Store bushes brandishing bullet points boasting of epic battles, heroic campaigns, and arcane powers. It sounded like most high-fantasy strategy games out there, but I gave it a shot, and I am so glad I did.

I went into BattleLore: Command knowing absolutely nothing about the franchise. I didn’t even know it was also a board game until I sat down to do some research for this review. I am not a board gamer, I am a video gamer (that sounds so corny, but it’s true), so everything that has anything to do with board games is, for me, a mysterious territory cloaked in fog. 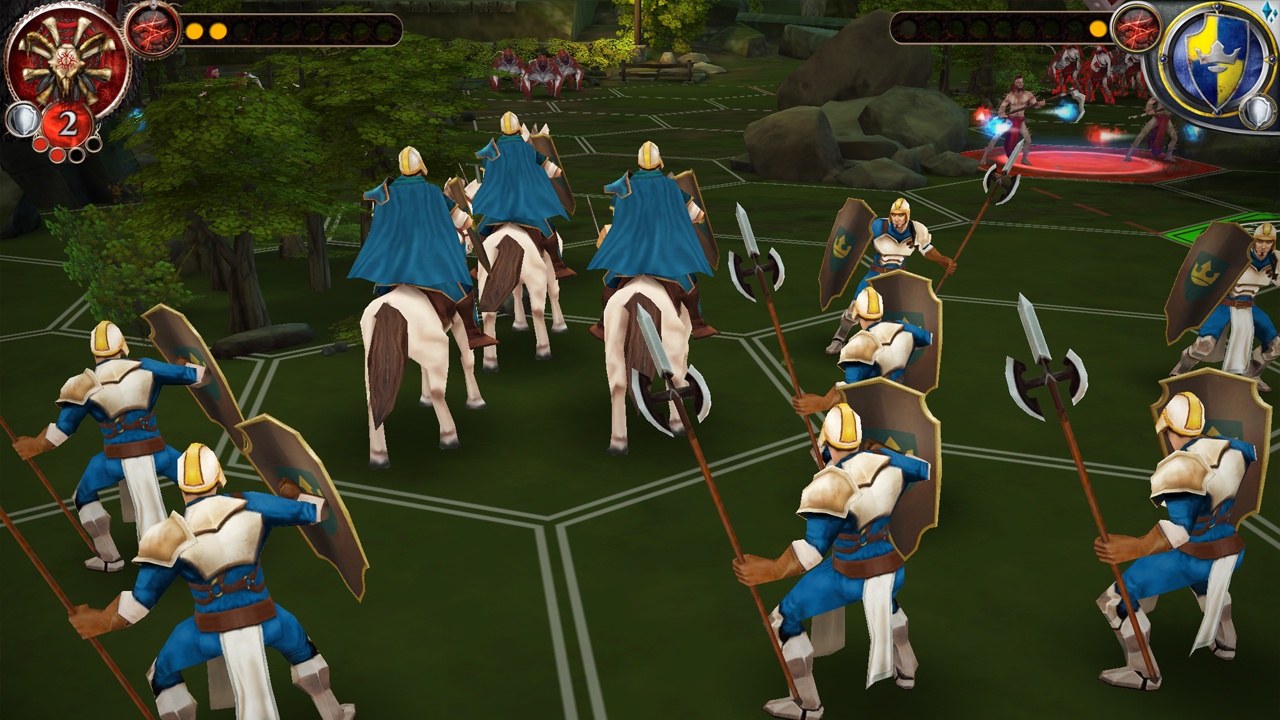 BattleLore: Command is a turn-based strategy game set upon a gridded battlefield. Players take turns planning troop movements, maneuvering those troops into battle positions, and then ultimately engaging in battle. Victory comes when the enemy force is wiped out, or when the map’s objective is met, or when you fail to complete either one of those tasks…which I promise is going to happen more times than you’d like to admit.

Each turn is broken apart into three phases. The first phase has players selecting the specified number of troops that they will move in that turn (interestingly, BattleLore does not give players control of all of their units every turn, more on that shortly). Phase two involves moving the predetermined units around the board. The final phase is the combat phase, and any unit that was selected in phase one that is currently able to attack an enemy, can do so during this phase. 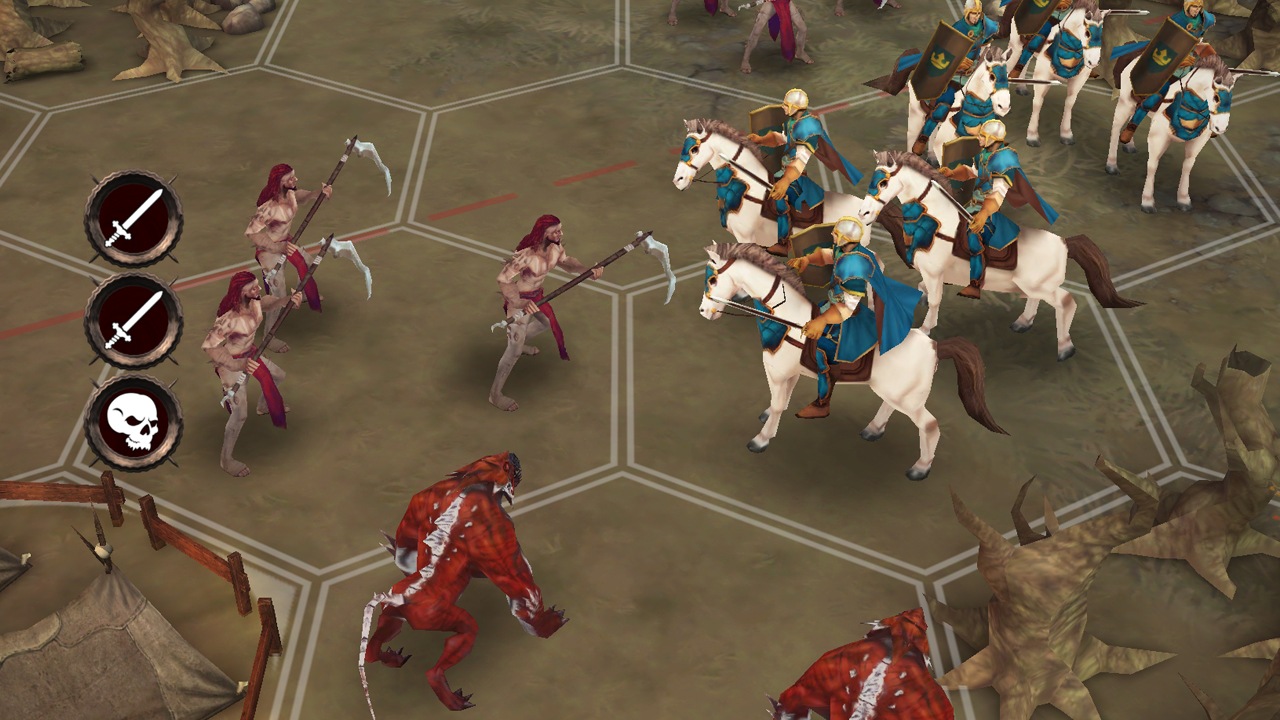 Combat is pretty straightforward, melee units can attack enemies in adjacent positions, and ranged units can attack enemies that are in their line of sight which are a reasonable distance away. For each attack power that the unit possesses there is the same number of chances for events to occur during combat. So say you attack a pair of archers with three warriors. The first chance rolls a kill, and one of the archers immediately dies. The second chance results in an extra Lore point (which is basically mana) and the third chance results in the warrior’s special ability going off, which causes the remaining archer to flee backwards one tile.

It took me a few rounds to really get into the rhythm of combat and come to understand the best ways to take advantage of my unit’s special abilities. Combat is hampered a bit by the fact that you can’t tap on an enemy unit to read up on its abilities, and when an enemy utilizes a Lore-based special ability, the game doesn’t give me enough time to read the ability’s description.

Fixing these little oversights would have helped me learn the game much quicker. 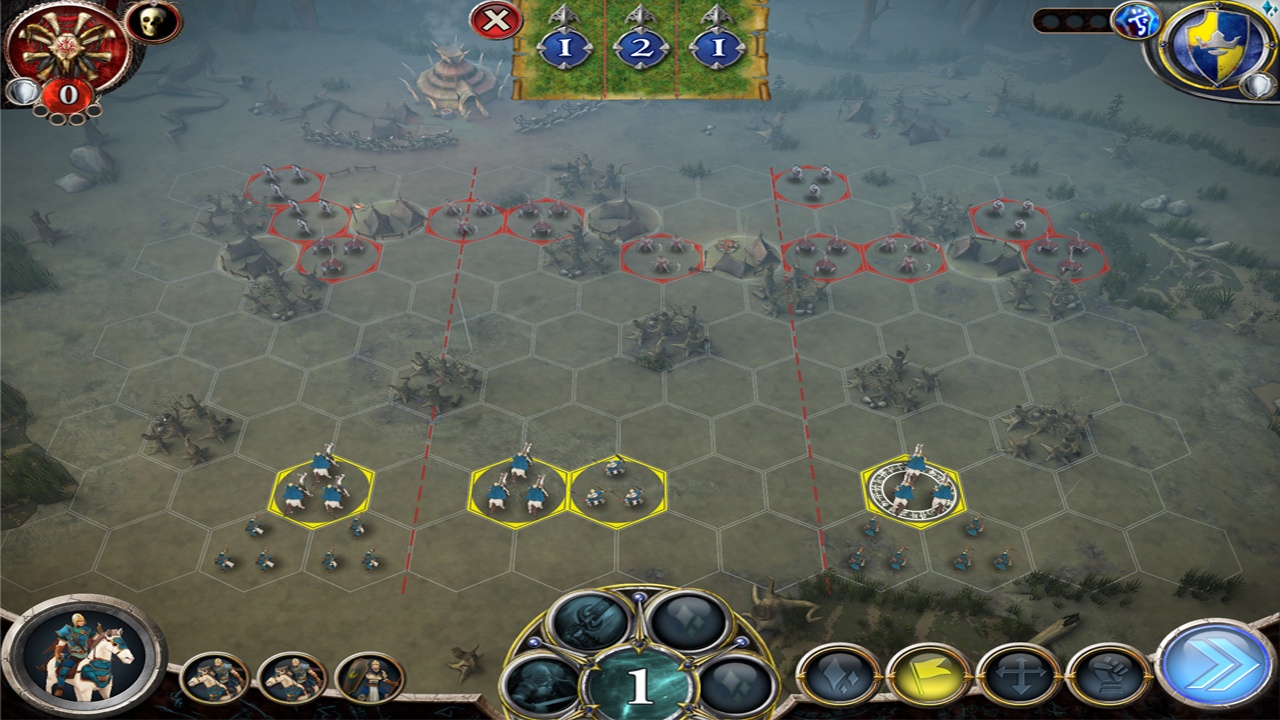 The curve-ball in BattleLore: Command is that players can only move a certain number of troops each turn, and are further limited by the fact that they can only select a unit if it falls into a particular lane, —the battlefield itself is broken into three lanes. So at the beginning of each turn, players are presented with a handful of plans that all feature a designated number in a lane. So, for example, if you pick the 1-2-1 plan, you will be able to move one unit in the left and right lanes, and two units in the middle lane, during that turn. Once that plan is used, it cannot be reused until you utilize a refresh ability that will only allow you to move one unit for a whole turn.

I learned that if you put units on the line that divides the lanes, that unit can count as being in either lane. So I totally took advantage of that quasi-exploit to bypass the movement restrictions.

The artificial intelligence also feels a little too lucky sometimes.

It seemed like its luck was artificially inflated in order to be more of a challenge. Enemies would collect lore points more frequently and be able to wield special abilities, while I was lucky to have 3 or more points at any one time. Or I would power up three of my archers, they would all miss, but the volley from the single remaining enemy unit would take down two of my units.

I also wish there was a difficulty adjustment option, at least to let me learn the basics. It felt like I was playing with a big brother who enjoyed just taking advantage of my lack of knowledge of the game’s rules.

BattleLore: Command is a premiumstrategy game that requires a bit of patience to get into, but can be a rewarding experience once a basic understanding of the flow of the game is acquired. A few odd design decisions left me a little confused, initially, but once I accepted them as just part of the game, I enjoyed the experience overall.

Peggle Blast Review: EA Has Us Pegged as Suckers