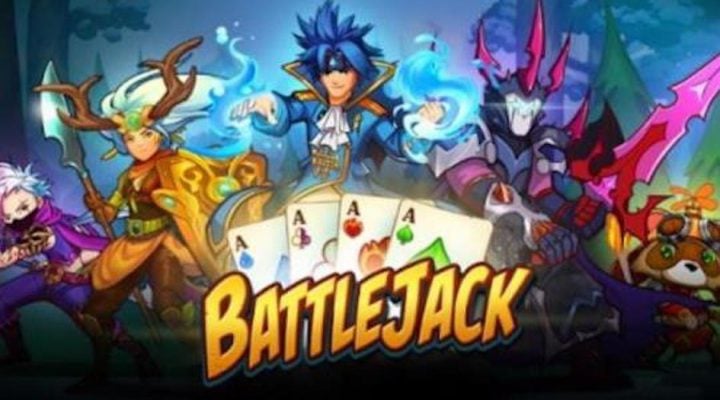 Turns into a grind

Quite derivative at heart

Blackjack is the kind of card game that takes seconds to learn, but so much more time to master. Battlejack has taken the simplicity of Blackjack and combined it with an RPG that could last you a long time. It never captures the finer nuances of Blackjack, focusing on being even more accessible, but it’s pretty fun in short bursts. At least until things get too tough. 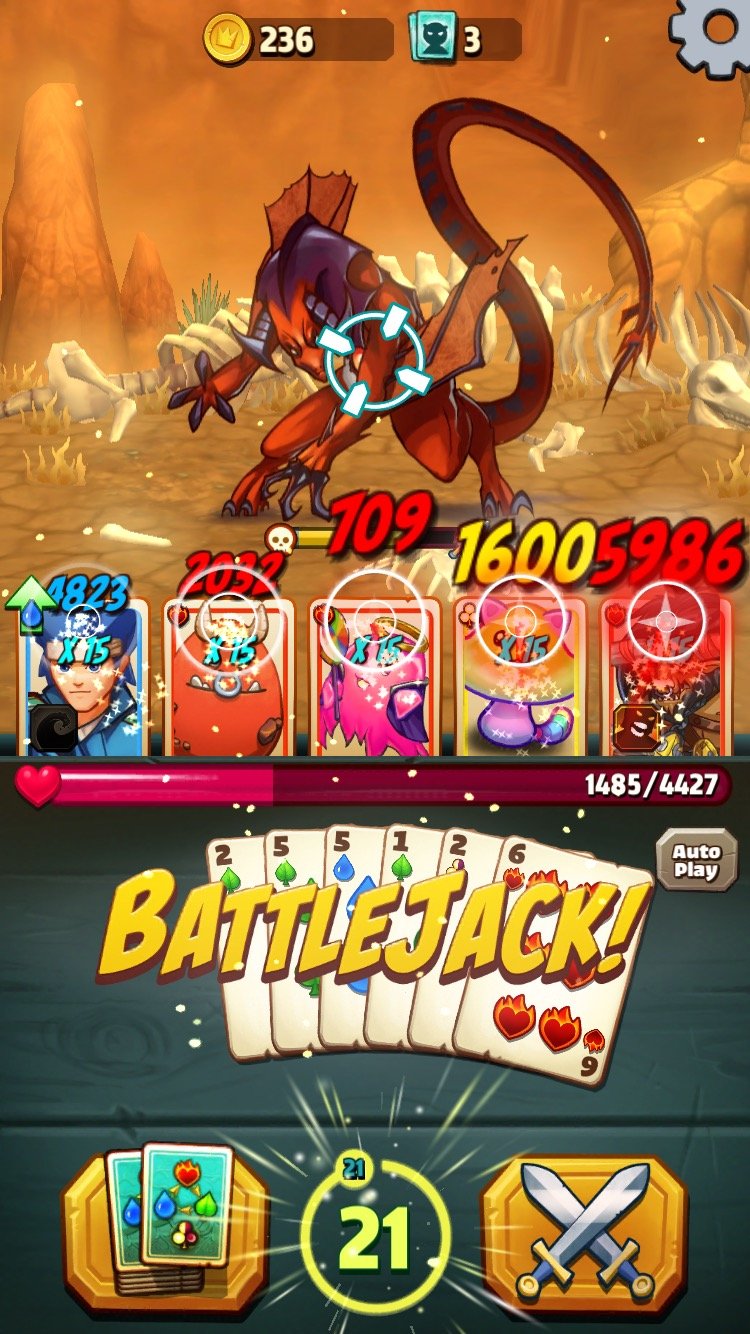 The idea is that, well, you’re just out to vanquish the bad guys and keep on keeping on. Battlejack keeps it simple and brief. The fun comes from simply progressing. Each step of the way, you’re pitting your party against a bunch of enemies. This is done through dealing a hand of Blackjack. The nearer you get to 21, the more damage you inflict on your foes. Go over 21 though and you mess up your turn and inflict no damage.

It’s simply done and Battlejack dispenses with the need for a hold button or splitting your hand. Instead, you just want to deal cards carefully till you’re as near to that total as you think is safe. That means it frequently only takes a few moments to complete a battle and move onto the next stage. It’s the perfect length for if you want to achieve something fast during your day as Battlejack is so hands-off in terms of what it expects of you. Concentration isn’t even really required a lot of the time. 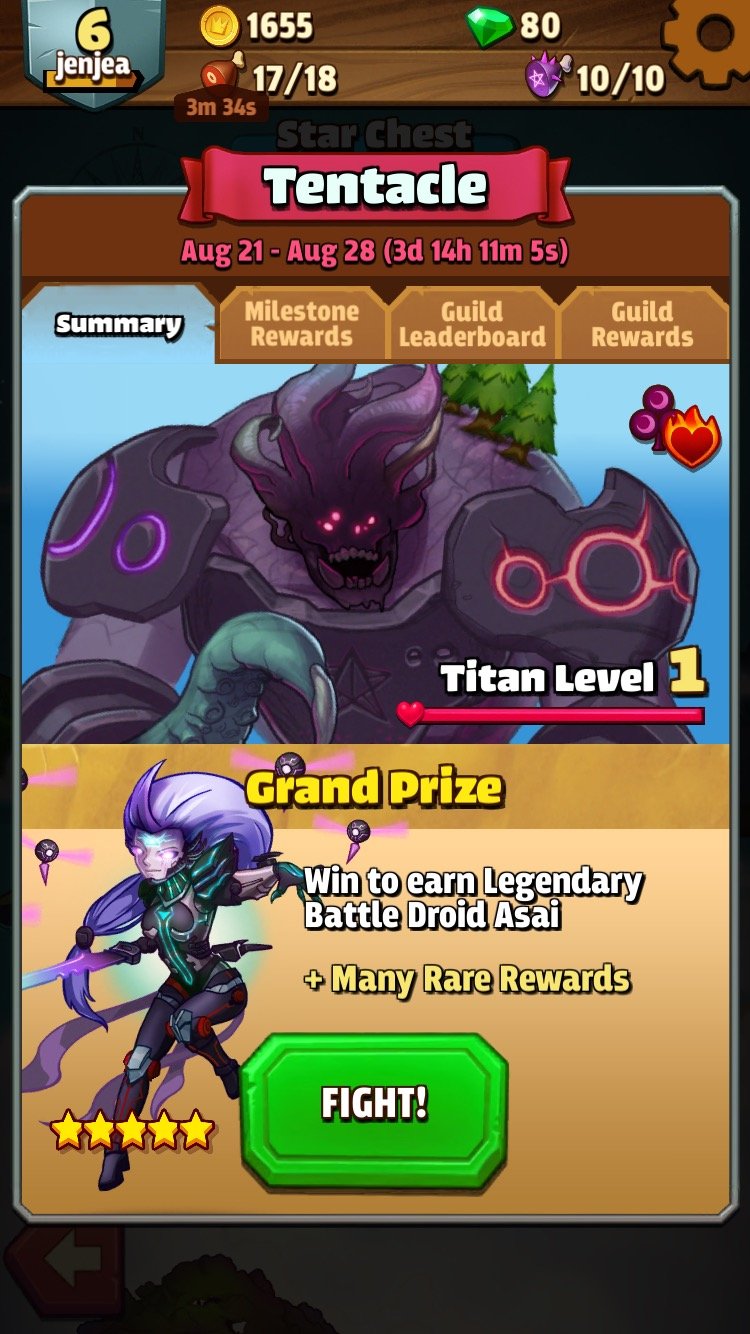 Where things get deeper is when you’re not fighting it out. You’re rewarded with gold and new cards for your party, and it’s down to you to figure out what to do with them. Typically, you want to focus on a few party members, using spare cards to train them up and make them all the more powerful. It’s a familiar system to anyone who’s played a collectible card game before, and Battlejack keeps it fairly simply designed. Evolution is your eventual goal, especially when you want to start fighting in special battles.

There’s also the option of pursuing multiple side quests – a form of achievement system – as well as joining a guild to be extra powerful. Again, it’s typically familiar stuff but Battlejack keeps it interesting if not entirely original.

Much of that is thanks to it all being so appealing looking. Its cartoon style visuals are vibrant and enthusiastic, and many of the cards are really quite cute. It adds a dose of personality that Battlejack needs, so as to avoid being too samey to other games out there. 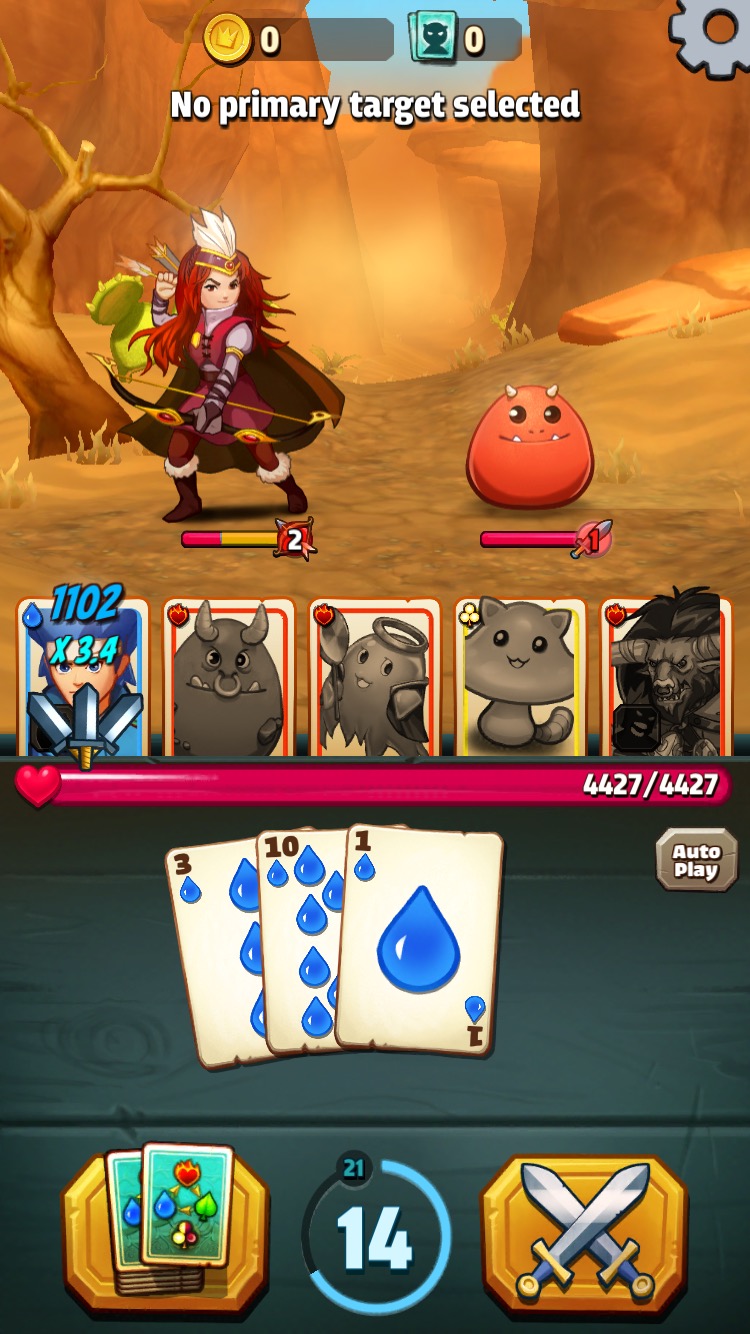 Predictably for a game that offers so many in-app purchases, it turns into a bit of a grind. Sometimes, you’ll find yourself needing to return to earlier levels, while other times you’ll be grinding out coins so you can level up. There are issues too with its PvP mode – the arena – being poorly balanced, but for the most part, Battlejack is harmless fun.

With a steady stream of freebies via daily bonuses, and chests that can be unlocked for extra goodies, Battlejack does a good job of drip feeding content and therefore luring you in. It may never quite stick in your mind as a game to remember for years to come, but its charm and steady progress means you’ll likely return to it any time you want a win during your day. Sometimes, that’s just what you need.