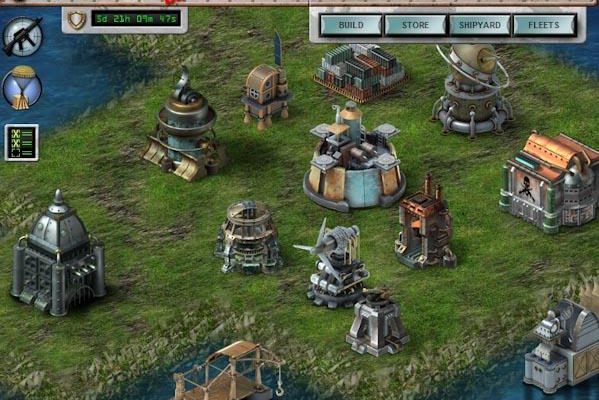 While flawed, Battle Pirates is one of the best RTS titles on Facebook to date

While it’s not without its flaws, Kixeye’s Battle Pirates is a shining example of just how far Facebook has evolved as a gaming platform in the last couple of years. The concept isn’t terribly different from the studio’s successful Backyard Monsters, but the welcome innovation of battling other players in real time marks a significant step in creating an experience similar to Command and Conquer on Starcraft II on Facebook. In short, if you’re looking for a game with elements of genuine real-time strategy, resource harvesting, and base building all in one appealing package, Battle Pirates is worth a look. Just be prepared for a handful of bugs.

As with many other strategy games on Facebook, each player starts with a tiny plot of land (in this case, an island) upon which they can build a fairly impressive array of defensive and resource-producing structures along with a fleet of ships. Enemy players can eventually attack these structures directly, though, so it’s best to give a bit more thought to the placement of each structure to ensure your base’s survival. 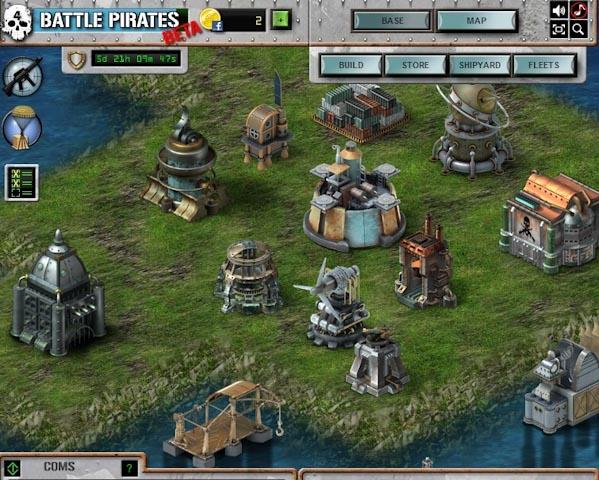 Kixeye gives you seven days of immunity in which to build up your island (which we highly recommending using), although you can also jump right into the game if you initiate an attack another player’s island. It’s a welcome twist on the familiar base-building modes of social strategy games, although you’ll soon find that the waits involved for upgrading higher-level structures can drag on for far too long. At the worst, they can drag on for several days if you don’t plunk out a hefty amount of Facebook credits.

The combat itself is usually addicting and fun, although you’re largely left to figure out how to fight your battles on your own after you’ve launched your armada and selected an NPC or player fleet for attack on the open world map. That’s not such a problem, however, since battles essentially amount to intuitively clicking on your strongest ships and targeting other players’ vessels once you enter combat (or, if you’re laying siege to another player’s island, clicking on their defenses.) While there’s a considerable amount of strategy involved since you must physically engage your opponents, it’s generally a safe bet that the player with the best upgrades will win the match. Even so, that’s considerably more interaction with other players than you’ll get on many other games on Facebook. 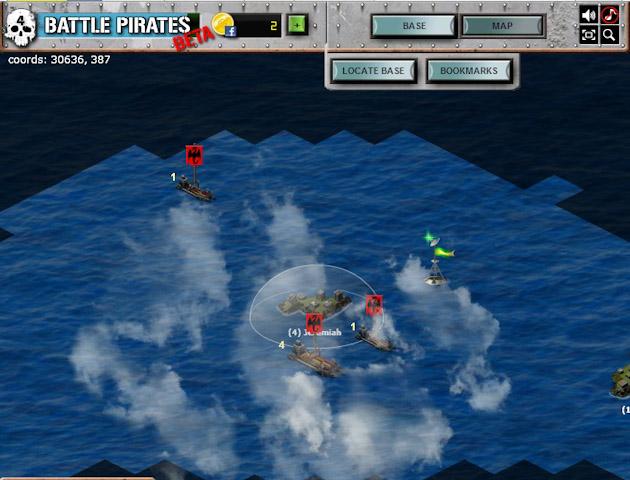 On the other hand, interactions beyond this leave just a little to be desired. There’s no real option to form an alliance of sorts and the chat interface is comparatively limited, although the option to play with your Facebook friends and send the occasional gift goes quite far toward filling this void for the time being. In addition, the game overall still occasionally suffers from some bugs, as befits its beta status. Occasionally you’ll find it impossible to recall your fleet without reloading the game, for instance, and your game screen will sometimes lock up on a battle, leaving you completely at the mercy of your foes.

Still, it’s hard to argue that Battle Pirates isn’t worth playing if you’re a fan of real-time strategy games, although you might want to wait a while before making any significant microtransactions until the beta’s ironed out. That shouldn’t take long: we’ve already seen some improvements to the game that would have initially affected its score just in the week or so that we’ve been playing the game. The visuals and animations and gorgeous (particularly for clouds), and the chance to battle real players in real time marks a significant improvement over the early successes of Backyard Monsters. At this point, Battle Pirates can only get better, and we look forward to seeing how this promising title develops over the coming months.