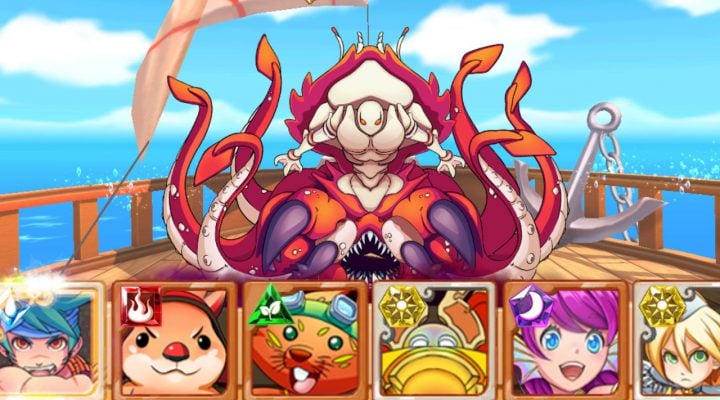 Good variety of characters to collect and level up.

Yes, Battle Odyssey is another match-3 game with a dash of RPG mechanics thrown in. Yes it features an energy-based system that times you out after a certain amount of gameplay. Yes, to all of the questions you’re asking yourself as you look over the game on the App Store.

But most importantly: is Battle Odyssey fun? 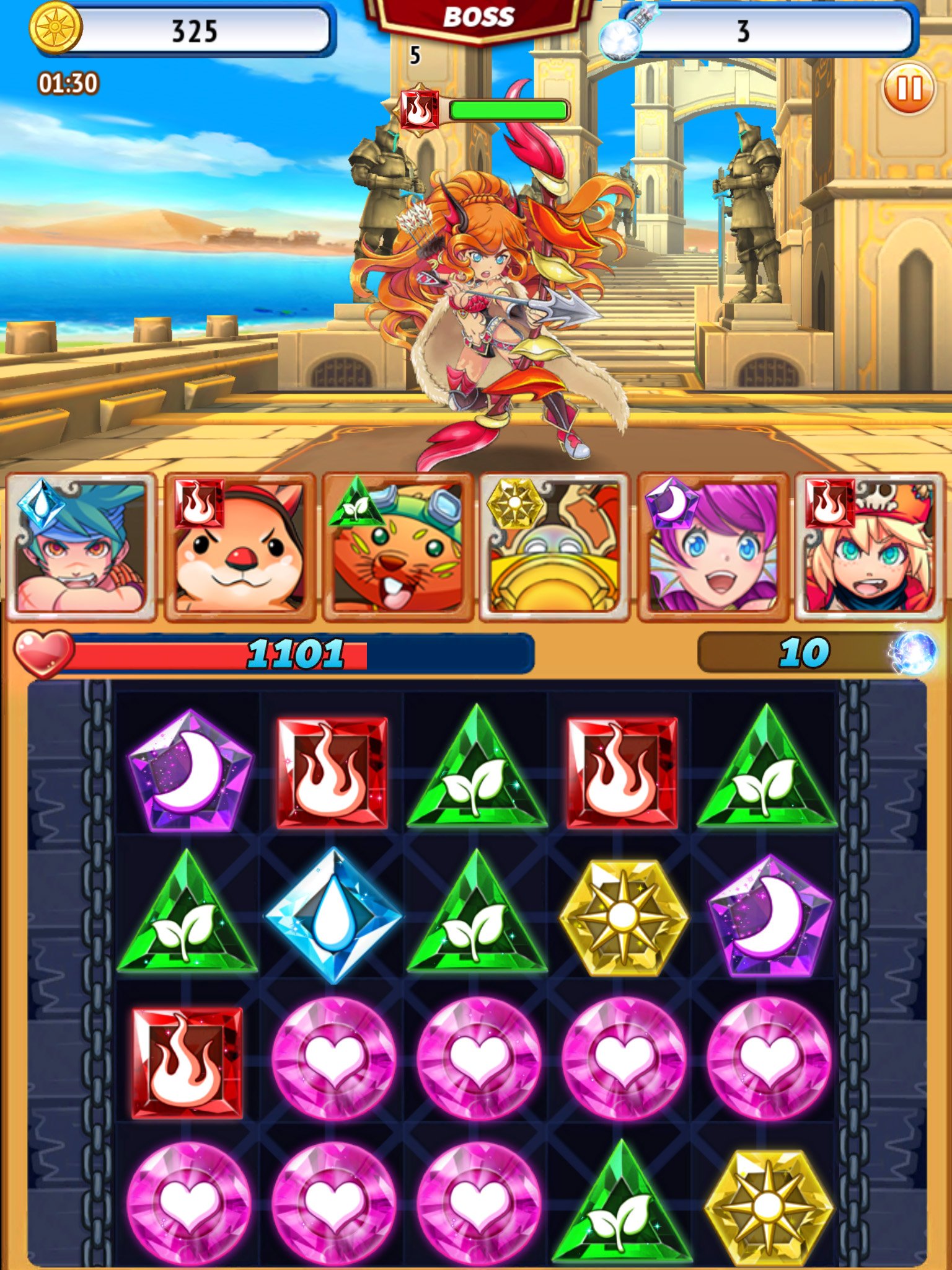 Gameloft’s latest release is Battle Odyssey, a game about matching elements together to defeat opponents. Everything the game delivers has been done a dozen times before, but Battle Odyssey does it with an all-around quality that elevates its gameplay experience above most others.

As the player defeats opponents, they have the chance of capturing new characters that they can bring onto their team or absorb into existing characters to make them stronger. 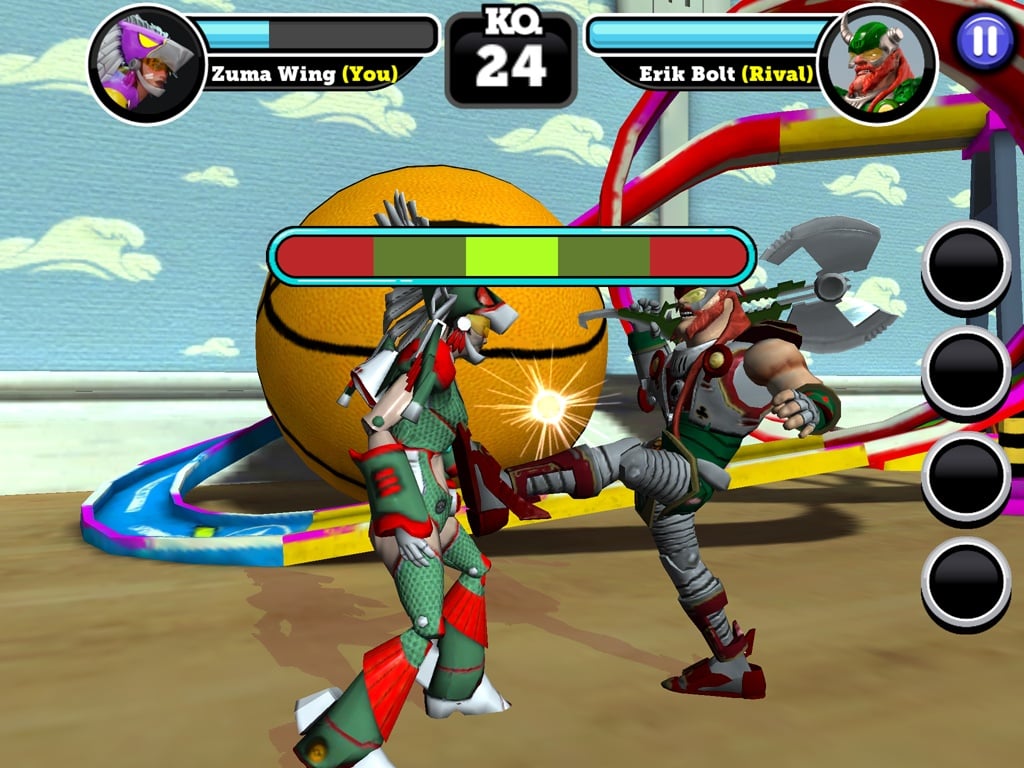 Battles take place on an elements board where there is a 5×4 grid of various elements arranged. Players match the elements on the board in groups to deal out damage to opponents, ideally using elements that counter the targeted enemy’s elemental type. Clearing elements from the board will only do damage if you have a character of that element in your party. So say you clear out a strip of earth elements from the board, if you have no earth-based characters in your party, no damage will be dealt.

While it is possible to play with a particular element missing from your group, it is typically more efficient to keep one of each element in your team at all time. At least until you get into the flow of the game and feel comfortable experimenting with different combinations. 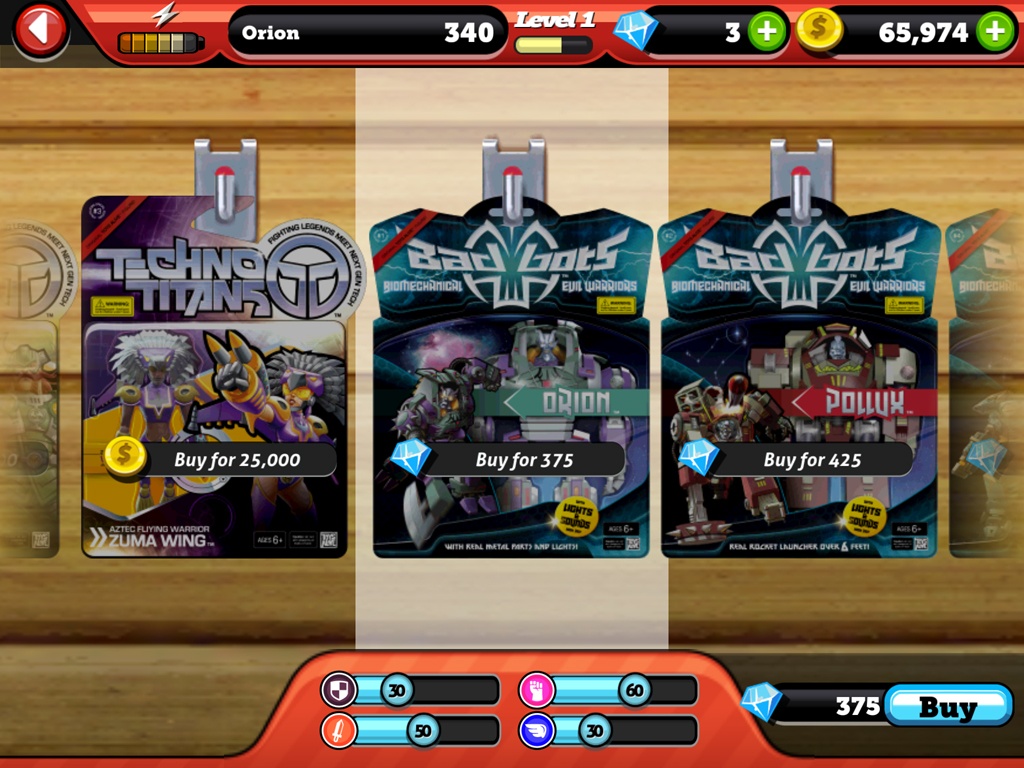 There are a lot of characters to collect in Battle Odyssey. At first they are all little anthropomorphic forest animals, but with enough upgrading, they can gradually evolve into cooler variations of their former selves. Enemy types vary from level to level, as do the backgrounds of each level’s battlefield. Some levels will have you fighting on a beach, for example, while others will see you battling in a palace.

Lack of variety, in any form, is not a problem in Battle Odyssey.

Neither is presentation. Battle Odyssey ran flawlessly on my iPad Mini 2; the art looked great even though the character designs were 2D and the background environments were 3D. Most appealing of all was that in-app purchases were never aggressively pushed on me once. I’ve played the game casually for two days now, and only once did I run out of  energy. Each level takes about five minutes to complete, giving you a nice buffer to allow a few energy points to trickle in even as you play. Upon leveling up, your energy is completely refueled and you can keep on playing. That was how I got the most out of the game, simply by playing and leveling up.

With that said, I’m not in a position to speak to how the energy/IAP pressure equation feels once you’ve committed to this game in the long term.  Still, at least in the game’s opening salvo, Battle Odyssey really respects the player’s experience and is minimally invasive with pushing IAPs.

I was never much of a fan of color-matching battle games. While many people are, they’ve always been too simple in nature to retain my attention for long. But Battle Odyssey, with its sheer variety of ways to clear the board, not to mention the amount of characters to collect, I found myself hooked to my iPad, doing my best to carry my team through their adventure.

Forgotten Memories Review: A Blast From the Past