Home / Reviews / Battle Golf Review: A Swing and a Miss

Battle Golf Review: A Swing and a Miss 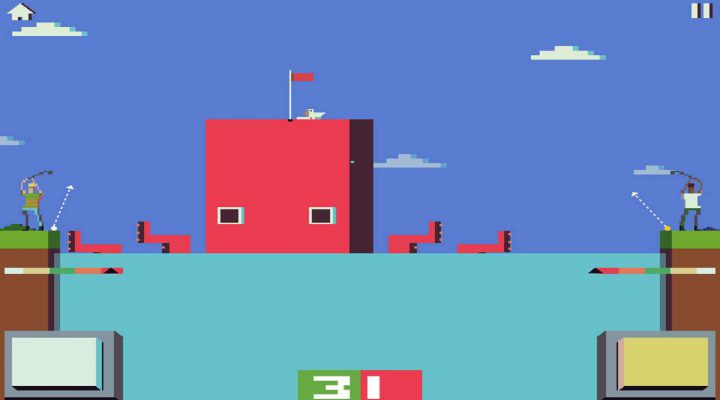 Physics could use some tweaking.

Battle Golf is one of those games that has lots of potential, but under-delivers. Mobile games need to be simple activities for  players to spend a few minutes with every now and then. There are exceptions, but generally speaking, this is the key to success in the mobile game scene. While Battle Golf is just that, an easy-to-play game that is super simple to play for a few minutes, it’s biggest problem is that it’s just that.

That’s all the game is.

Other one-trick mobile games have conquered Repetition Mountain by adding in tons of unlockable goodies to keep players invested in the game; e.g., Crossy Road’s unlockable characters that typically spice up the visuals a bit. It’s clear that the developer behind Battle Golf wanted to keep things simple, and while that’s okay, the game is missing out on being truly engaging due to it’s simplicity. 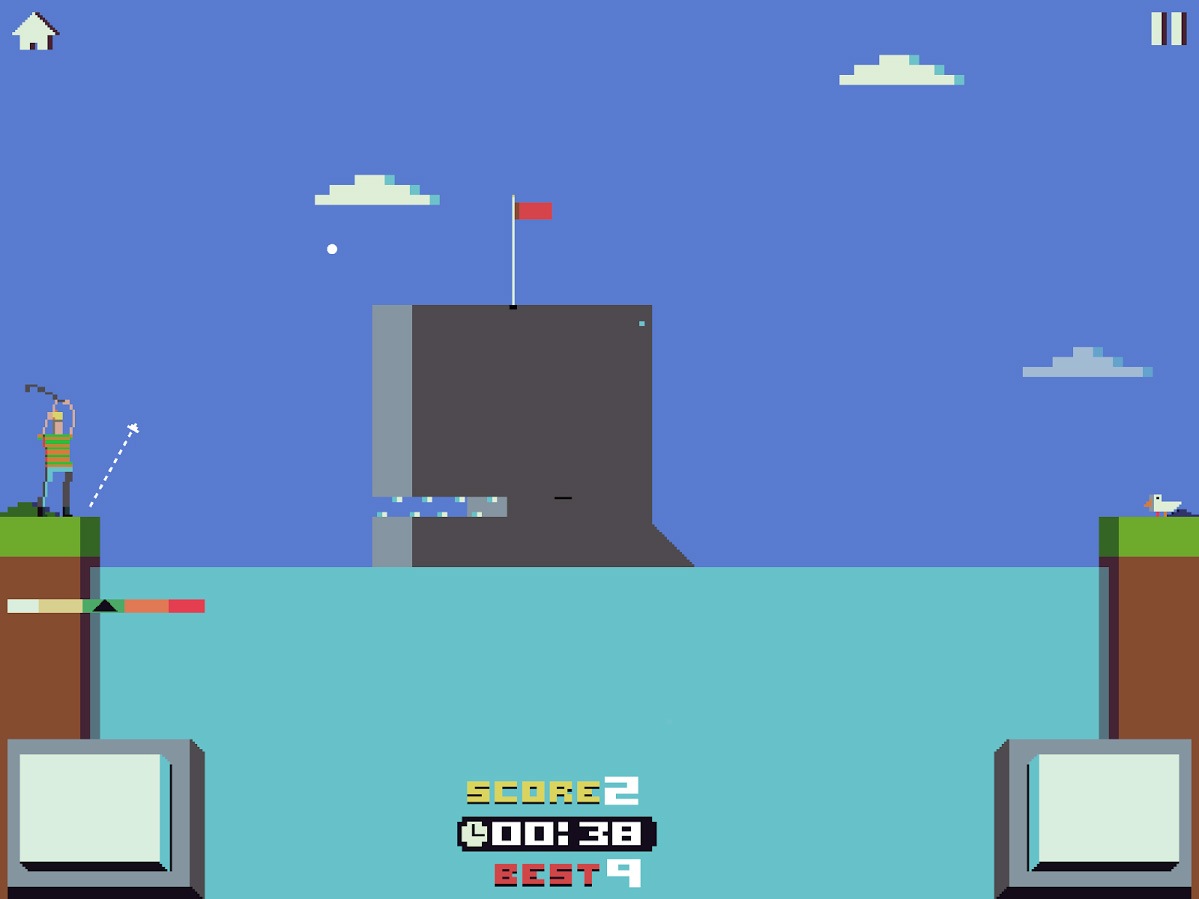 Battle Golf has a single-player and a two-player mode. The single-player mode has nothing to do with the title, Battle Golf, and you simple try and get as many golf balls in the holes as you can before time runs out. The two-player mode is where the “battle” in Battle Golf comes into play. Two players try and out-score the other player, taking shots at the hole and their opponent, as they try to hit their opponent and daze them, giving them a few competition-free seconds.

The downside here is that the two-player mode is local only. You’ll have to physically put your phone or tablet between two people in order to take advantage of the multiplayer mode. So unless you have kids, or enjoy being awkwardly close to your friend’s faces as you both hover over the touchscreen, you probably won’t touch the multiplayer at all. There is no online multiplayer available in the game.

So, for me, there was no battle in Battle Golf. 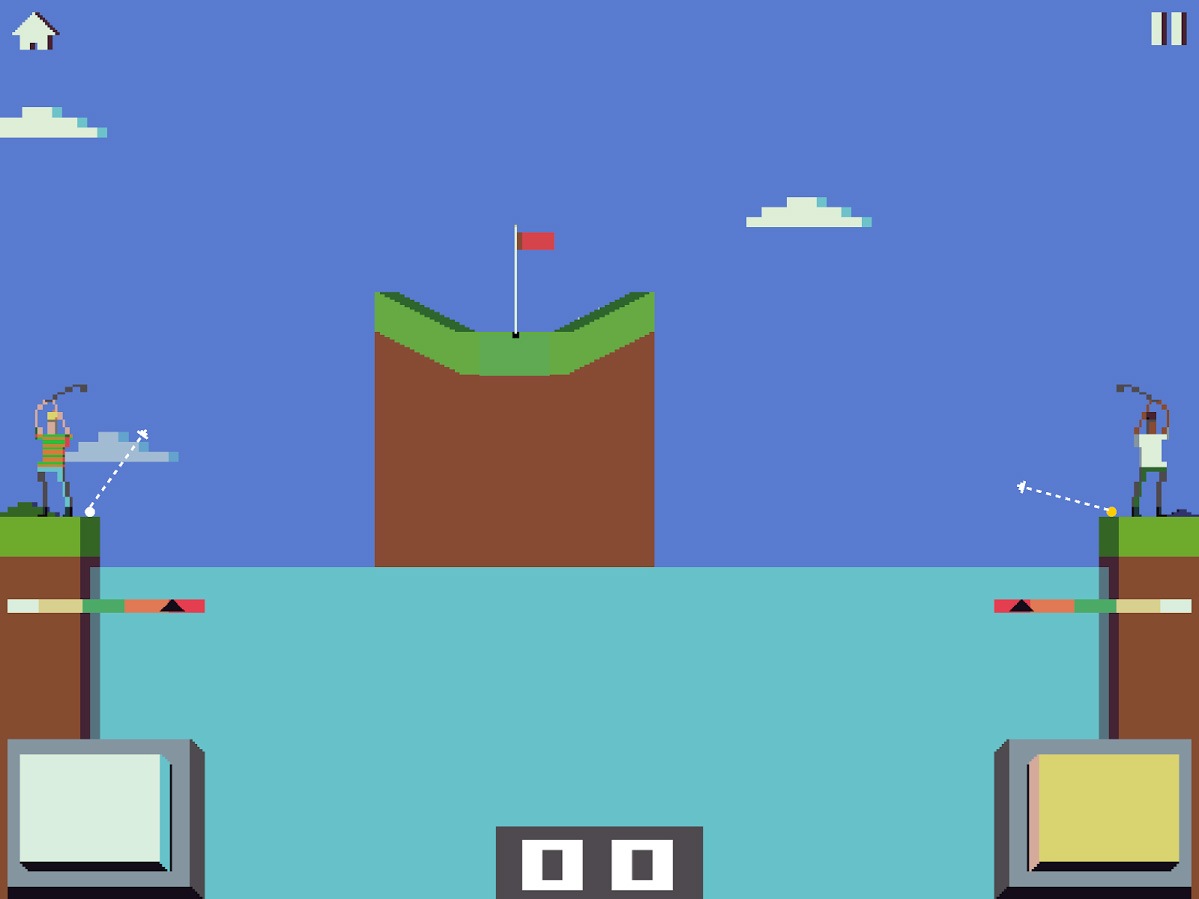 Instead I was left with a very basic, shoot-for-the-hole game. This could have been totally fine with me. After all, I’ve sunk (no pun intended) some serious time into Ball King, a game that’s only about throwing basketballs into basketball hoops. With Battle Golf’s lack of online multiplayer, the experience was very similar to Ball King; I was shooting balls at targets of varying heights while under a constant timer. Mechanically-speaking, I was playing the same game and so I should have been having fun right?

Well, I was not, and it all comes down to the delivery of the game.

Unless you’re some sort of automaton, you’re going to get tired of Battle Golf relatively quickly. There is nothing to unlock, nothing to play towards beyond beating your own score, and nothing extra to do beyond removing the ads from the game, which are sadly the only bit of visual variation that you’ll find in Battle Golf. 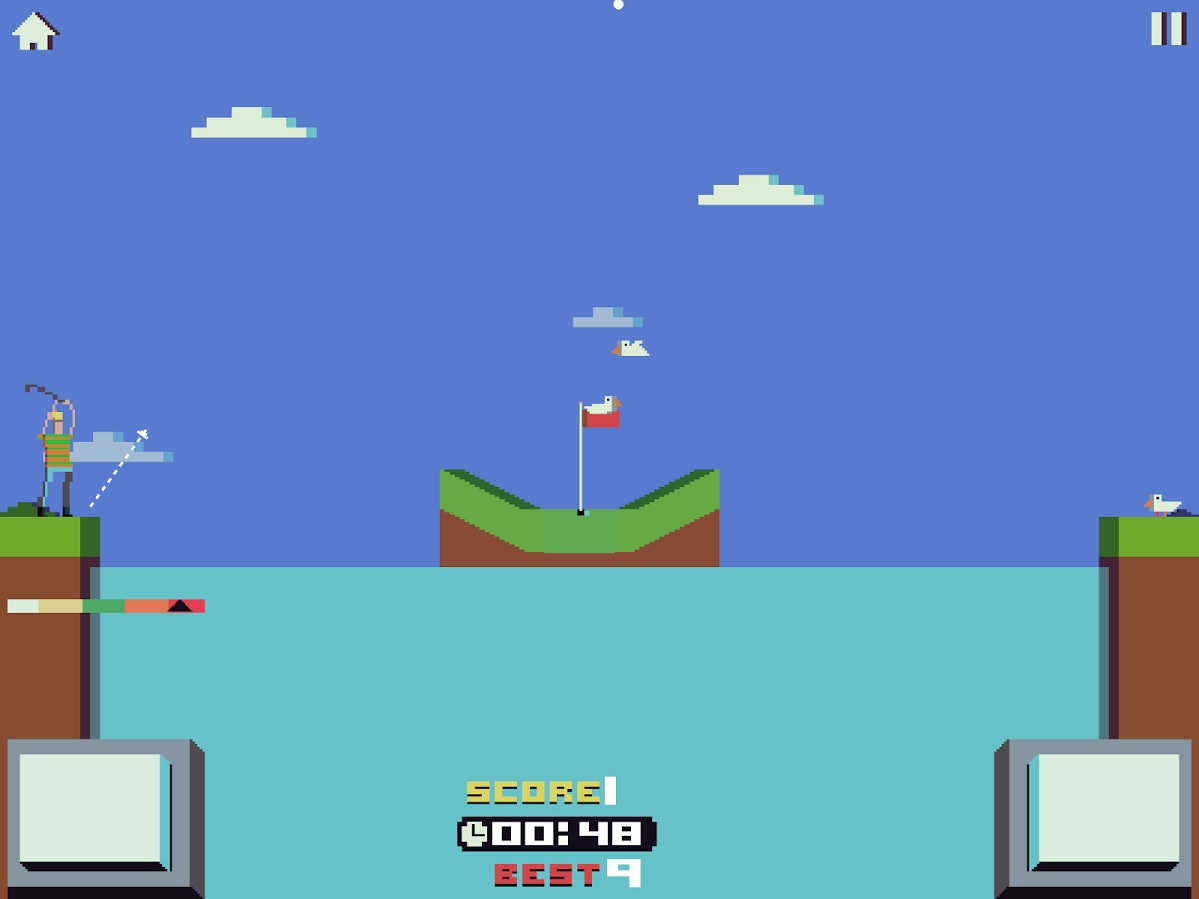 Worst of all is a wonky physics engine that’s just as likely to stop a ball rolling at the end of a slope as it is to have two balls pile up side-by-side after colliding on a decline. The physics engine in the game is just weird, and really feels like it could have used an extra bit of work to really get things flowing properly.

Battle Golf is a super simple game that holds itself back from being a truly fun experience — for the sake of being simple.