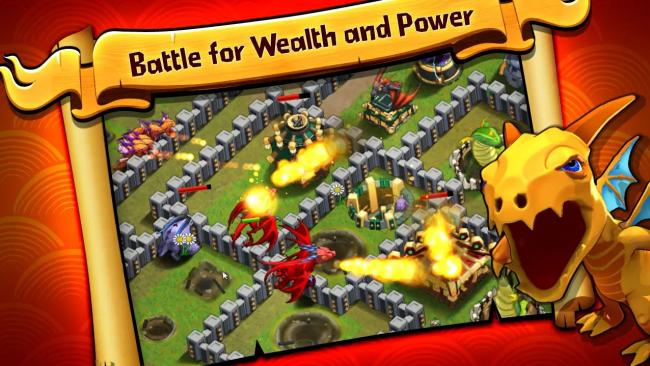 How to train your dragon… to destroy entire villages!

If casual building simulations like Smurf’s Village are too tame for you, give Battle Dragons a try. It merges the familiar freemium set-up of creating and upgrading structures with an exciting combat system that’s all about training and deploying dragons to destroy rival villages. Come on, how much cooler does it get than that?

Even though this isn’t your typical simulation game, there are some things you’ll need to keep track of in order to survive and prosper. Resources such as food and gold are supplied by gold mines and sheep barns, both of which have larger versions that can (and should) be built. These are necessary to keep your army strong, both in terms of breeding new dragons as well as sustaining the ones you’ve got. Building things like dojos ensure you can train more troops and level-up yourself, opening the door to a larger coin purse, new buildings, and more types of dragons to deploy.

In order to get anywhere in Battle Dragons, you’ve got to send your troops out to plunder and destroy. Each town you attack has a different layout along with unique defenses, including everything from basic dragons to stationary towers and more powerful creatures. Tap outside of the city’s walls to place your troops, and then watch them fight on their own. You can’t control what or where they attack, just how many dragons are on the screen, which troops to deploy, and where to deploy them. Even though you don’t directly participate, it’s still exciting to command a legion of dragons. Deployed troops are removed from your queue, so the first thing you’ll want to do back at your home turf is to train some replacements. That and maybe count the gold and food you just acquired!

Everything you do in Battle Dragons takes time. Building a new farm? Gotta wait a few minutes. Upgrading your dojo? Be prepared to sit for a while. Training more troops? You guessed it, not instant. To alleviate this is a system of currency called pearls. Pearls are the basic “hurry it up, fellas” coinage, and you’ll go through a surprising amount of them. Pearl packs are available to purchase by microtransaction, but the prices feel a bit inflated. Get ready to open up your wallet if you don’t want to wait. 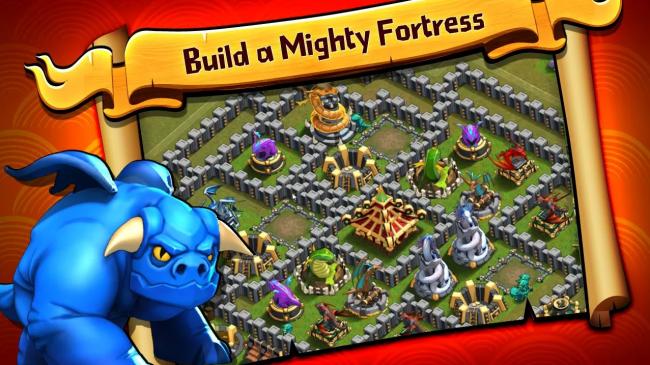 In addition to the story battles in Battle Dragons, there are also sparring matches and player vs. player fights. Both cost a few coins/sheep to initiate, but they’re a great change of pace from the standard scuffles. You also have to defend your own village from attack, though these can be mitigated through the use of guardians.

Beyond its well-balanced combat meets simulation gameplay, Battle Dragons offers a few other incentives to keep playing. Achievements are particularly nice and encourage you to keep a well-rounded game, never specializing in one area too heavily. Social features include starting and joining tribes, allowing you and other players to trade troops, get better upgrades, and hang out and chat about the latest in fireproof saddles. 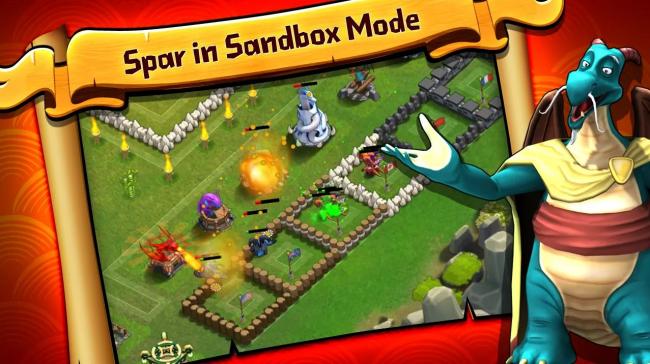 It’s a little bit repetitive in the long run, but Battle Dragons offers a strangely exciting take on the familiar freemium simulation set-up. Adding dragons is a good idea no matter what game you’re making, but training and strengthening entire armies of dragons is just ten times better.