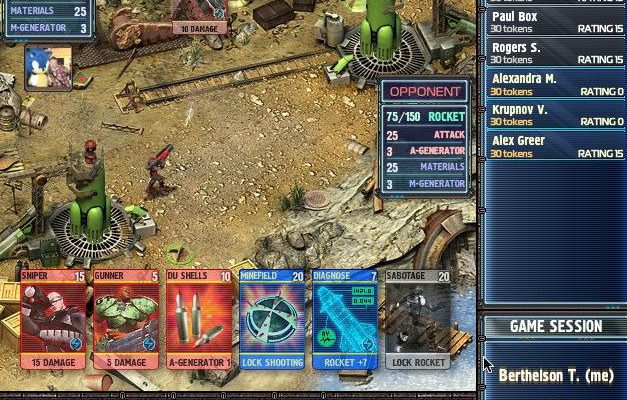 Battle Cards is a solid CCG, but be prepared to spend some real-world cash on virtual cards

Battle Cards has all the bells and whistles you’d expect from a competitive card game, but be prepared to pony up some cash if you want to be the best.

There haven’t been that many competitive card games make the crossover to Facebook. While it sounds like a winning solution to take a concept that is 90 percent about what cards you have in your deck, it would make sense to have a game where you can purchase them and play against your friends.

Battle Cards has all of the elements that you would come to expect from a card game, including offensive and defensive cards and power-ups. At the beginning of each round, you will be given attack points, as well as materials points. Each one of these is vital in order to use your cards. 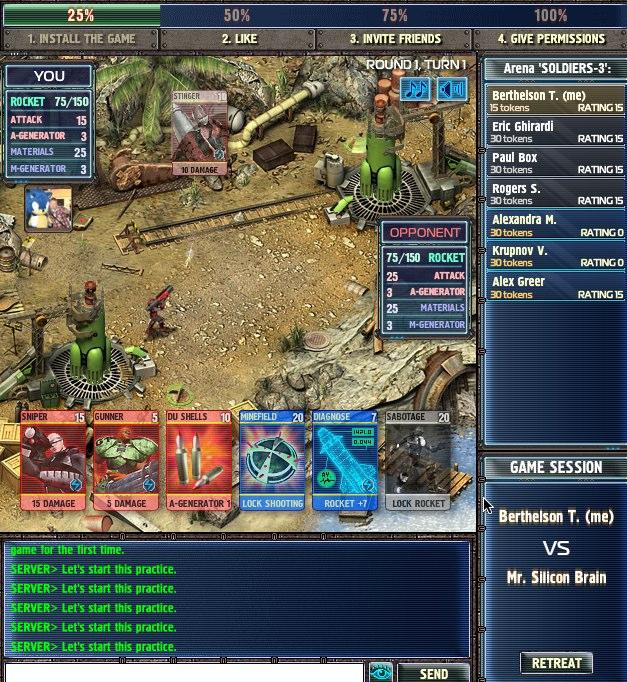 As each card is doled out to you, there is a number at the top of them. Whether this card is an offensive or defensive card determines whether or not that card uses materials points or attack points. There is very little tutorial given on how to plan your strategy before playing, which would have been nice for new players.

Once you’re in a game with your deck, it’s as simple as clicking on which cards you’d like to use and seeing the action play out. While small, there is a bit of a battlefield shown on screen while playing. This setting is nice to look at, but is largely lifeless most of the time and could have used some additional sprucing up.

During play, the object is to destroy your enemy’s rocket without allowing yours to be destroyed in the process. This is where your decisions about choosing which cards to play and when become important. Some of your own cards could even potentially harm your own rocket. 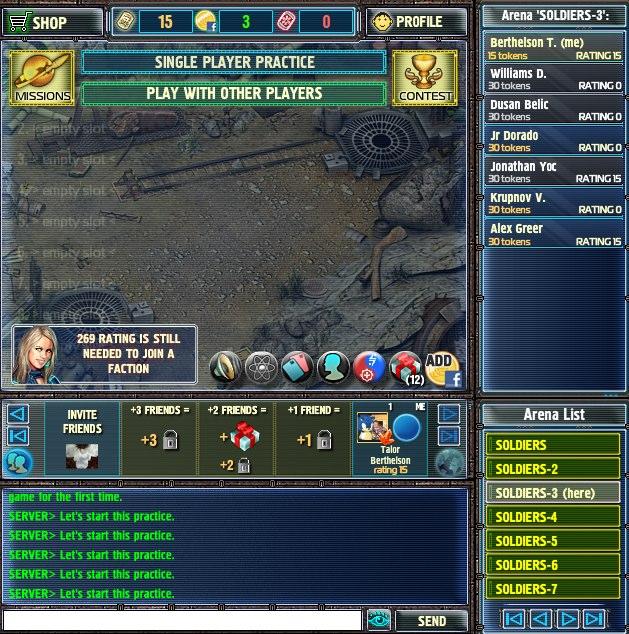 As a social game, Battle Cards does fairly well in offering a few options. As per usual, you can invite friends to come take you on in a game or two. You may also send boosts as free gifts that will allow you to easily boost certain powers before playing.

While all of this sounds great, and it mostly is, the downfall of Battle Cards is that the game can become unbalanced rather easily due to the in-game store where you can purchase more powerful cards and boosts to help you. Unfortunately, this essentially boils down to a battle of the wallets with whoever is willing to pony up the cash for the more expensive cards winning.

Battle Cards is a fairly competent competitive card game on Facebook. Offering a good battle system and a fairly decent deck editor. If you’re like me, however, you probably won’t want to spend money just to be good at a game.

Rat On A Skateboard Review