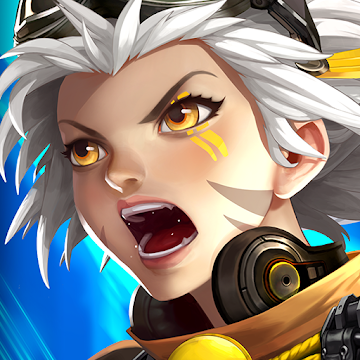 It’s really difficult to get excited about a gacha RPG in November, 2019. Not only has the genre went well over saturation point, but the mobile landscape has changed very quickly since the release of Apple Arcade and Google Play Pass.

Mobile gamers have been reminded of the fact that it is possible to have genuine gaming experiences on their phones that aren’t infested with greedy IAPs, advertisements, and anime girls with their boobs hanging out.

Heck, even free to play has started to cotton onto that fact, with Call of Duty Mobile, GWENT, Mario Kart Tour, and more providing genuinely decent mobile versions of the core games with varying degrees of success.

Yet Battle Breakers is here to crash the party, and, to speak honestly for a second, it’s one of the most cynical pieces of mobile garbage we’ve ever played. In the past, we might have been a bit fairer and tried to dig deep for something positive to say, but, as we said earlier, the landscape has changed.

Booting up Battle Breakers had my eyes glaze over almost immediately. A nonsensical, over-the-top, Marvel-esque opening cutscene briefly attempted to explain why we were about to collect loads of samey looking heroes before we were thrown to a familiar-looking overworld map, complete with 1-1, 1-2 level names.

It’s difficult to see why Epic even bothered to include a tutorial. As soon as it’s over the automatic battle option opened up, which we tapped without even thinking about it and were thrown into the typical routine of watching loads of colourful explosions happening on-screen while barely registering what was going on.

It’s Got All of the Trademarks of the Genre, Including Big-Boobed Anime Girls, Star Ratings For Heroes, and Auto-Play

Our mind began to immediately drift back to the multitude of brilliant games I’ve got installed on my phone that I could easily play instead of this utter garbage-fest. I’ve got GWENT, Hot Lava, Oceanhorn 2, Old School RuneScape, Overland, and Various Daylife installed – all of which let me actually play a game that’s interesting – rather than just sit here listening to anime girls with massive boobs squeal amid explosion after explosion.

We also beat a bunch more levels. We didn’t actually do anything because the game handled all of that, which just made us question what we were doing playing this in the first place. When that’s the question constantly lingering on your mind, you know you’re probably not playing the GOTY.

So we’re going to leave this review here. Battle Breakers might appeal to any of the few remaining mobile gamers that aren’t absolutely exhausted with this rubbish at this point, but everyone else will simply look away in disgust. Just don’t waste your time on this utter rubbish.