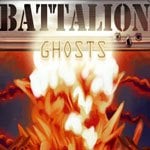 Battalion Nemesis is a great real-time strategy game on the web, a title that was designed as a homage to the Advance Wars series of games that is also strong enough to stand on its own. The best part, though, was that it was only the first part of a trilogy of games UrbanSquall is working on. Now, we have the second chapter to the series:Battalion: Ghosts. Fans will be relieved to hear that it’s not only as good as the first game, but it also has a number of upgrades incorporated into it.

The most obvious upgrade that Battalion: Ghosts received is in the visuals department. Battalion Nemesis was no slouch in terms of graphics, but its sequel looks even better. The cartoon-like style is still present, but now there’s even more detail present with unit models and map squares. As opposed to last time, though, the character portraits that pop up during dialogue sessions sport some fun sci-fi stylings like futuristic armor and cyborg components.

Players take on the role of Lieutenant Hayne, master strategist of the blue Akadians, as he wages war against the red North Federation. Much like before, there’s a basic plot here that is relatively forgettable, but it should be noted that the dialogue has been worked on to provide some more humor to the overall situation. Most of the jokes are kinda corny, but they’re certainly not terrible, either; the dialogue is pretty solid, though, and it conveys the plot well, provided you’re inclined to follow such things.

The varying difficulty levels are all still here, too, and they make a much more noticeable difference than they did in Nemesis. In the first game, boosting the difficulty setting was necessary for a significant challenge. This time around, the difficulty seems to have been tweaked to provide a challenge that increases as the game progresses, and it’s a bit more noticeable than it was last time. The first few levels are exceptionally easy, even for a new player, so you might want to play them on the “hard” difficulty until you’re a few levels in, especially if you’re a series veteran.

In Nemesis, there were noticeable glitches in enemy AI from time to time. This time around, I didn’t spot any problems during my two play-throughs. That said, the game’s still a short one: battles rarely take longer than twenty minutes on the outside, and it’s a little surprising how quickly the game takes to complete. It’s understandable that UrbanSquall would want to make the game appealing for new players, but making it too easy could alienate those of us who played the first entry in the trilogy.

Expanding the play life of the game is the multiplayer Battalion: Arena, which is linked to from the main menu. This allows players to play each other over the net. You can go head-to-head with other players, or play on co-op maps, which means you can still kill a lot of time once you finish the single-player campaign.

Battalion: Ghosts is a great follow-up to what is easily one of the best strategy games on the web. The worst that can be said about it is that the story is still generic and the overall length is a bit short. If you’re new to the series, you can start out with this game and still feel right at home. It’s a great sequel that will leave you hungry for more; while the final chapter of the trilogy has yet to receive a release date, there’s little doubt that it’ll continue thrilling strategy fans everywhere.