Home / Reviews / Batman: The Telltale Series – Episode 4 Review: ‘Been Away a Long Time’

Batman: The Telltale Series – Episode 4 Review: ‘Been Away a Long Time’ 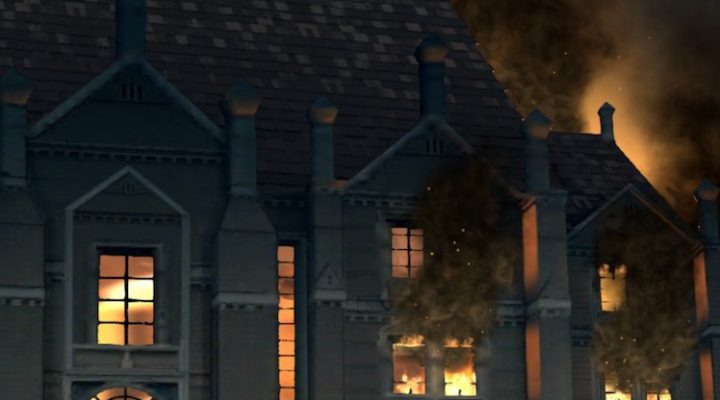 Another intriguing continuation of an already captivating story

Load times have been improved

Still has many of the same technical issues

Sounds intermittently cut out for some reason

Could have used more Arkham

The penultimate episode of Batman – The Telltale Series is upon us. I’m incredibly curious to see how it all ends, but in the meantime, I think Episode Four: Guardian of Gotham sets everything up pretty well for that last push. Barring the usual problems that come with most Telltale’s mobile iterations, of course.

Although I suppose that’s not entirely fair of me to say. Yes, the usual animation jank and some of those shadow oddities are still present, and now the sound effects/dialog will randomly cut out every now and then, but a semi-recent update has noticeably improved the load times. You’ll still be staring at a black screen with a tiny bat symbol in the bottom corner from time to time, but you won’t be staring at it for nearly as long — thank goodness. 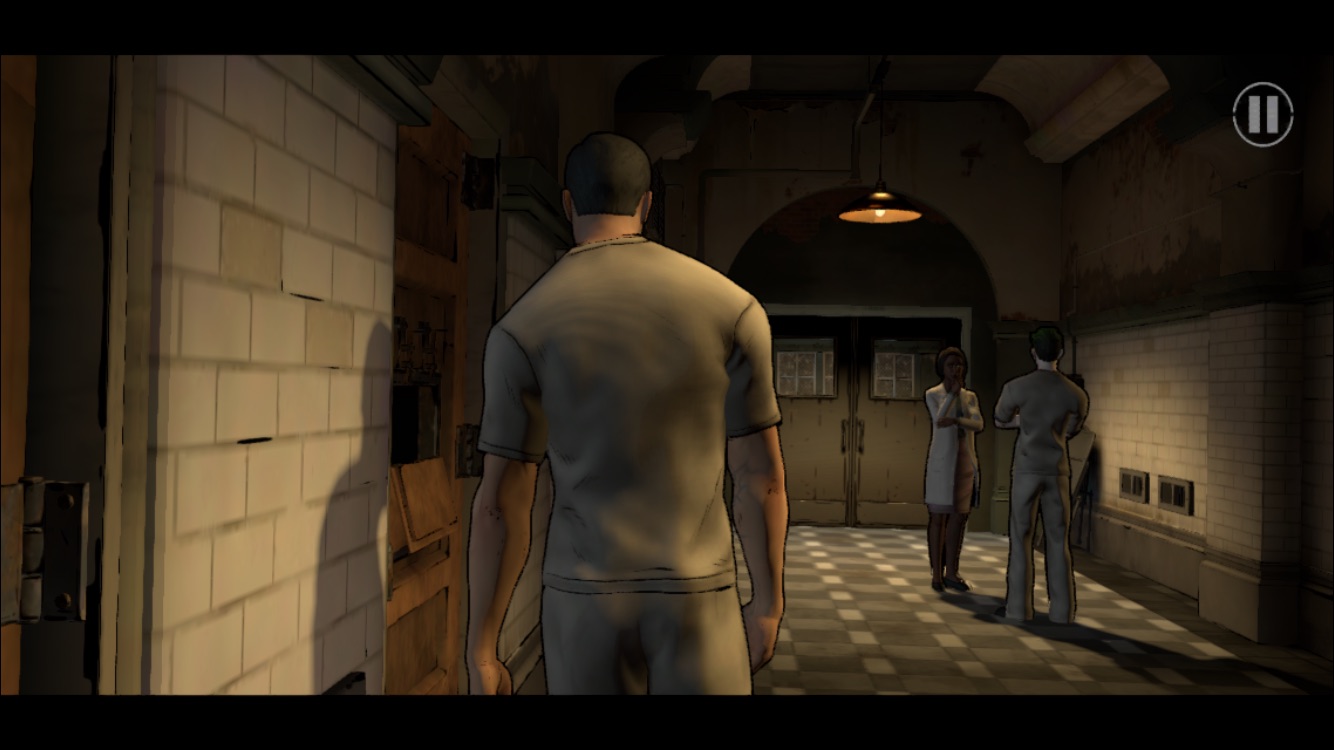 As for the episode itself, it’s a bit disappointing in parts, but pretty good overall. Bruce Wayne finds himself locked up in Arkham Asylum thanks to what went down at the end of the previous episode, creating a unique situation. I mean, how often does Bruce Wayne (not Batman) show his face is the infamous facility? It creates an intriguing start that’s full of possibilities: getting a patient’s perspective on Arkham, daring escape plans, questioning reality, and even having a few cameo appearances from as-yet-unseen but well-known series villains.

But then it’s over in twenty minutes, and barely anything happens.

I didn’t expect the entire episode to take place in Arkham, but I expected more than what we got. It’s the missed opportunity that bothers me more than anything. What happens instead is fine, and there are definitely some cool and interesting cameos (some probably a lot more recognizable than others), but it’s functionally just an exposition dump — something to tell players what’s happened since the events of the last episode via a few bits of dialog and a TV news clip. So much potential, wasted. 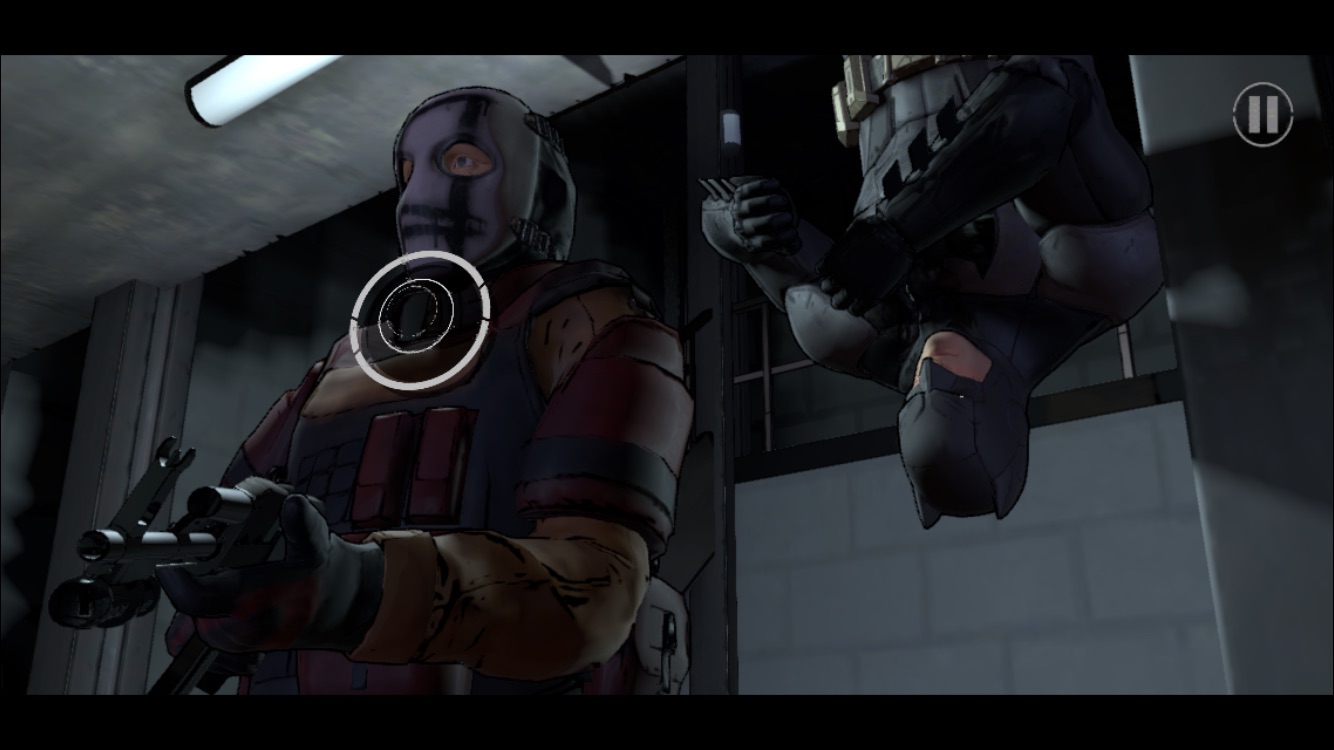 Once Bruce gets out — I’d joke about spoilers but come on, we all knew there’s no way he’d spend the rest of the game/his life in there — it’s back to business. Kind of. Remember how things have been getting steadily worse for our hero throughout every single episode? Well that trend continues. Now Gotham is essentially under martial law, with heavily armed and armored “enforcers” patrolling the streets as an overblown response to the threat posed by The Children of Arkham and their mind-altering drugs. Oh, and someone’s started to hack into Batman’s network, wreaking havoc with a lot of his high tech toys and generally making his job even tougher than it has to be.

Eventually, Batman has to make a desperate choice between stopping the hacker or defending Bruce Wayne’s home. And after that, it just sort of ends. I’m assuming the final showdown of the episode would differ depending on which path you take, but I can’t imagine one being significantly longer or more involved than the other (and I’m not replaying it to find out). It felt pretty abrupt to be honest. What’s there was good, certainly, but this episode feels so much shorter than the others. It could be my imagination, or my perception could have been thrown off because I’ve become invested in the story, but I can’t help wishing there was more. 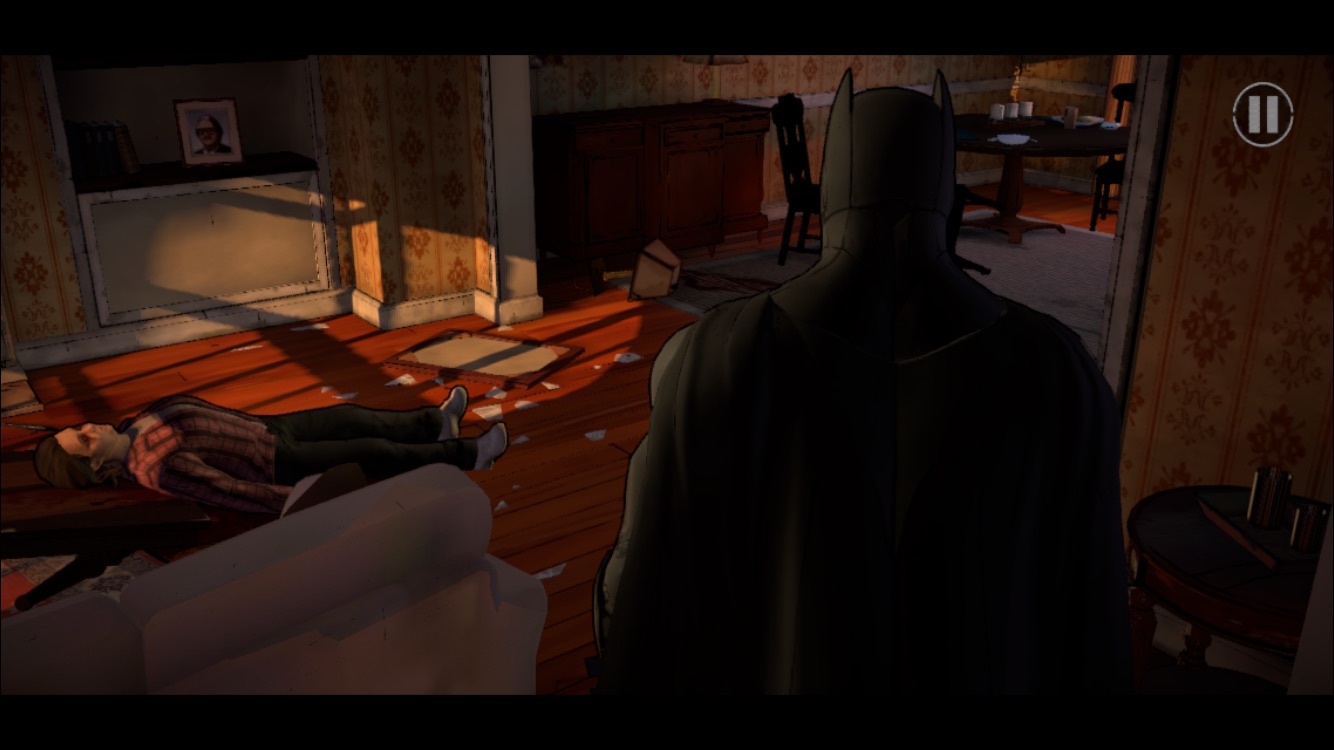 When viewed as one piece of a much larger whole, Guardian of Gotham delivers. There are some good looking new locations to visit, some fun nods to Batman lore here and there, and yet another cliffhanger to make you want to come back one final time. As a standalone piece, it’s short, and there wasn’t nearly enough Arkham Asylum. I guess it’s a good thing you can’t simply drop in on the second to last episode, huh?