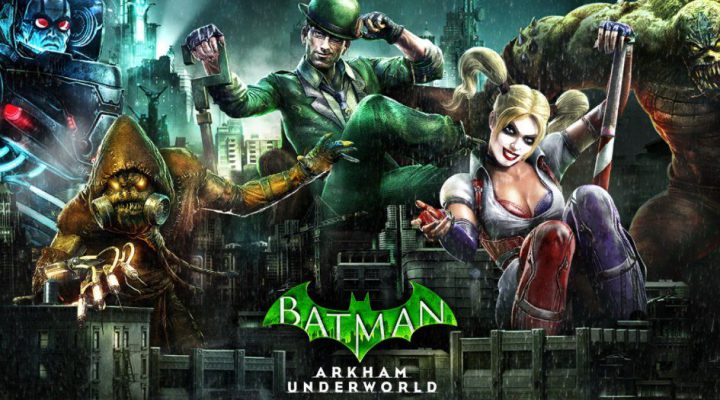 A lovely looking take on the Batman universe.

Plenty to do and generous with its currencies to start with.

Adds a few new ideas to the strategy management genre.

Doesn't really do enough to lure in bat-fans.

Arkham Underworld is an interesting one. It’s obviously trading on the massively successful Arkham franchise, and it’s got the same level of polish to it as well. But at the same time it’s aiming for those lucrative free-to-play bucks that Clash of Clans rakes in on a daily basis. The question is whether these two things can merge together to create a great game and a money-earning behemoth. The answer is, well, sort of.

There’s a lot of fun to be had here if you’re a fan of the midcore, There’s base building and surprisingly tactical scraps to engage with. What there isn’t is the chance to be Batman. Nor is there any of the crunching combat and stealthy swinging that made the Arkham console games so addictive. 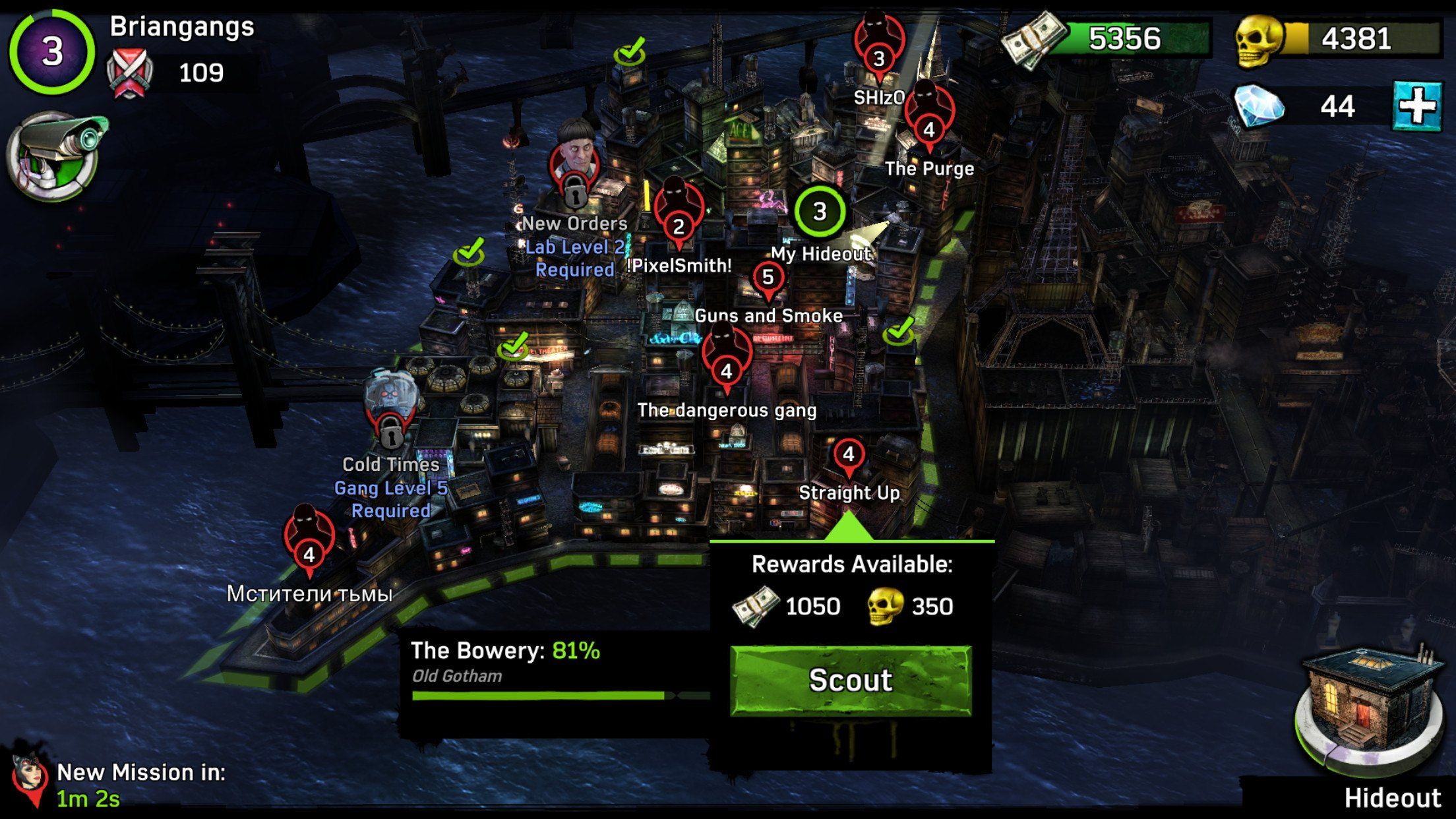 Arkham Underworld sees you trying to build your own criminal empire in Gotham. You recruit different super villains, strengthen your criminal stronghold and complete missions to take over territory from a variety of characters from the Batman canon.

Missions see you leading a team of thugs into a property to smash, steal and slaughter. You get to send a super villain with them, who essentially acts like a hero in a MOBA. You can control their movement to some degree and blast out upgradeable super moves to try and turn the tide in your favour.

You’ll collect new villains as you get deeper into the game, and they have different skill sets that come in handy depending on the mission you’re taking on. Then there are new troops to buy as you upgrade your base, using the spoils of your crimes to toughen up your gang and move up the Gotham pecking order. 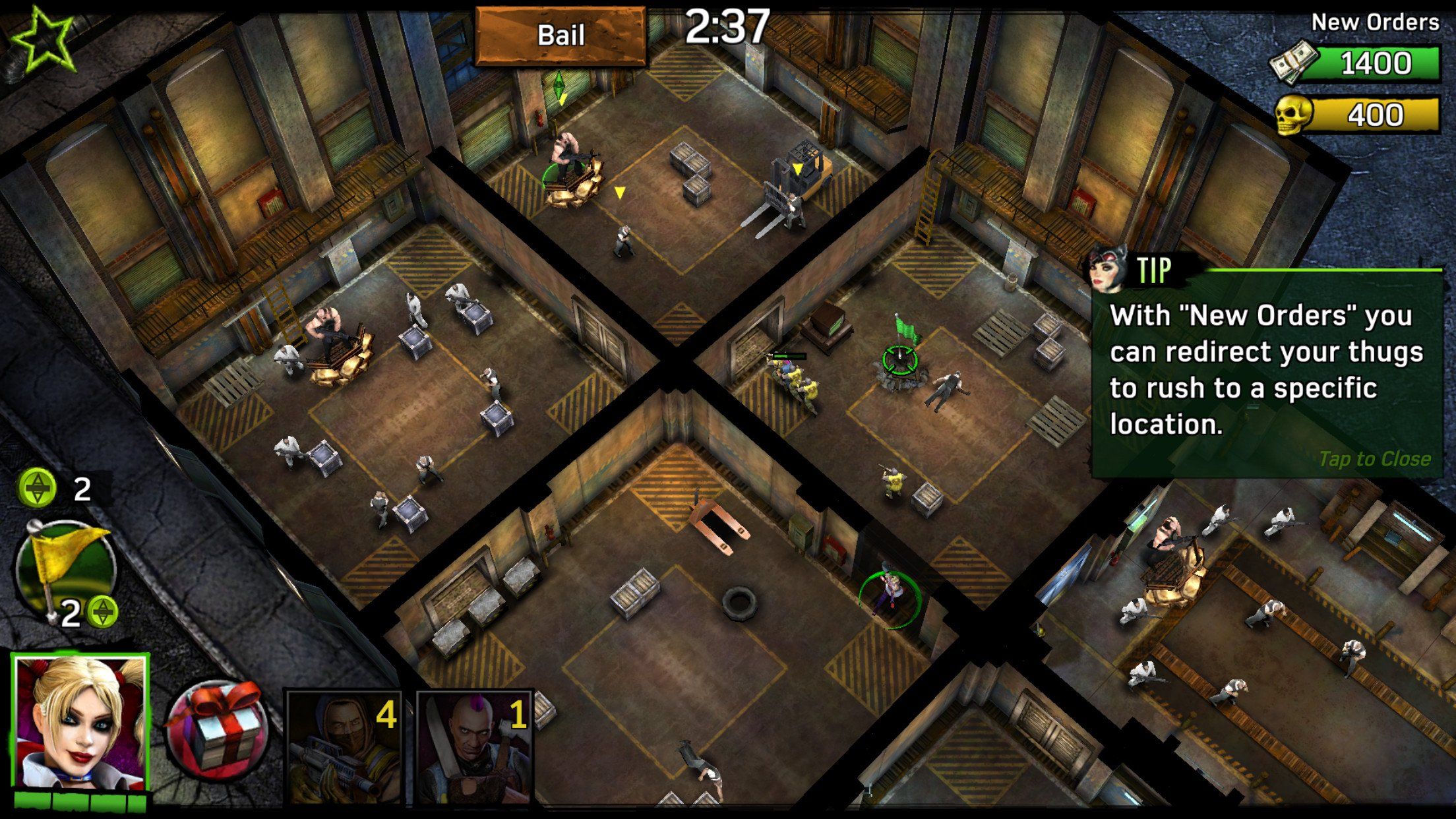 As well as fighting against fictional crime bosses, the map lets you smash the faces of real-life players too. These raids take the some form as the story missions, and you’ll gain extra rewards for participating in them. You’ll also get raided yourself, so clever design is key when it comes to adding to your defenses.

And it all buzzes along quite nicely. There’s always something to do and the concessions for more seasoned gamers at the very least give you the illusion that you’re in control more often than not, unlike certain other games in the genre. And, at least at the start the game, Arkham Underworld is surprisingly generous with the currency it throws at you, and playing smart means you can keep your coffers reasonably well stocked. 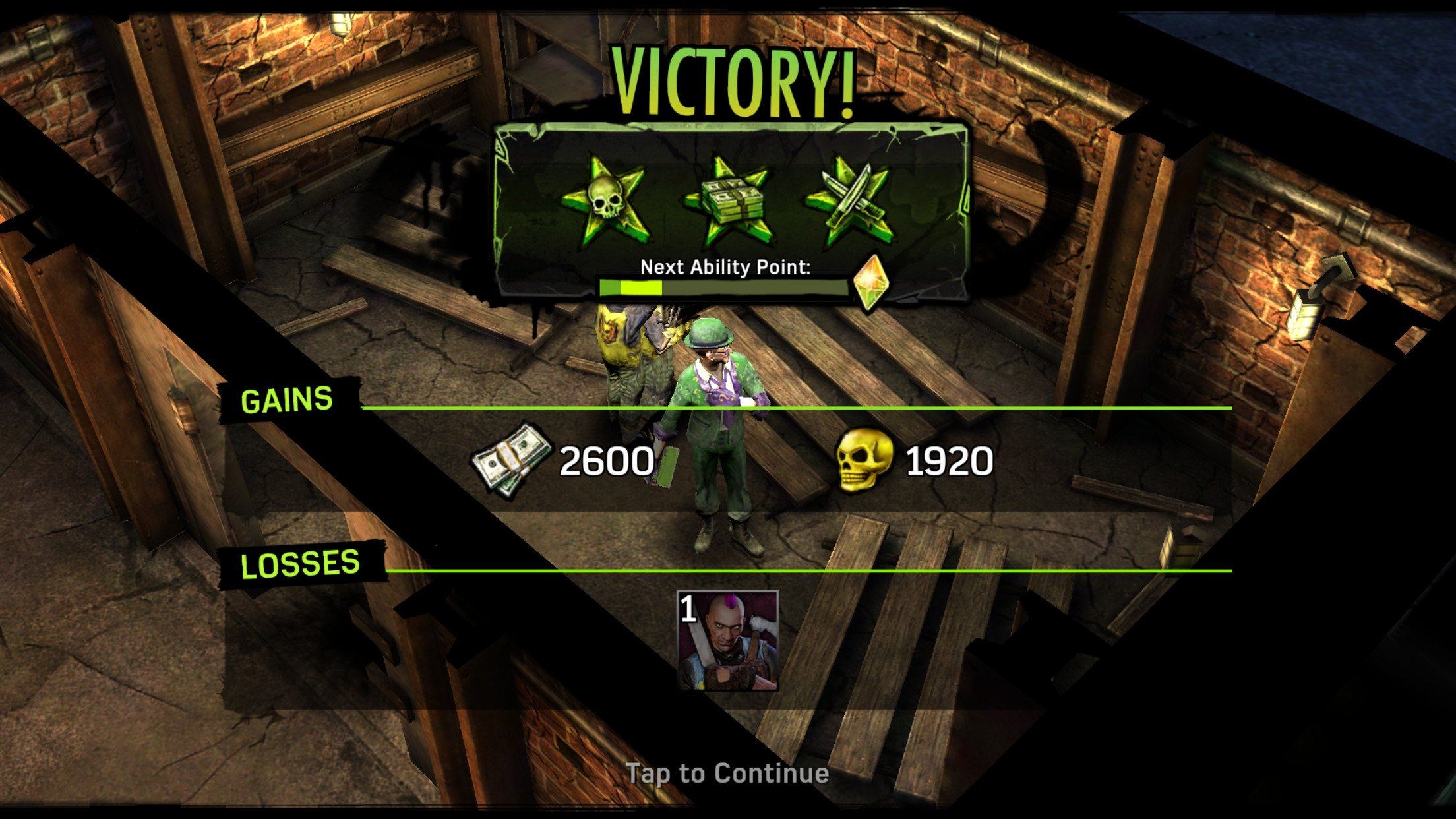 Batman: Arkham Underworld isn’t the most original game in the world, but it adds a few fresh ideas to a slightly staid genre and it certainly isn’t as much of a jaded cash-in as it could have been. It’s well put together, it looks lovely, and it deals with the Batman mythos reasonably well. It’s probably the best Batman game available on mobile right now, although that’s not really saying too much. It’s a big, grindy slosh through the underbelly of Gotham, with a cast of characters you’ll recognise and plenty of semi-tactical violence thrown in.

Is that going to drag in the legions of Bat-fans? No idea, but if you’re looking for a strategy management game that does things slightly differently, and slightly darker, then it’s well worth a look.