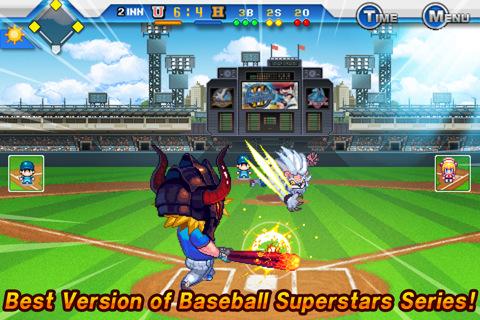 Baseball Superstars II should hit one out of the park, but a few issues keep it from attaining a Babe Ruth-style legacy

This is the worst kind of review to do. On paper, a game does just about everything right. But one or two big details bring the entire experience down from what it should be. Baseball Superstars II fits this to a T. It’s got everything going for it, but is marred by a couple of major issues. I really wanted to like this game more than I did.

A neat hybrid of baseball sim and RPG, Baseball Superstars II puts you in control of either a batter or pitcher – or both – through a season, trying to reach the playoffs and win the championship. Throughout the season, you’ll be able to upgrade all manner of items and abilities, from improved speed and batting to super pitching by transforming into superhuman beasts! You’ll be able to engage in training or TV appearances to improve your player or team’s fame and popularity, earning more money to buy items and abilities.

While playing, you’ll be able to control either pitching or batting using onscreen buttons. For batting, you can choose to bunt or swing, and move closer or further away from the plate. Pitching is particularly clever, choosing a pitch, a placement, then a quick time game to see how good a pitch you throw. Fielding is accomplished by tapping a base to throw a ball to. It’s simple, but the amount of control Baseball Superstars II tries to give over your actions is surprisingly robust.

However, one of those two major issues comes up here: difficult controls. Baseball Superstars II somehow manages to pinpoint exactly which pixel you’re touching. Most of the buttons or selection boxes are a bit on the small side. As a player with big fingers, I had to be utterly precise in placement of my tapping. In particular, batting was a nightmare. I didn’t even manage a hit until seven games into my season. Even after finding a practice mode, I was able to get five hits in about 80 pitches. And there’s no way the game will help you figure it out (more on this in a moment).

The options presented in Baseball Superstars II are overwhelming. There’s a lot to do and see. If you start a season mode either in solo career or team (a solo career lets you choose to be either a batter or a pitcher; team mode means you play everything), you’ll get a fun, silly introduction and a very brief tutorial, then you’re off. At first, Baseball Superstars II is very confusing, and unfortunately things don’t get easier for a long time, if at all.

This is the biggest problem with Baseball Superstars II. Its depth is superb, and the amount of customization and leveling options are near limitless. Each team has a unique dynamic to it for strength, defense, toughness and spirit points, and each player on the team has their own set of strengths and weaknesses. You can add all manner of bonuses, perks and even more temporary ones through the use of items purchasable through the shop with the money you earn. In between games, you can train in a myriad of ways, and for almost any aspect of your player or team. 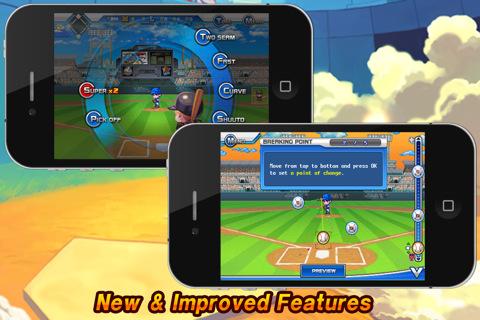 If only there were a practice mode or real tutorials! You can’t repeat them if you accidentally hit the skip button. The ones that are there don’t go into nearly enough depth. Other times, the game just gives you a box with basic details of what you can do, but most of the time you’re left on your own. Baseball Superstars II is incredibly deep and varied, but is almost guaranteed to overwhelm most players.

Even basic tasks aren’t explained well. As mentioned previously, batting in Baseball Superstars II is an absolute nightmare. There’s no real practice mode for it, outside of the homerun derby. It’s not about trying to read the pitcher, as that’s part of the challenge of real baseball. Rather, it’s that the timing of a successful hit – or, heaven forbid, a homerun! – isn’t really consistent, or even discernable.

I am genuinely sad about this. Baseball Superstars II has so much going so well for it. The awesome anime graphics and fun synthy soundtrack are vibrant and animated. The amount of customization is greater than most games could only dream of. But Baseball Superstars II just can’t push itself into incredible awesomeness because the designers missed two huge points that hinder what should be one of the best games on the iPhone. Baseball Superstars II is kind of like an infield hit: it definitely gets you on base, but isn’t the homerun you wish it was.