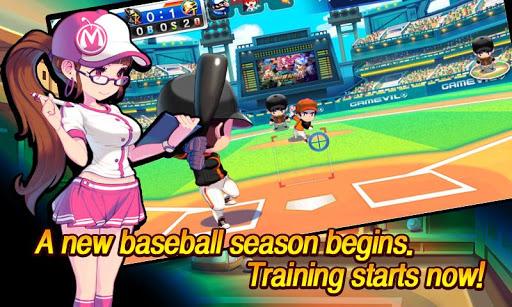 The major critique with sports games is the lack of change from one year to the next. Bugs from one year often appear in the future installments, and poorly-built features receive no modifications for the next season. Then, there’s Baseball Superstars 2013. The newest installment in the series doesn’t just learn from its previous mistakes – it makes extra adjustments that improve the experience.

The game starts off by asking you to create a pitcher or batter. The “My Batter” and “My Pitcher” modes were the cornerstones of Baseball Superstars 2012, but this year’s release removes the option of playing as the entire team. The lack of team play isn’t a deal breaker by any stretch of the imagination, but a sports game without team play has a bit of a weird feeling.

On the plus side, almost everything about playing as your pitcher or batter has been improved. The batting gameplay is mostly unchanged, but everything feels more polished. You get the choice of tilt or button-based aiming, along with three buttons for swing, power swing, and bunt. Pitching dumps 2012‘s swipe-based layout for a more traditional style. The swipe controls are missed, but the challenge that goes with the new setup works wonders.

The on-the-field action is great as well, but Baseball Superstars 2013 is at its best when exploring the RPG elements. Like every year, building up your character’s stats and skills is just as fulfilling as winning the championship. The big change for this year is replacing detailed ability scores with a simple experience system. Playing games and training during free time nets you experience points. Once you have enough experience to level up, you draw a card that assigns more points to your key stats. Some players may be turned off by the oversimplification, but the type of player you created will still dictate your typical play style.

You’re given more freedom for off-the-field activities this year. While you’re still capped at ten active points, more activities can be performed for free, and there is plenty to do. Training, quiz games, home run challenges, and getting a girlfriend are just some of the ways you can spend your time off. As fun as some of these options are, they also provide significant rewards and power-ups that shape your experience both on and off the field.

Customization plays one of the biggest roles in Baseball Superstars 2013. Right from the start you can customize your team name, logo, and uniforms. Through the use of G Points and Stars (both earned in-game and via purchase), you can buy new equipment that increases stats and looks cool. These items, as well as consumables, are not required to have success in the game, but add a bit of flair and make things a bit easier. 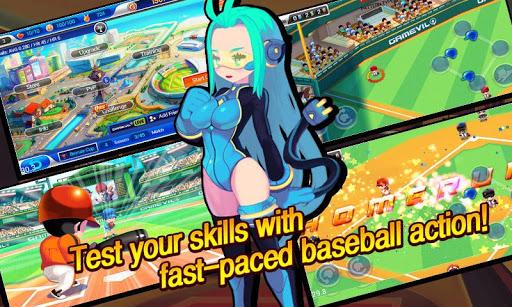 The one area where items do matter is with your teammates.  Unless you’re willing to spend real cash, you’ll need to manage your G Points to level up your team. With the fun ways to spend these points, it’s unfortunate you need to spend so many to keep your team competitive, but the other option is playing on an under-leveled team. Personally, I’d rather win than look cool, but maybe that’s just me.

There’s so much going on in Baseball Superstars 2013 that I just can’t explain it all. You can play against friends and other user’s teams, you can trade players online, and you can advance into new leagues with a strong postseason performance. Team play is missed, and the stat system may not be ideal for some, but what’s in place works well. This is a series that continues to shake things up, even with features that worked in the past. It has some annoyances, but Baseball Superstars 2013 is easily the best in the series.