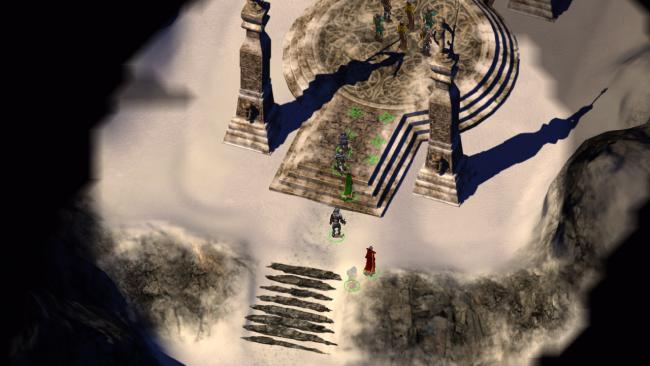 Minsc and Boo are back. Everything else is just gravy.

The smoky taverns of the sword coast are filled with veteran adventurers, gnarled wizards and spent warriors who’ve wasted their fortunes on travel and drink and earn their coin by recounting tales of their quests. The paladin, Justus was one such. But now danger springs anew in the musty lairs and dank caverns beneath the savage frontier, and I have called on Justus to press his rusty blade back into service once more.

Baldur’s Gate Enhanced Edition is a traditional isometric role-playing game that puts a fresh coat of polish on BioWare’s 1998 classic. You create a character using the venerable Dungeons & Dragons 2nd edition rules and send them forth into the dangerous world of the Forgotten Realms. You’ll be exploring wilderness, cities and dungeons. You’ll hunt for loot. You’ll meet a lot of people, some of whom will want to join your adventures and others of whom will give you quests to fulfill. Spells will be cast, horrible monsters slain and slowly but surely your character and his friends will gain in power and experience.

The mechanics underpinning the game are a precise copy for those of the role-playing game that inspired it. As part of the enhancements in this new edition, they were updated to the very final version of those rules which gives you some new features to play with. They’re also very complex. Many players will have lived and breathed Dungeons & Dragons for many years, and playing this will feel as natural as getting back on a bike after a long absence. For everyone else there’s a tutorial and a comprehensive rulebook, but it’ll be tough going.

Of the remaining improvements over the original, the most noticeable are higher resolution graphics. But however enhanced they are, they can’t really hold a candle to a modern title with their muddy textures and lack of detail. The expansion pack, Tales of the Sword Coast, is now included. There’s a new arena mode which allows you to focus on levelling and looting, using the popular tactical combat system that involves repeatedly pausing the game, issuing orders, and watching the results unfold. There are also a few new important non-player characters to interact with in the game and have in your party.

The fact that the development team chose new characters out of all the things they could have added is telling. It shows they understood that the appeal of the original game, and what’s allowed it to stand the test of time so well is not the mechanics, nor the combat, though both are excellent. What makes the game stand out is the aesthetics. The thrilling story, built from the rich, deep lore of the Forgotten Realms setting which has developed over decades into something unique. The seemingly endless parade of wonderful characters, brilliantly written and acted to make fantasy constructs pop out of your screen into the real world.

And what characters they are. A depressed, pessimistic elven wizard. A deranged necromancer. And Minsc, the ranger, one of the most enduringly popular characters from the whole of video gaming. Slayer of orcs, lover of hamsters. If you’ve never played Baldur’s Gate, it’s worth the entry price just for the pleasure of adventuring with him at your side. It all adds up to an addictive, enthralling experience you won’t want to put down. 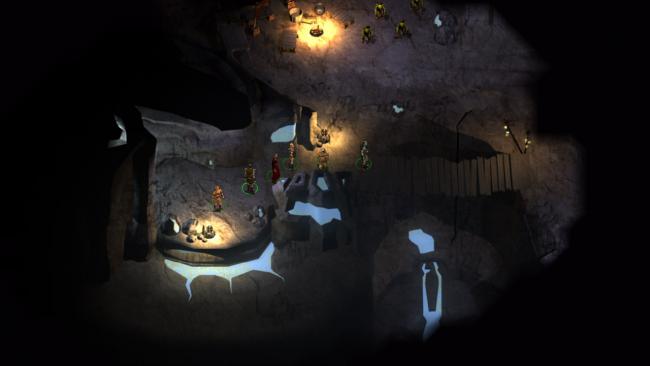 By changing the game so little, the developers have been sure to keep everything about the original that made it so special. Sadly it also means that some aspects of it look dated to the modern eye. The pathfinding isn’t great, often leading to the dreaded intonation “you must gather your party” as you try and exit an area only to find one of your charges went down the wrong tunnel minutes ago. The interface feels clumsy and over-complex. The need to explore an area before adding it to your fast-travel options is sometimes annoying.

However, exploration is another aspect of the game that shines. Most of the zones you pass through are so packed with content, quests and monsters that this aged game actually reminded me a lot of vast modern open world RPGs like the Elder Scrolls games. You don’t have the same freedom of action, but I’d forgotten quite how big and varied Baldur’s Gate is. You could sink many, many hours into this before seeing it all.

Since I first played Baldur’s Gate all those years ago, RPGs have morphed beyond all recognition into a genre driven by action and story, mutated to the point where the line between them and even frantic shooters has become blurred. Many of the modern games are brilliant. But this Enhanced Edition is a gentle reminder that just because the model they left behind is old doesn’t mean it has no value. Stat crunching is good. Slow paced combat is good. Dungeons & Dragons is good. And combining all three seamlessly together remains very good indeed.