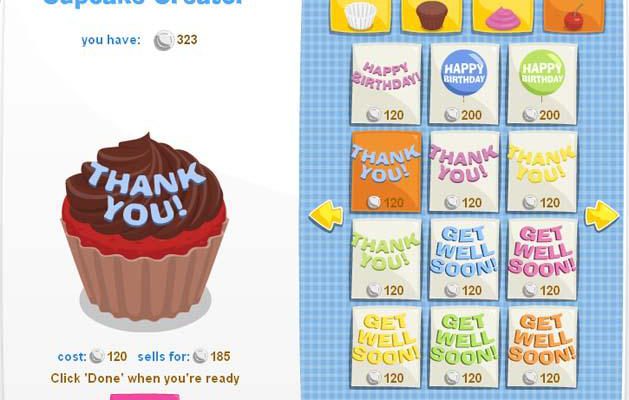 Baking Life may be the first bakery-themed game on Facebook, but at heart it’s still a clone. Baking Life plays exactly like any given specimen of the restaurant sim genre, pioneered by Restaurant City and popularized by Café World. Where restaurant sims typically let you create dishes ranging from savory to sweet, Baking Life focuses completely on baking pies, cakes, cookies, and other luxuriant desserts. Most of the foods you can make are representations of fattening real-world dishes, though you’ll also run across exotic concoctions like the Floating Castle Cake. 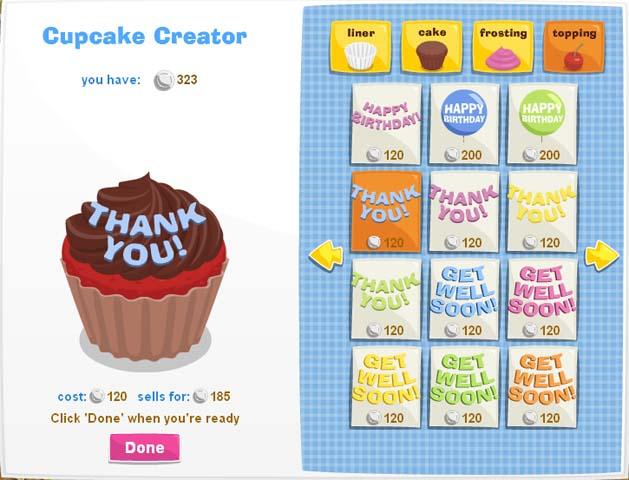 Baking Life offers almost all of the exact same features and gameplay mechanics as the restaurant games that inspired it. You use ovens to make food, which you can serve when the food’s timer runs down. Served food goes into a display case, so you can’t serve something if there’s no display case free. There’s an optional coffee-serving mini-game that works exactly like its Café World counterpart, except you can level your coffee machine up to eventually serve decaf coffee and tea. You unlock recipes as you level up, though Baking Life doesn’t feature anything like Café World‘s recipe mastery yet. You need to hire friends to work in your shop as quick as you can, since the temporary workers you’re stuck with otherwise cut into your margins. 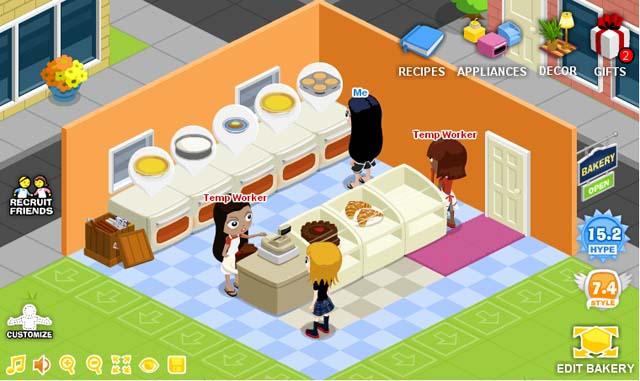 That’s not to say Baking Life is a bad game, it’s just very standard for its genre once the novelty of baking muffins wears off. Its only unique feature is a very clever and seems to promise a game that could be quite interesting once it matures. One of your first recipes in Baking Life is a Personalized Cupcake that you can make in any number of flavors and decorate however you wish with a paper cup, fancy icing, and tons of potential decorations. The Personalized Cupcake can be served in only a minute, but you get only a handful of servings unless you actually send the cupcake to someone on your friends list as a virtual gift. Some of the decorations for the Personalized Cupcake cost in-game funds, but let you see the cupcakes at a higher price. Playing with the cupcake maker is so much fun it seems you could build a whole game just around that (and it’s possible OMGPOP did, with its recent Cupcake Corner game). There’s not much else about Baking Life that’s distinctive, from the décor to the avatar clothing, but the cupcake personalization really stands out. 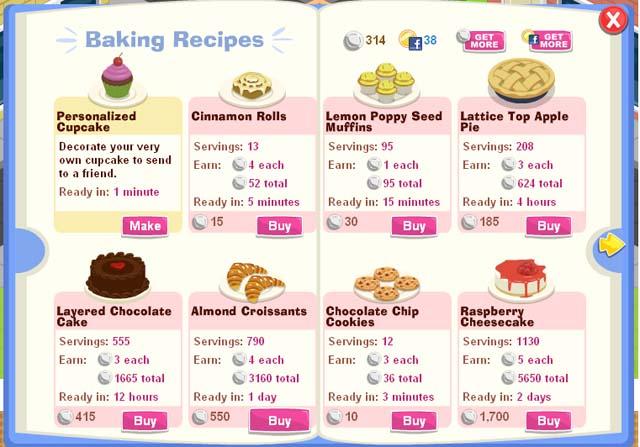 It’s worth noting that Baking Life went through some severe server instability during the game’s review period. During this time the game would not operate correctly in any browser but Internet Explorer. Other browsers would actually return errors from Facebook’s servers and fail to increase your amount of available funds after selling an item to a customer. The money didn’t disappear; the game simply wouldn’t display it until you refreshed the browser window. Having to play in Internet Explorer was a great annoyance. It’s not clear whether the game was going through an update during the review period.

Baking Life‘s biggest problem is that it plays so much like games that have been out for so much longer. You can’t really fault Baking Life for this, but it’s hard to imagine someone who wouldn’t have more fun playing a similar but more polished game like Restaurant City or Café World. Baking Life feels rough and clunky right now, with slow animations and a lot of graphics glitches. Its time in the sun may well end as soon as a competitor gets a more polished bakery-themed game out there, or Zip Zap Play may be able to grow it into something with more of a personality.