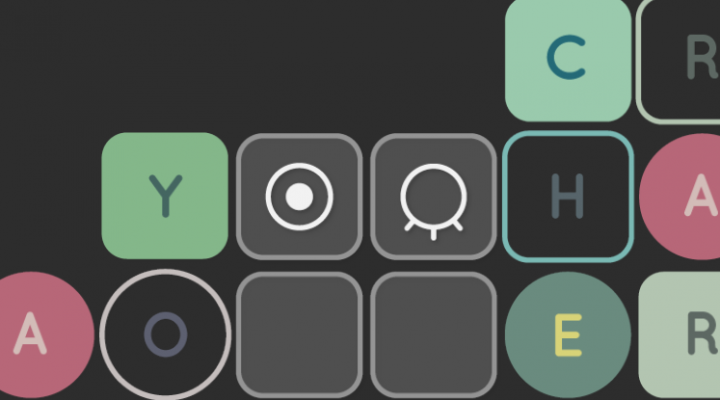 Minimalist gameplay that doesn't come across as gimmicky.

Not always obvious how to minimise the ad to return to the game.

Nothing good comes easy, or at least that seems to be the principle behind BAIKOH by indie studio Mum Not Proud. This magical little word game that’s available now for both iOS and Android devices makes the most of the Unity game development platform, setting itself apart within the increasingly cluttered word game landscape with a sleek minimalist graphical style and frantic gameplay. BAIKOH sneaks up on you before metaphorically slamming you in the head with a frying pan Dinosaurs-style, and it’s contradictions have you constantly on edge in the best way.

There are two game modes in BAIKOH – solo and zen. Solo’s really where the action is at while zen serves double duty as a space to practice your word-finding skills and a sanctuary for the faint of heart who aren’t into (or can’t handle) the pressure of playing solo.

During gameplay, your task is to use the letters at the bottom of the screen to put together words of any length or complexity. As you’re scrambling for words, letters will continue to fall from the top of the screen creating stacks that will end the game once they reach the top of the screen. It’s not just the falling letters that will trip you up. There are giant stones with faces that take up the space of several letters, really putting you at a disadvantage as you try to frantically above and below them. 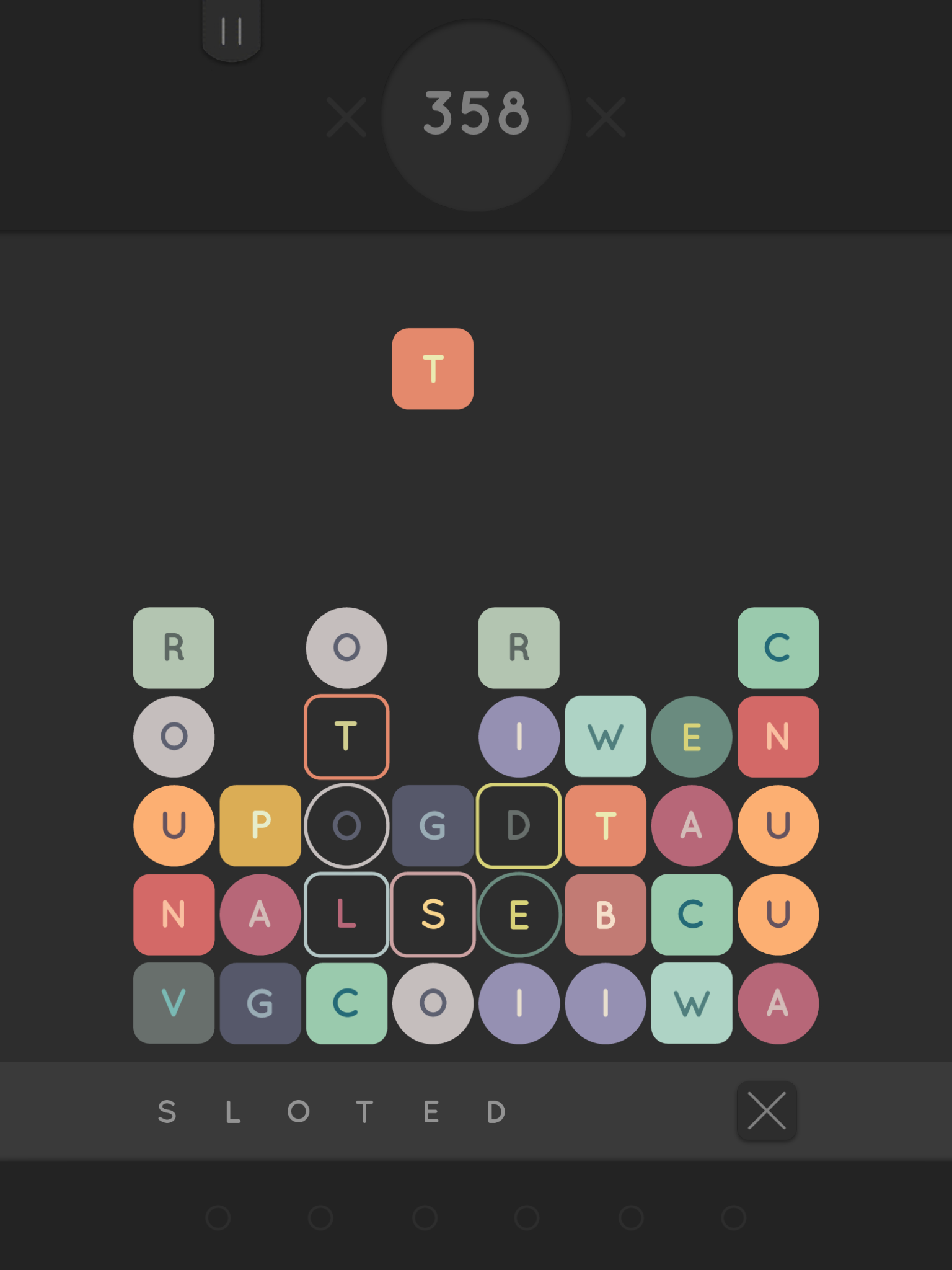 If that’s not bad enough there are also concealed letters. Some fall with black covers, other conceal as you progress through the game. In order to know what’s underneath, you have to select these letter dots costing you precious fractions of a second once the letters start falling rapidly. You’ll also have to really watch your spelling. Five misspells and you’re done.

The game adjusts difficulty based on your level so that gameplay becomes increasingly difficult the better you get. It’s hard to believe BAIKOH isn’t actually more intuitive than that, increasing from game to game the better you get. There certainly seemed to be a massive jump in difficulty between game one (score surpassing 675) and subsequent games (scores in the neighbourhood of 250-300). 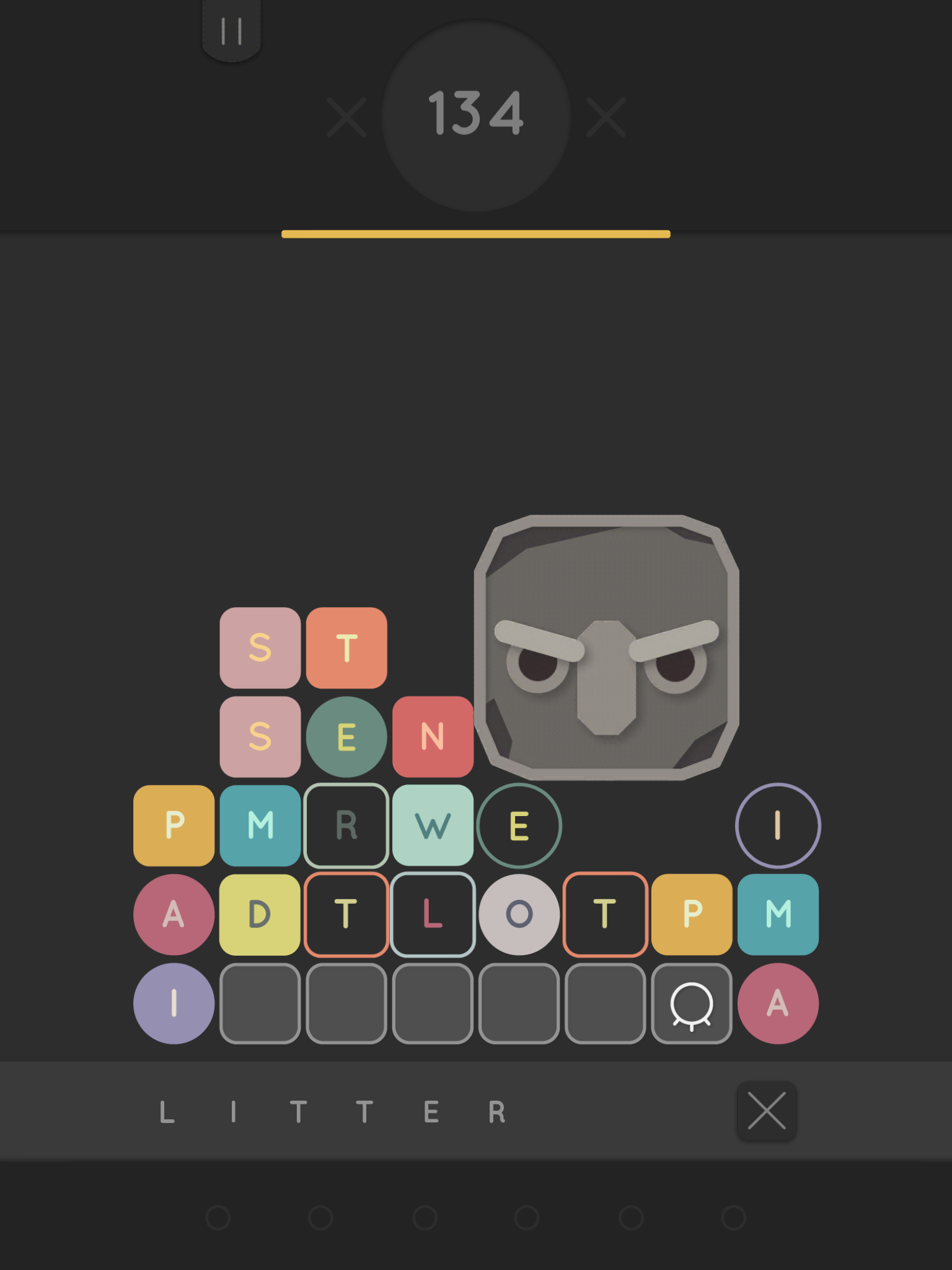 BAIKOH isn’t all pain and no relief, though. The game allows you to use badges which, if chosen wisely, can greatly prolong your game considerably by chomping down the tallest stack of letters in play or removing all traps currently in play. The badges, like in most free-to-play games, cost in-game currency to deploy — but if you’re playing fairly well you should be able to collect enough coins each game to be able to use at least one badge in the next.

If you’re not ‘ad’verse, BAIKOH also gives you one revive per game, allowing you a chance to jump back in with a board similar to what you’re given at the start. This essentially amounts to a second life and is an opportunity that shouldn’t be ignored. There are also ads at end of game, but considering the length of games, this doesn’t seem excessive and most importantly they don’t interfere with gameplay. 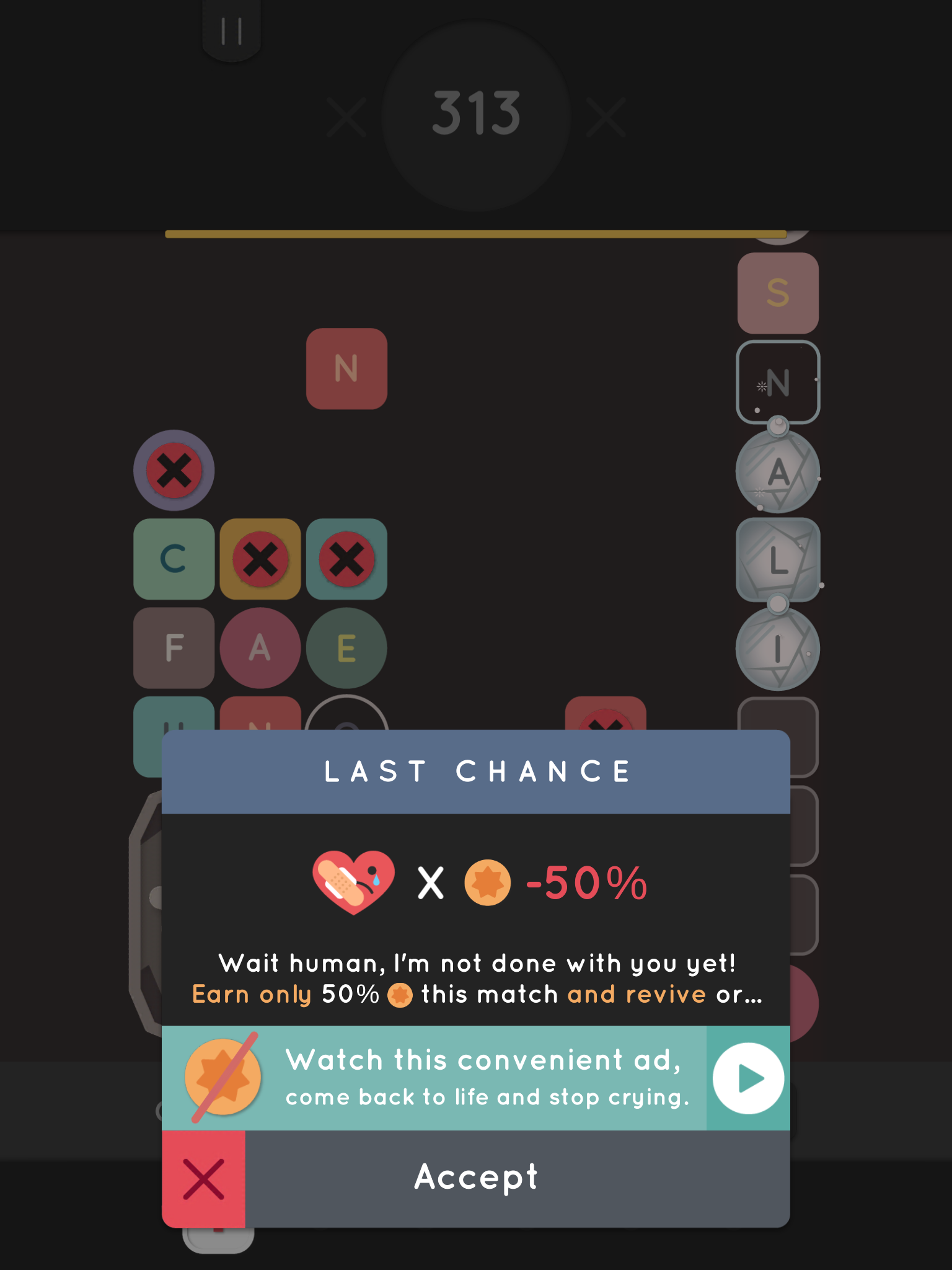 The pace of BAIKOH makes it one of the most challenging word games of 2017. This is reason enough to check it out. However, when combined with how good the game looks and its stellar performance across a range of devices, it would be fair to call this one a title you can’t miss. There’s no way the mums (and dads) of this game’s developers aren’t proud.