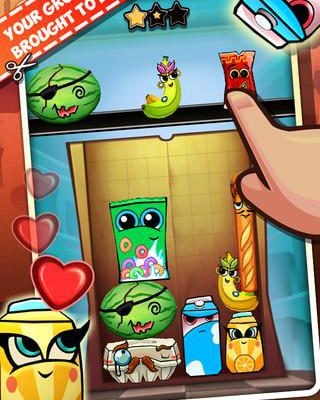 Bag It! is far more fun than packing groceries has any right to be

I’ve said numerous times throughout my life that my ability to pack a suitcase or car so efficiently can be attributed to the thousands of hours I’ve spent playing Tetris. Filling every nook and cranny, rotating and sliding each piece just so. My skills are superhuman. So when presented with Bag It!, a game where the task at hand is to pack a bag of groceries by moving items around on a grid… well, I’ve been training for this my entire life.

Bag It! isn’t really a whole lot like Tetris gameplay wise. You’re not guiding pieces as they fall down the screen or anything like that. It’s actually a lot closer to a tangram puzzle, where you’re given a bunch of differently sized pieces and need to rotate and move them to get them to all fit together. Only here, you’re doing it with groceries.

One of the coolest features of Bag It‘s “fill the bag” gameplay is that you need to factor in weight and shape. Everything has a different heft to it that needs to be accounted for, so no putting melons on top of cereal boxes or putting your eggs underneath the milk. The OJ isn’t as bad as the milk, but be careful about stacking too much of it on anything fragile, as the weight adds up. The point is to stack as much as much as you can fit in the bag without crushing anything.

Once the bag is full, the game goes into a physics check where all the groceries you bagged sort of “settle.” You can tilt the iPhone back and forth to make sure nothing gets crushed as this happens. It’s a great effect, and makes you think ahead about what you’re putting where.

The game has a total of 50 levels (for now) that are broken up into different game types. In some you need to bag the groceries and that’s it. In others you’ll need to solve puzzles, where you’re presented with a few pieces in the bag and need to figure out how to add more. There are modes where you go as long as you can, and even some where your task is to crush and destroy as many items as possible.

All of these levels provide a maximum of three stars as a reward, and those stars are based on things like speed, how many groceries you crush, and other various level specific achievements like getting certain items next to each other or having them all upright. 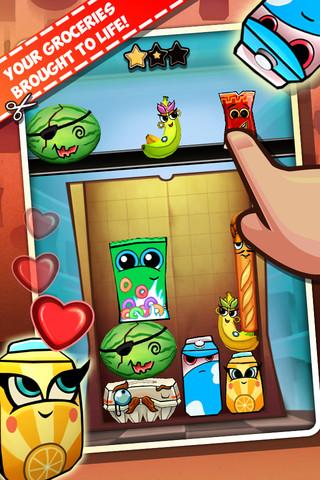 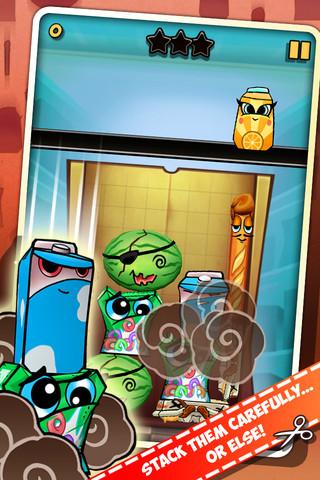 I only have one complaint about the game, and it’s that I wish there were more types of groceries to deal with. I wouldn’t mind doling them out over time, but the ones they give you become second nature after awhile. I know how much weight to put on certain items, and would like to see new things constantly added to the mix to keep the difficulty up higher.

Still, you know it’s a solid title when your only complaint is that you want more of it. I play so many iOS games these days usually the best testament to a game’s worth for me is if I’ll ever play it again after being done with the review. In this case I can honestly tell you that not only will Bag It! continue to reside on my iPhone, but that it’s going to get played… a lot.