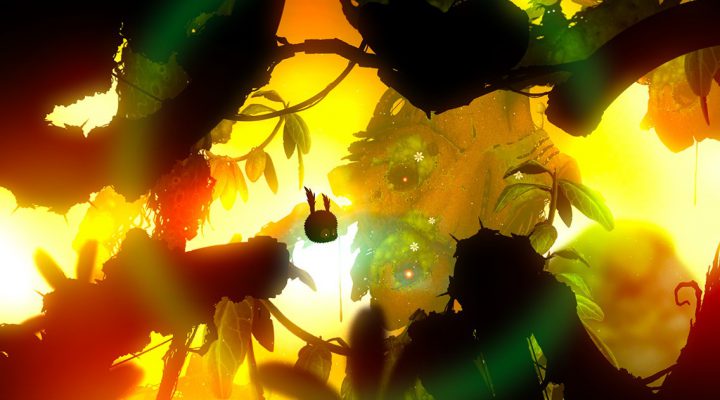 A great game to unwind with

At launch, it doesn't have nearly as much content as the original (but updates will no doubt change that as time marches on)

Local multiplayer, which was a blast in the first game, is absent here

One of the most popular iOS games of the past few years was Frogmind’s Badland, a physics-focused puzzle game that had players leading small groups of puffy, bird-like creatures through a labyrinth of dangerous obstacles. Badland went on to win Apple’s 2013 Game of the Year award, and saw numerous content additions (like a level editor) since its release.

Nearly three years later, Badland 2 is here. It too has players flapping bouncy little bird-creatures through a myriad of sharp obstacles able to pop the critters like balloons. In fact, it’s a lot like the 2013 hit, albeit a bit more polished graphically. That’s not to say the game isn’t really trying anything new or innovative; but Badland 2 is so sleek and refined even before you consider the new gameplay tweaks that simply getting “more of the same” would have been fine with me. 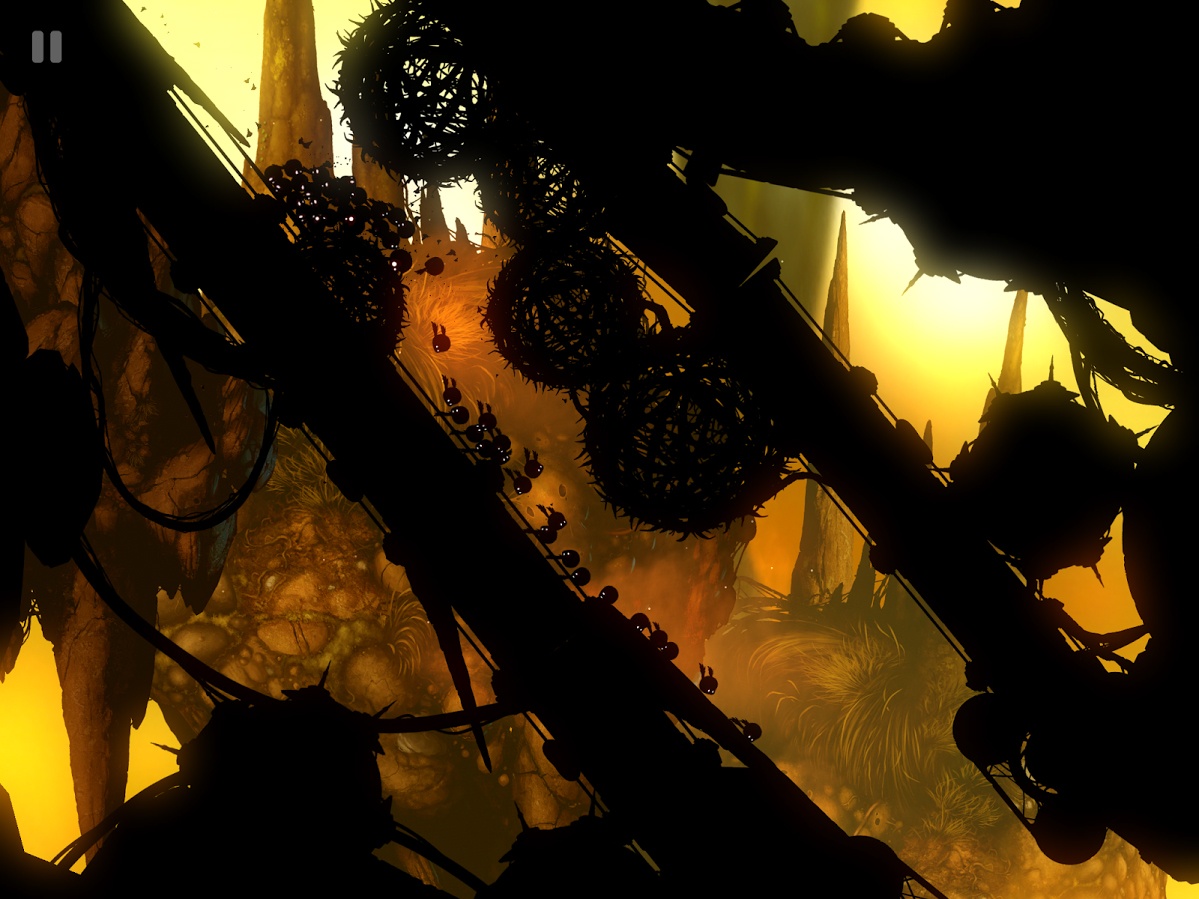 Even though you’re navigating cute little critters through dangerous, shadowy environments, the game is surprisingly relaxing. It’s downright de-stressing to play at times, and as I bounced the characters around the level, the noises they made as they collided made gentle sounds, and their unfortunate demises were soft pops like a cartoon bubble. Nothing was jarring about the experience, even the larger creatures only lurked from the shadows of the background, their eyes watching my critters go about their little adventure.

Just like the first game, the controls in Badland 2 are as simple as tapping the screen to get the critters to flap. This time around, though, they’ve made a tweak: they’ve introduced left taps and right taps, allowing you to control the direction of your character. They’ve also added in a wide variety of new threats, from lasers and flamethrowers to just really sharp spikes. Despite its continued zen-like nature, the level of challenge has been notched up from the original — and that’s something few fans of Badland would ever find complaint with. 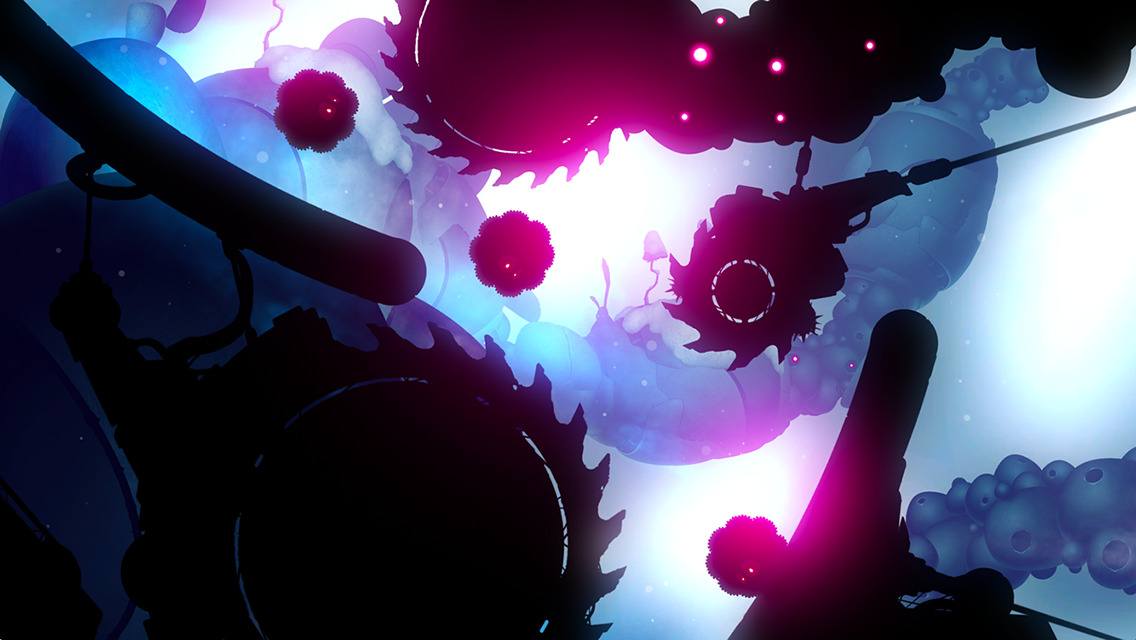 Badland 2 is just as accessible as the first, making it a perfect game to pass around at a family gathering, or during a long car ride — and yet the simple addition of going backwards has made the game infinitely deeper than its predecessor. You’ll be able to explore your environment more, as well as traverse no just left and right, but up and down.

Most of the obstacles and traps that are in the game will surprise you on your first play through of each level. You’ll die a lot, but half the fun is watching the cute little creatures get obliterated in increasingly creative ways. The other half of the fun is figuring out just how to bypass all of those traps. Once the level starts, the screen does not stop, it slowly pans across the level. If your critters fall off screen they are instantly eliminated, so the trick is to simply keep going.

Badland 2 also features an online mode that lets you race against the ghosts of other players. I am not one to chase high scores, but the fact that I can see my opponent turns Badland 2 into an experience more akin to a really macabre Mario Kart, rather than one where I am competing alone and only have a static number on a scoreboard to try and top.

Just like the original, Badland 2 is an easy recommendation. It’s stylish, sleek, challenging, and most importantly: it’s fun.