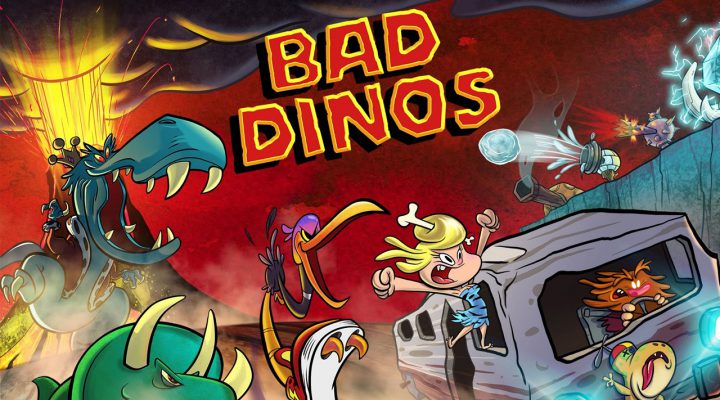 Capturing and controlling enemy units is a unique twist in tower defense.

Beyond one gimmick, this is a very by-the-numbers tower defense offering.

As a tower defense game, Bad Dinos is jumping into an already pretty crowded pool. Can it manage to make enough of a splash to set it apart from all the other tower defense games currently available for mobile devices? 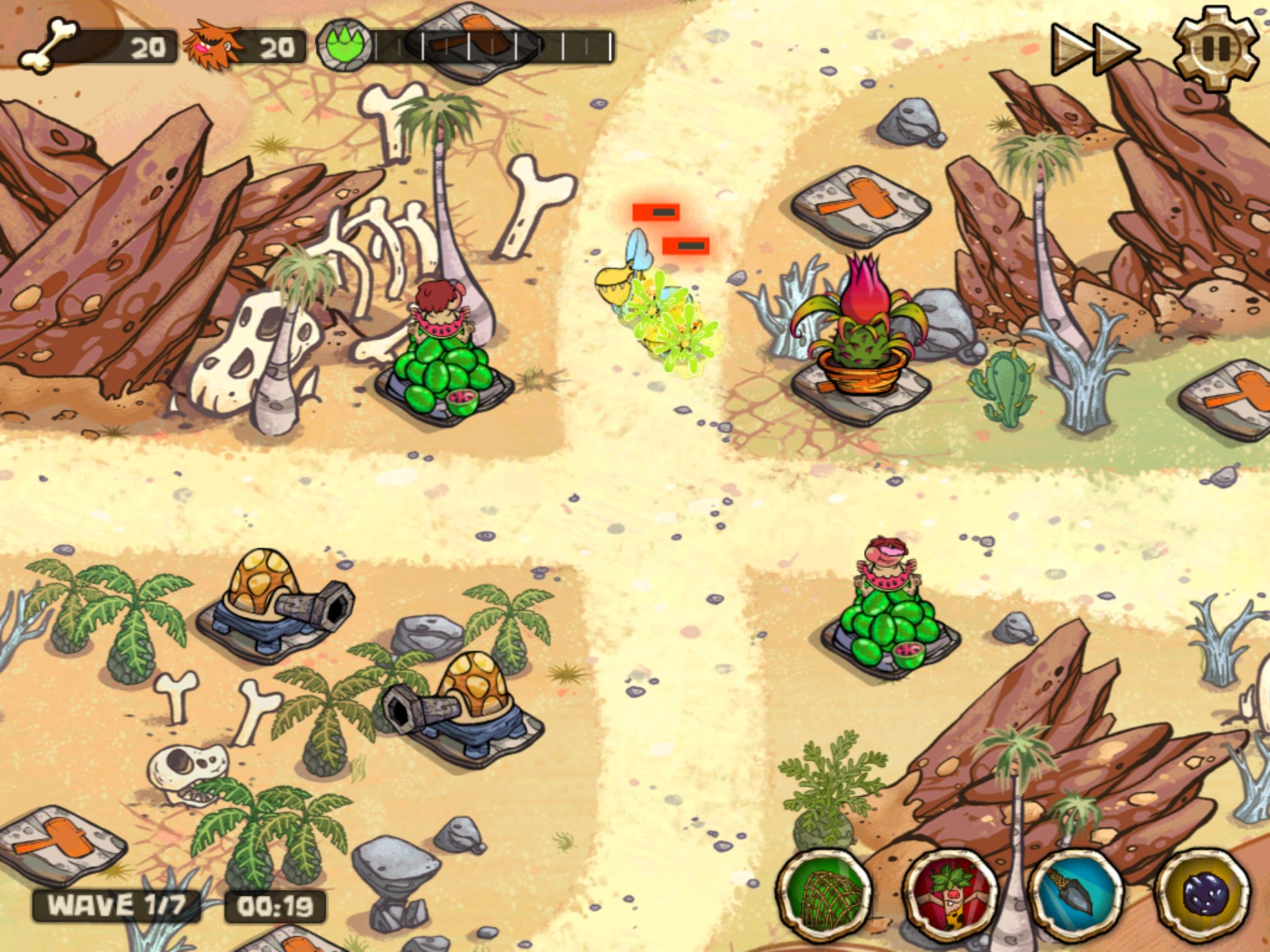 With a Flintstones-friendly theme, Bad Dinos features both cavemen and dinosaurs in a familiar tower defense setting. Players are tasked with defending a group of cavemen from waves of hungry dinosaurs by placing stationary towers that can pick off the dinosaurs one at a time. As with most tower defense games, the enemy dinosaurs in Bad Dinos come in waves that the player must eliminate and survive in order to progress through the game.

Apart from a dinosaur-capture mechanic, the Bad Dinos gameplay experience brings nothing new to the table for anyone who’s played a tower defense game in the past few years. TD veterans will have no problems jumping right into Bad Dino’s gameplay, setting up rock-hurling or watermelon seed-spitting cavemen to deter the incoming dinosaurs. 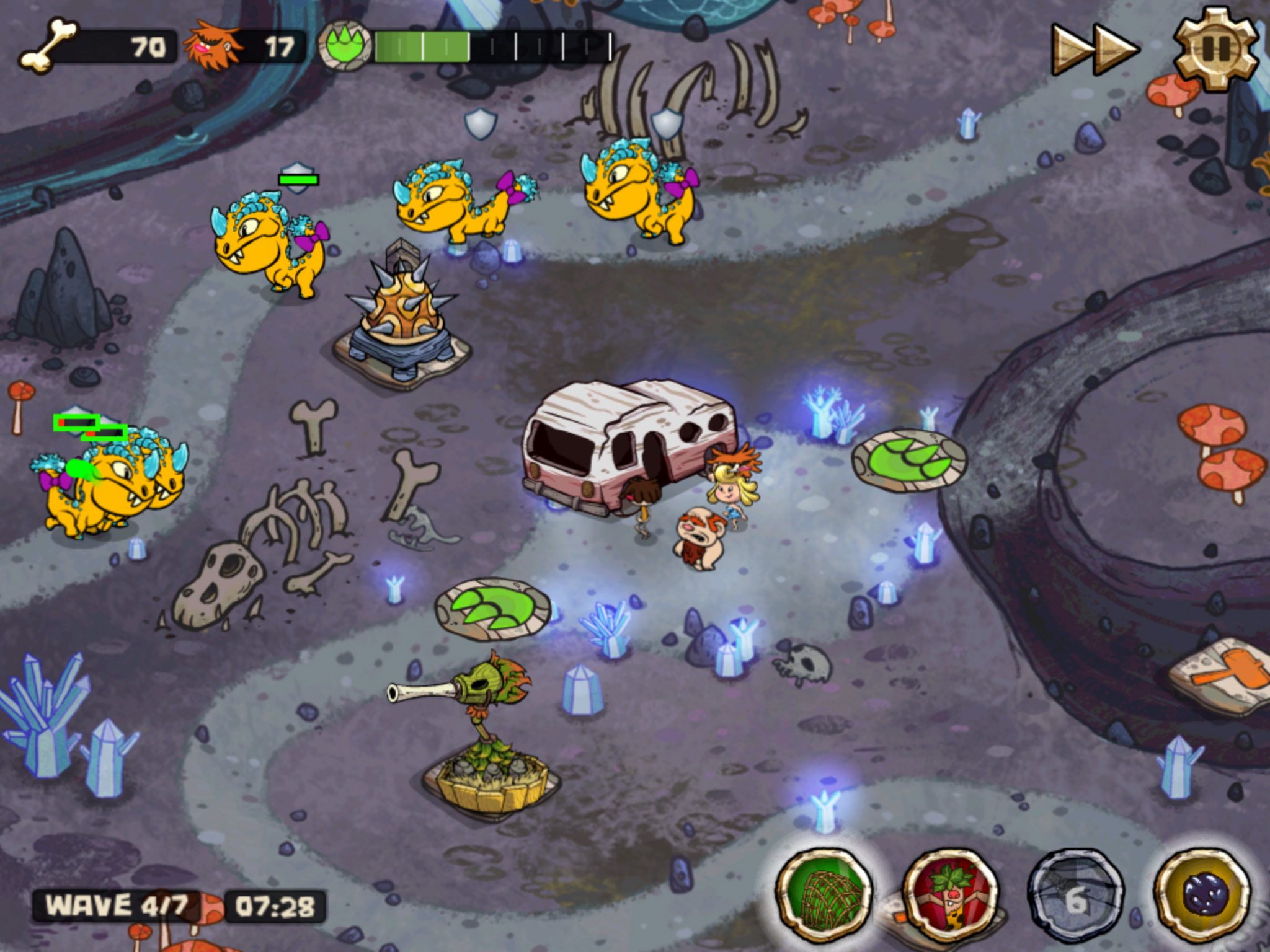 Capturing dinosaurs is the main twist to the tower defense mechanic that Bad Dinos employs. This involves waiting until an enemy dinosaur has about 10% of its health left and then dropping a net onto the wounded dinosaur. Once captured, the dinosaur can be released from the player’s main point of defense. It will traverse down the path to intercept any dinosaurs it comes into contact with.

To add a bit of strategy into the mix, there is a dinosaur hierarchy that players should adhere to; the bigger dinosaurs eat the smaller dinosaurs. In other words, don’t release a compsognathus and expect it to take down a tyrannosaur. It’s just not going to happen.

Apart from that one unique gameplay element, nothing about Bad Dinos really helps the game to stand-out. It’s a solid tower defense game that rewards strategic tower placement and punishes players for making ill-planned or lazy decisions — but it’s all too familiar for veterans of the genre. Strip away the dinosaurs and replace them with barbarians or stormtroopers, and it’s more or less a game you’ve played countless times before.

With that said, Bad Dinos is a still solid tower defense game. Everything worked just as it was meant to, and it’s all themed in a silly, prehistoric dressing. If you’re looking for a new tower defense experience that doesn’t color too far outside the lines, Bad Dinos would be a good choice.